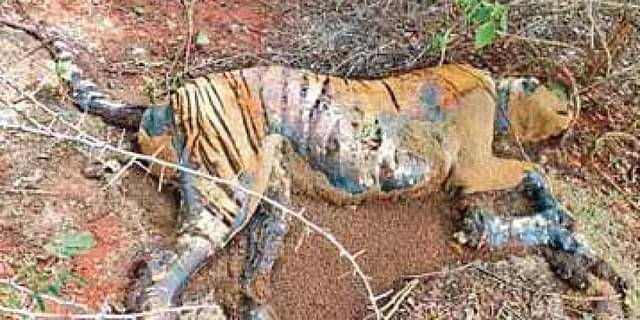 The tiger carcass found. Image: As originally published by The New Indian Express.