By NewsroomSeptember 19, 2019Anti-poaching, Education
No Comments

Some stories are harder to tell than others, and the team who made Stroop certainly embarked on an emotional rollercoaster these past few years.

At times, this Carte Blanche segment from Sunday makes for very difficult viewing, but it’s also a testament to the incredible work of those who made Stroop happen. 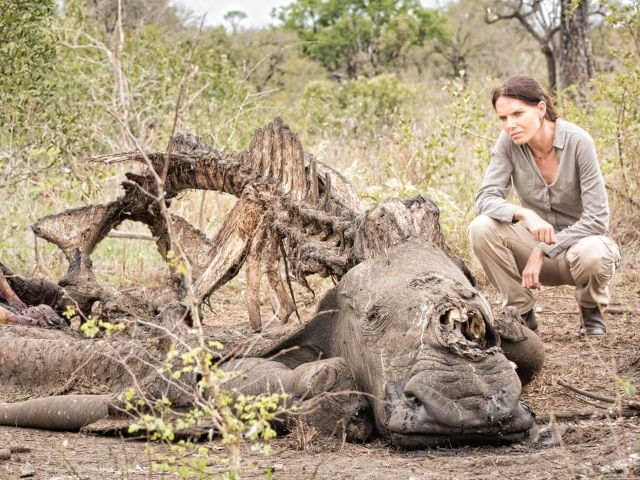 Original photo as published by 2oceansvibe.com.

“The Afrikaans word for ‘stripping bare’ – Stroop, is a carefully chosen depiction of the decimation caused by the unrelenting poaching of rhinos for their horns in South Africa, and the name of an unflinching documentary exposing the forces behind the horn trade on two continents.

Now feted for their courage and grit, director Susan Scott and on-camera journalist Bonné de Bod gave up their day jobs, cashed in their insurance policies and moved home to live with their mothers, to fund their four-year odyssey into this criminal underworld.

With Stroop garnering international accolades, Carte Blanche meets the women who risked everything to bring the story home.”