By NewsroomJanuary 21, 2020Anti-poaching
No Comments

Since wildlife poaching in Africa became a critical conservation issue, Chinese people have been portrayed as ruthless in the apparent pursuit of wildlife body parts. The Africa-China Reporting Project in Wits Journalism enable journalists to cut through the rhetoric, stereotypes and generalisations.

Nigerian writer Chimamanda Ngozi Adichie spoke about the “danger of a single story” in a widely shared TED talk. Indeed, the narrative of a rapacious Asian Tiger persists in portrayals of Chinese people as ruthless poachers.

The Africa-China Reporting Project (ACRP) explains that it’s erroneous to peg Chinese people as the villains in what turns out to be a complex set of circumstances and responses. 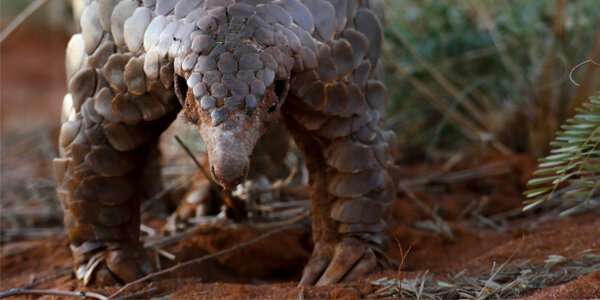 The Project is a mechanism for breaking down dominant narratives about China generally, and in wildlife conservation specifically.

“Reporting on China and its burgeoning social, political and economic relationships in Africa was often black or white—China was either seen as a predator of Africa’s resources, or a benevolent contributor in a place to bolster failing infrastructure and economies,” says Project Coordinator, Barry van Wyk.

The ACRP’s mission is to enable journalists to “cut through the rhetoric, stereotypes and generalisations” and find a way to access the real stories defining China-Africa relations “on the ground.” Understanding these dynamics and reporting them holistically will do more to advance a wildlife conservation and anti-poaching agenda constructively.

The Project enables journalists from Africa and China to craft rich stories on environmental sustainability, community development and the dynamics of Africa-China relations in the context of wildlife crimes.

“We want to probe what the untold stories are. What are the on-the-ground perspectives and daily realities? What are the impacts on communities that live close to national parks?” says Van Wyk.

A story in 2017, for example, featured a description by an African journalist of how pangolins are poached in rural areas in Cameroon and transported to the cities, and an exposé by Chinese journalists of an elaborate criminal pangolin smuggling network that passes through Hong Kong, Singapore, South Korea and Mainland China—but the story also depicted the many volunteers in Mainland China and Hong Kong fighting the scourge of pangolin smuggling.

Journalists at the Wildlife Poaching and Trafficking Journalism Training Workshop, a collaboration with the World Wide Fund for Nature (WWF) in Hoedspruit on the border of the Kruger National Park, from 9 to 12 July 2019 found that the poaching discussion had been racialised, and tended to portray the image of Asia rising in Africa, or East Asians encircling Africa’s wildlife. The blame for illegal wildlife trade was usually assigned to several scapegoats such as China and Vietnam, corrupt officials, and incompetent governments.

“Most stories focus on events at the expense of context and the factors behind the phenomenon. Communities living around national parks, for example, have to contend with complex socio-economic realities that are a result of colonialism, apartheid, and civil war. However, in media reporting on illegal wildlife trade, these are usually just add-ons.”

“Booysen comes from a village close to Katima Mulino and lives with his mother…After showing me the lion skin, Booysen said [if] I wanted to buy ivory, I’d have to wait for a couple of days since he needed to get the tusks from friends… According to the United Nations Development Programme, 31% of the 2.3-million people living in Namibia live on less than US$1.25 a day, and most of the poor live in the north. A policeman combating wildlife crime told me there are poachers and middlemen on the supply chain. The middlemen, often found to be locals or from neighbouring countries, hire poachers or simply buy the goods from them, and then sell it to Asian buyers. Booysen might be a middleman in the illegal trade. When I asked about his suppliers, he answered: “My friends get that stuff for me. You can count on me.” I agreed to wait two days for the ivory…. The police were tipped off and were waiting at the agreed venue when Booysen and his friends arrived at the agreed meeting time. Before he was arrested, Booysen was in a party mood as I shook hands with him and his friends in greeting … On October 5, two days after the arrest, Boysen and his two companions were charged with illegal possession of wildlife products.”

Shi Yi, an ACRP-funded journalist, won Journalist of the Year at the 2016 China Environmental Press Awards.

In 2013, the Africa-China Reporting Project and environmental investigative journalism unit, Oxpeckers, supported two Chinese journalists who were reporting in Nelspruit on the border of the Kruger National Park.

Chinese journalist Huang Hongxiang investigated the role that Chinese nationals play in the thriving rhino horn trade in Johannesburg. His article elicited a heated response from the Chinese Embassy, who then invited him to meet and discuss ways of addressing the illegal smuggling.

The success of Huang’s work led to the establishment of China House in Kenya—an NGO supporting Chinese communities in Africa to undertake wildlife conservation activities.