By NewsroomOctober 22, 2019Conservation, Education
No Comments

In the spirit of World Rhino Day, Charterhouse School and The Threatened Traveller Project are collaborating to create awareness about the state of the rhino population and their conservation within South Africa.

Nature conservation lecturer and creator of the project, Graeme Wilson, believes that the youth controls the future of rhino conservation.

The project is aimed at educating the youth about rhinos and their well-being.

Kayla Selesnick, a fourth-year student at Varsity College, worked alongside Monique Sheldon (Charterhouse Foundation Phase HOD) and Graeme Wilson with the focus on nature conservation. They developed a series of lesson plans that could easily integrate into any curriculum with varied resources including a fibreglass replica horn and dung, mini rhino models, rhino skin, photos and books. 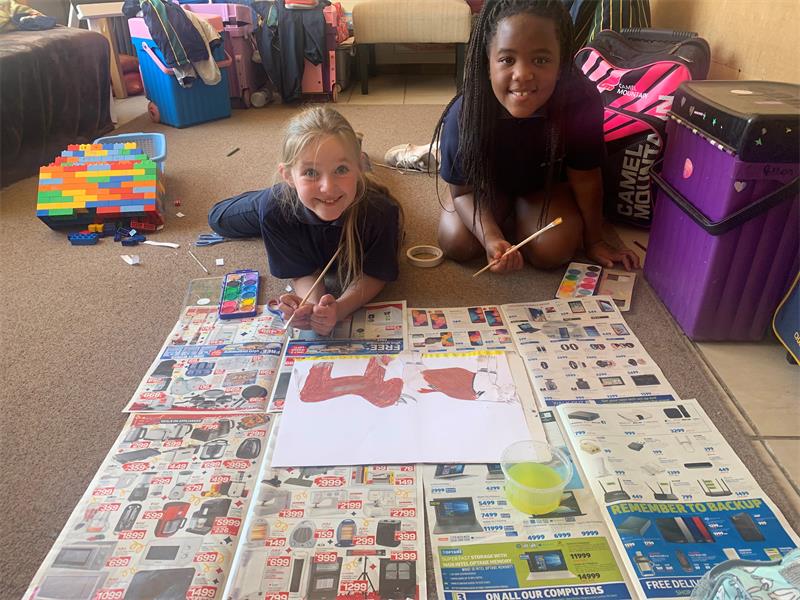 These lessons covered the concept of rhino conservation, and vocabulary used in this field such as protection, conservation, endangered and poaching. The learners showed their commitment to this initiative by creating a mural at their school and sharing the information gained to promote further awareness.

Tshukudu’s passport has been stamped and he is now on the next leg of his travels at Nkholi Primary School. Charterhouse has been working alongside Nkholi Primary for the past 3 years.

The school was eager to take on this topical initiative and introduced Tshukudu to the children the next day, together with the other resources and the lesson pack.

Teacher Monique Sheldon said, “The children enjoyed the challenge set to the school as it made a valuable link to World Rhino Day on 22 September.”