China offers buyouts to wildlife farmers in response to pandemic

By NewsroomMay 22, 2020Uncategorized
No Comments

The Chinese government is offering to buy out animals on wildlife farms, and to help farmers change their agricultural practices, in an effort to reduce the consumption of wild animals. This step could have big implications for the management of wildlife in China in the midst of the COVID-19 pandemic, experts say.

The novel coronavirus, which has affected more than 82,000 people in China and nearly 5 million people worldwide, is believed to have originated from a wet market selling wildlife in Wuhan, China. On Feb. 24, the Chinese government responded by banning the trade and consumption of wild animals, and on April 9, it released a draft list of animals that could be legally farmed for food and clothing. The majority of listed species were domesticated animals like pigs, cattle and sheep, although it had a separate category for “special livestock” such as reindeer, alpacas and emus that could be farmed for food, and minks, Arctic foxes and raccoon dogs that could be farmed for fur. 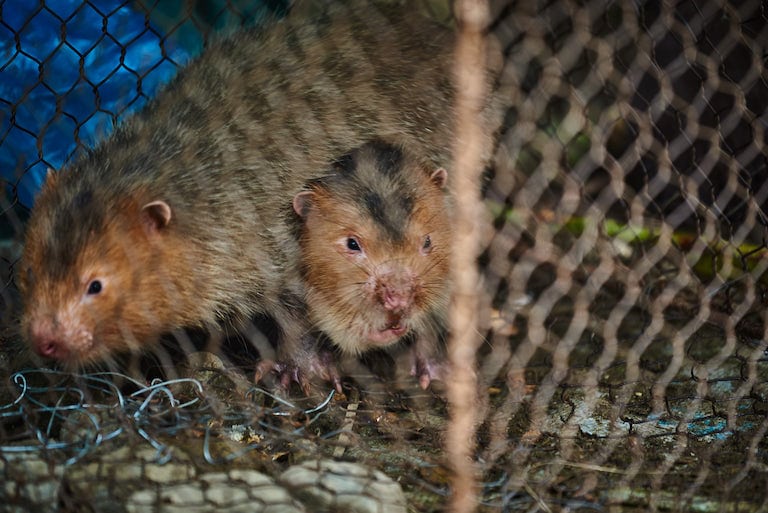 Some wild animals may continue to be legally farmed, but the Chinese government will offer payment to farmers of at least 14 wild species , including king ratsnakes (Elaphe carinata), bamboo rats (Rhizomyini spp.), Asian palm civet cats (Paradoxurus hermaphroditus), Chinese muntjac deer (Muntiacus spp.), and Chinese bamboo partridges (Bambusicola thoracicus). The highest level of compensation is allotted for the Chinese muntjac deer — 2,457 yuan ($346) per individual —  while each Chinese bamboo partridge will be bought for 57 yuan ($8).

While this buyout agreement was initially presented to farmers in Hunan and Jiangxi provinces, where the majority of wildlife farming takes place, farmers in other provinces, including Guangdong, Yunnan and Guangxi, are being offered similar deals, according to Steve Blake, China’s chief representative at WildAid.

“There are several thousand wildlife breeding operations in each province, especially in some of the less economically developed provinces in the northeast and southern China,” Blake told Mongabay. “These operations are obviously on varying scales and for different uses, but the numbers are pretty staggering. The industry is valued at tens of billions of dollars annually. The fact that China is moving so quickly to clean up such a vast and complicated industry is really astounding.” 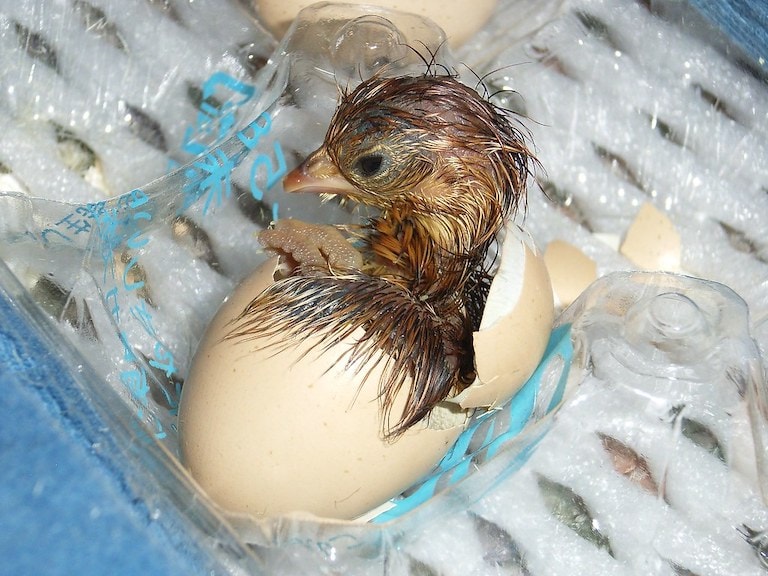 “Buyout is a way for the breeders to exit the farming which was encouraged by the government,” Li told Mongabay in an email. “If the farmers do not want to accept the buyout arrangements, they are completely free to stop the farming operation by themselves. However, according to the buyout plan, the farmers cannot farm these animals for food any more.”

More species may be added to the buyout plan, which is only in draft form right now, Blake said.

“This first list of 14 species is the first batch of species to be listed for compensation, probably because they are more commonly bred,” he said. “Since it’s listed as ‘the first batch,’ then there should be more to follow.”

Some farmers will lose their livelihoods, but they will receive government assistance to help them transition to growing vegetables, fruits, teas, or herbs for traditional Chinese medicine, or to even farm other animal species like pigs and chickens. 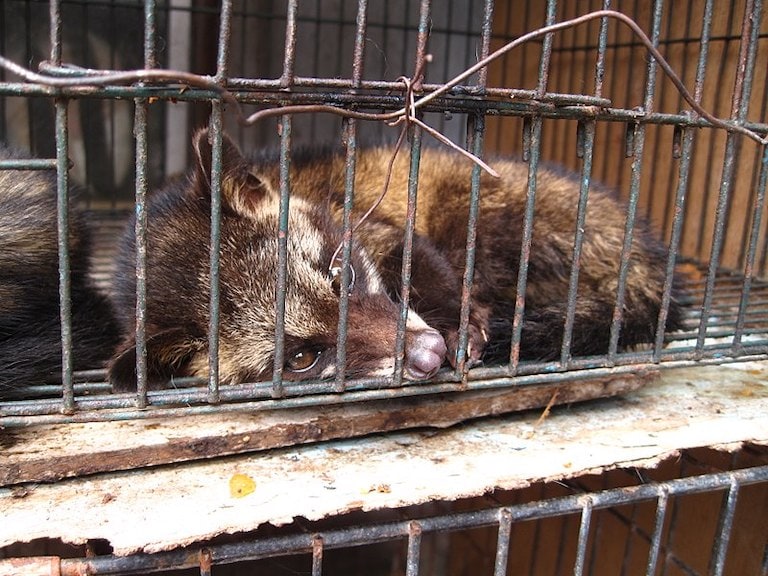 A caged civet cat. Image by Wikimedia Commons. Photo as published by Mongabay.

Once the animals are purchased by the government, they face one of three fates, according to HSI. In certain circumstances, they will be released back into the wild, but most animals will be allotted to industries such as zoos and research facilities, or simply culled — and this has animal welfare advocates concerned.

“Culling programs in China and other countries in Asia can also involve truly barbaric methods such as live burial, and so we really hope to see the Chinese authorities mandating against such cruelty,” Li said in a statement. “The wild animal breeding farms and factories facing closure and transition must not sacrifice animal welfare in an effort to implement the new changes.”

There is also a big loophole in the buyout plan: farmers will be able to continue farming wild animals for traditional Chinese medicine, the fur industry or entertainment purposes. In the province of Guangxi, snake farmers, with the help of the government, are already repurposing their animals for the medicine and beauty industries, which will prevent them from having to shut down their farms, according to one news source. 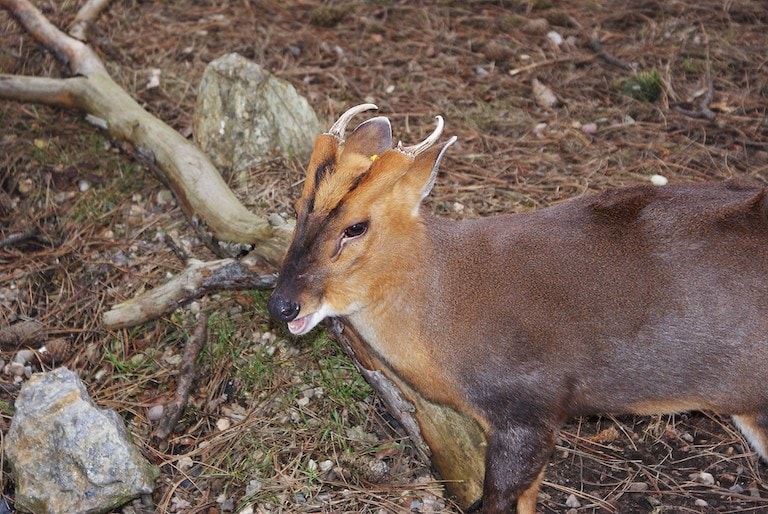 A Chinese muntjac deer. Image by nesihonsu / Flickr. Photo as published by Mongabay.

While the buyout plan leaves room for improvement, both Li and Blake say they believe it can help lead China away from wildlife consumption, and promote better management of wildlife in the country.

“By subsidising wildlife breeders to transition to alternative livelihoods, these provinces are demonstrating global leadership on this issue, which other provinces and countries must now follow,” Li said. “Chinese farmers not only have an opportunity to leave a trade that poses a direct threat to human health — something that can no longer be tolerated in light of COVID — but also to transition to more humane and sustainable livelihoods such as growing plant foods popular in Chinese cuisine.”

“These new regulations provide much needed clarity on what is permissible and improvements to the permitting process,” Blake said. “There has also been notable concern throughout society here for the breeders affected by this, so this compensation scheme is also very important to help them transition industries rather than revert to trying to sell these products illegally.

“The amount of attention and resolve that the government, media, and society in China have paid to the wildlife consumption issue in the wake of this pandemic is unprecedented,” Blake added. “There’s not only much improved policy measures resulting from this, but also I think public perceptions on the need to end some of this risky wildlife consumption is going to be long-lasting.”