China reclassifies dogs as pets, not livestock, in wake of the coronavirus

By NewsroomApril 14, 2020Conservation
No Comments

In the wake of the coronavirus pandemic — which is believed to have first spread to humans at a “wet market” in Wuhan, China, where live animals were sold for food — China has created new guidelines on which animals can be bred for eating. In one significant change, the rules reclassify dogs as pets rather than livestock.

The move signals an official turn against dog meat consumption, and animal welfare activists hope it will lead to an outright ban of the practice.

The Chinese Ministry of Agriculture and Rural Affairs said Wednesday that dogs would no longer be considered livestock, meaning they cannot be bred for food, milk, fur, fiber, medicine, or for military or sports purposes. 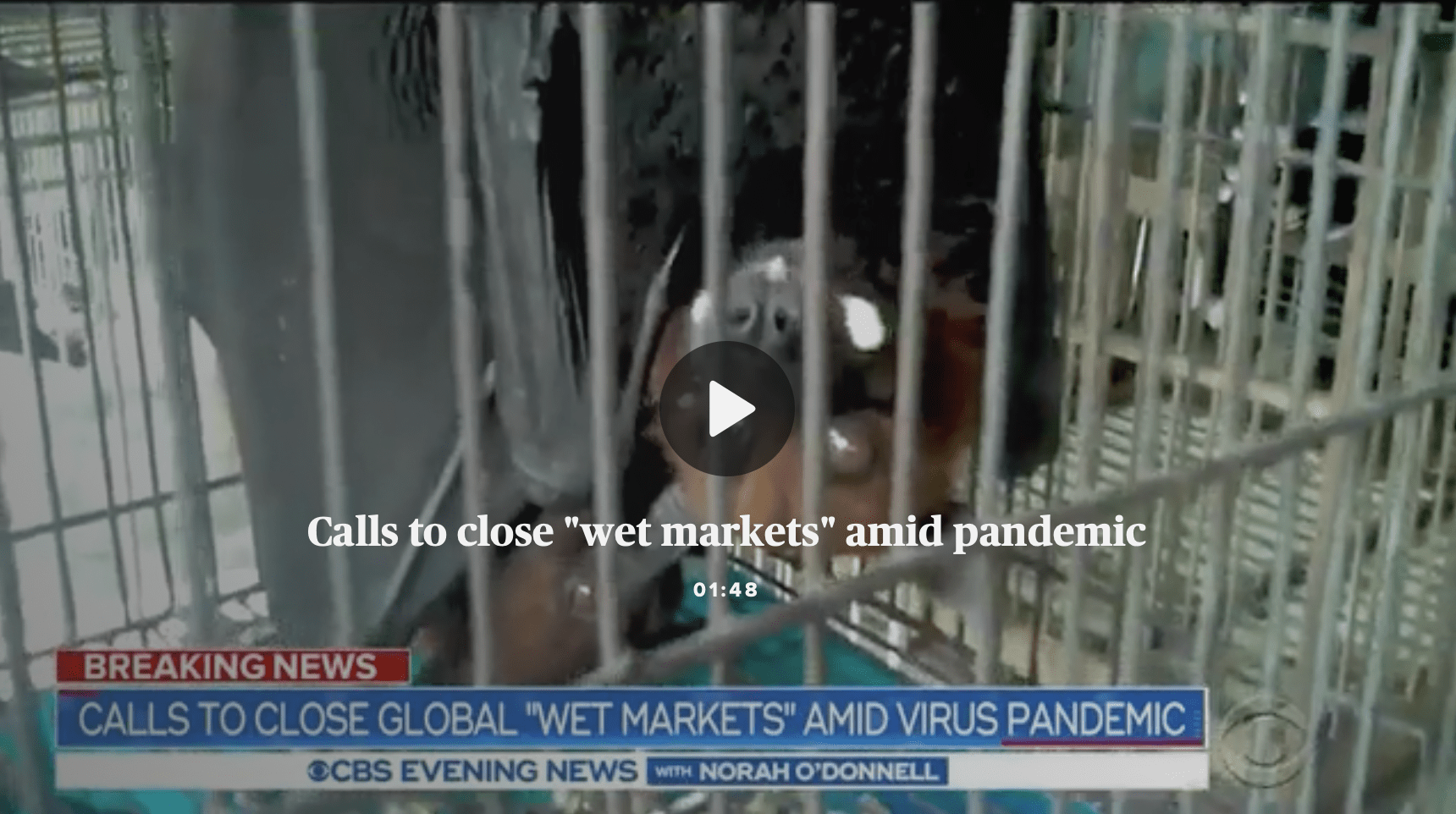 Original image as posted in video by CBS News

In a memo explaining its choices, the ministry listed the “progress of human civilization” and the “public’s concern” for animal welfare as reasons for reclassifying dogs as companion animals from traditional domestic animals. It also said that dogs are not considered livestock elsewhere around the world, and China now aims to follow those global standards.

The draft, which details which animals are allowed to be bred for meat, medical and other uses, lists 18 traditional livestock species, such as cattle, sheep, horses and chickens and 13 “special” species such as reindeer, alpacas, ostriches and foxes. The ministry is now seeking public comments on the guidelines by May 8, before they are finalized.

Researchers believe the novel coronavirus originated in bats and then passed through another species to humans at a wet market in Wuhan, where the outbreak was first detected in December. Since then,  COVID-19 has infected more than 1.6 million people worldwide and caused over 100,000 deaths.

In January, China temporarily banned the breeding and trading of wild animals during the pandemic, but it will soon resume the practice under the revised guidelines.

While dog meat remains a delicacy in some regions, it has become increasingly less popular. Last month, the city of Shenzhen became the first in the country to ban its consumption.