By NewsroomNovember 9, 2021Wildlife Trade
No Comments 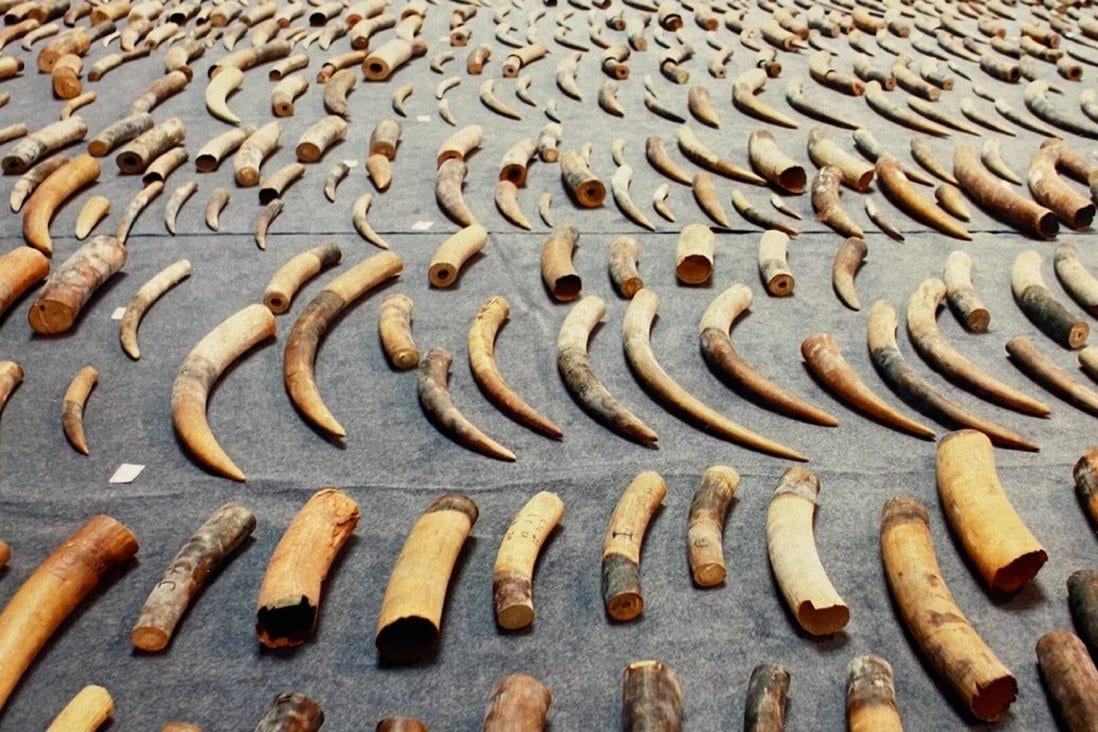 Crackdowns and tough controls have largely kept illegal wildlife trade off China’s e-commerce platforms, but a robust trade in fossilised woolly mammoth ivory could threaten the drive to stamp out demand for elephant products, according to an undercover probe.

A sweeping evaluation over the course of 300 online hours between August and December 2020 turned up more than 4,000 advertisements selling wildlife or their products, including from woolly mammoths, camels, narwhals, peacocks and rhinoceros.

Most of the ads – at least 85 per cent – were for wildlife or their products that did not fall under “protected” status in China, meaning they could be legally traded, according to the WJC.

Products from around 14 species protected by law in China were listed for sale, making up around 15 per cent of advertisements, although the group did not verify whether they could be purchased.

The WJC, which works with undercover agents and local law enforcement around the world to expose and dismantle wild animal trafficking, viewed this as a “low level” of advertisements for illegal goods.

“It is likely that proactive measures taken by many of the concerned platforms, some of which are owned by the Alibaba Group, have taken effect and this has cascaded to users, leading to a low level in the prevalence of those advertisements,” they said. Alibaba, which owns the South China Morning Post, did not immediately respond to requests for comment.

In recent years, Chinese companies have joined international initiatives to eliminate wildlife trafficking and purge it from e-commerce, while policy and enforcement action in China have deterred traffickers or driven them further underground, according to the WJC.

While it was expected that these measures had reduced illegal e-commerce trade, one finding surprised the investigators: the large amount of products made of woolly mammoth ivory.

Those products, made from the fossilised tusks of the extinct animals largely mined in Siberia and shipped to China, accounted for some 73 per cent of all advertisements identified in the investigation.

“I did not expect that at all,” said Sarah Stoner, WJC’s director of intelligence.

Products included carved figurines selling for as much as US$26,000 as well as jewellery selling for a few hundred US dollars, and cheaper pendants. The trade is legal and has been encouraged by the government as a replacement for elephant ivory for use in traditional artistry, according to WJC.

However, the group warned that trade of this product – by far the most frequently advertised item observed by the investigators – could drive up demand or act as a cover for the sale of elephant ivory.

“It is important to consider whether the mammoth ivory trade is susceptible to being used as a method to launder elephant ivory to service traditional ivory markets such as Hong Kong SAR, mainland China, and Japan,” said the group, pointing to recent research showing that in Japan elephant ivory was being sold under this cover.

“It will be important for China to consider the role that the legal mammoth ivory trade is having on potentially perpetuating demand for elephant ivory, and to develop and implement measures to ensure it does not become a threat to wild elephants.”

Undercover operatives working as part of the investigation contacted the 23 traders selling mammoth ivory products and found four out of the 11 that they could contact were “willing and/or able” to source elephant ivory for sale. Items on offer included five whole elephant tusks, as well as jewellery and figurines.

But most of the responses given to the agents suggested sellers felt it was no longer worth the risk to trade elephant ivory after the ban, according to the report. However, the WJC was not able to verify the kind of ivory being sold.

Stoner said China’s ban and the subsequent law enforcement actions have had a “profound effect” on elephant ivory trade in the country.

“I’ve really seen a huge change … lots of individuals that we know that were really prolifically trading in [elephant] ivory previously have just walked away from it completely,” she said.

However, the scale of the demand for mammoth ivory picked up in their latest investigation has raised new questions for Stoner and her team, especially as Hong Kong approaches putting into force a complete elephant ivory ban next month and Russia has recently placed limits on the export of mammoth ivory.

“There is a lot of demand that we need to understand a lot more about … Even though elephant ivory is banned, elephants still exist out there and they could potentially still be threatened by this,” she said. “We really need more information and assurances about how [mammoth ivory] trade is being regulated – and it’s not being regulated at all at the moment.”