By NewsroomNovember 21, 2019Uncategorized
No Comments

What do a helmeted hornbill (Rhinoplax vigil), a narwhal (Monodon monoceros), and a tiger (Panthera tigris) have in common? Find your way to the right message board and you’ll see all their bones strung on the same bracelet. Along with rhino (Rhinocerotidae spp.), elephant (Elephantidae spp.), saiga antelope (Saiga tatarica) and many other species, they are victims of the Chinese market for wénwan.

Composed of the characters 文 (culture) and 玩 (play), wénwan refers to an ideal of scholarship and sophistication once represented by the calligraphy tools of the Song dynasty (960–1279 CE). However, its meaning has changed over the past centuries, and it now refers to any number of collectible items that show an owner’s taste, discernment and status, including sculptures, jewelry, paperweights and seals.

Most wénwan are crafted from jade, porcelain, olive pits and walnuts, and collecting them is often a harmless hobby. As with any collectibles, there are trends: from 2008 to 2013, the price of walnuts skyrocketed as walnut-shell jewelry became a must-have. Walnut farmers grew rich and businessmen speculated on walnut futures until an abundant harvest in 2014 flooded the market and sent prices crashing. 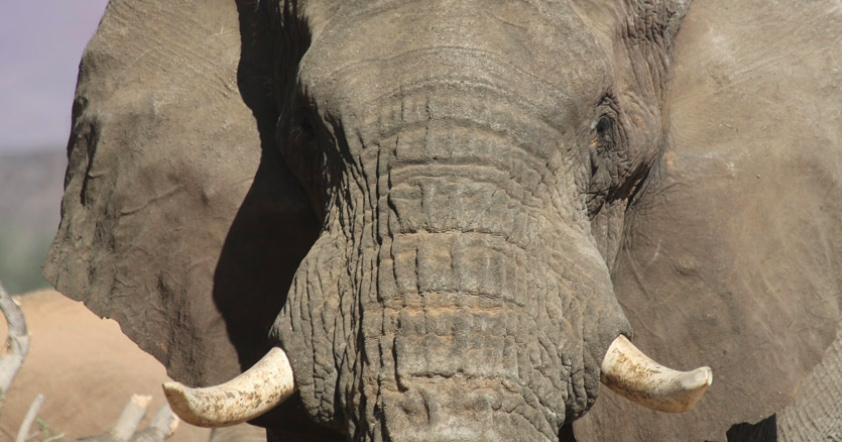 But sometimes wénwan trends are less benign. The average weight of a seizure of pangolin scales has more than tripled from 2014 (208 kilograms, or 458 pounds) to 2018 (723 kilos, or 1,594 pounds). Often used in traditional medicine, the scales are also increasingly crafted to make jewelry, according to the U.K.-based NGO Environmental Investigation Agency (EIA). These numbers have made the pangolin (Manidae spp.) the most trafficked animal in the world, according to the International Union for Conservation of Nature (IUCN).

“There are too many factors that influence trade: e.g. enforcement pressure, source and supply, trade routes and logistics, to accurately predict what the next fads will be,” a researcher into the illegal trade, who asked to remain anonymous, wrote in an email statement. “Elephant skin is non-traditional in many ways, yet it has evidently taken a niche in the wénwan market. Because of this, wildlife trade research remains a passive and reactive process.”

The fad for elephant-skin wénwan is fed by a gruesome reality on the ground. The skin comes from elephants in neighboring Myanmar, which are poached and flayed whole. Traders then carve and polish chunks of dried subcutaneous fat, almost like woodworking, to fashion into bracelets and pendants. Capillaries give the beads their color, which can be anything from yellowish amber to a deep ruby red.

Some wildlife products remain perennially popular; on message boards, collectors ask each other how to get their hands on “one red, two black, three white” (一红二黑三白). The expression refers to helmeted hornbill casque (red), rhino horn (black) and elephant ivory (white) — the three most prized illegal wildlife products.

After hundreds of years of hunting for their casques, helmeted hornbills were listed as critically endangered in 2015. Known as red ivory and carved in the same way as elephant tusks, casques were first imported to China from Southeast Asia during the reign of Kublai Khan more than 700 years ago. The casques are often combined with other wildlife products: “red ivory” rings and pendants are set with elephant ivory and tiger teeth and claws.

The Tang dynasty (618-907) held rhino horn in such high regard that only the emperor and crown prince could wear rhino-horn hairpins. The reverence for rhino horn, which is made of keratin — the same material as pangolin scales and human fingernails — has continued into the present day. China banned the domestic trade in rhino horn in 1993, but in 2018 the government attempted to relax restrictions to allow for the sale of “cultural relics.” Thanks to a public outcry, this was postponed. Even so, said Margaret Kinnaird, a wildlife team leader with WWF, it “seemed to contradict the leadership China has shown recently in tackling the illegal wildlife trade.”

Then there’s elephant ivory. Soft and easy to carve, it’s been fashioned into cups and chopsticks since the Shang dynasty, more than 3,000 years ago. Chinese ivory carvers once exported most of their finished pieces, but today the country’s large middle class, created by a booming economy, now buy a huge quantity of carved ivory products. When the trade was made illegal in 2017, research by WWF and the wildlife trade watchdog TRAFFIC indicated that nine out of 10 people agreed with the ban. But despite public support, Chinese citizens make up 90 percent of the customers in Asian markets where the ivory trade is less strictly regulated, such as Thailand and Vietnam.

All three wildlife products have long and illustrious histories, and their increasing rarity may only increase their appeal to collectors. Five years ago, an unidentified actor Yang Xiaoxiao sold three ivory wénwan artifacts for 320,000 yuan (nearly $53,000 in 2014) over the course of a single day. In total, they made 1.36 million yuan (nearly $225,000 in 2014) through the sale of illegal wildlife products on the social media platform WeChat before being caught and sentenced to 10 years in jail.

Yang’s is a rare case. The harshest penalty most traders face for selling their products online is having their profiles deleted. The online trade in other illegal substances, such as narcotics, is often driven deep underground, facilitated by the Dark Web and cryptocurrency, but this is rarely the case for wildlife parts. Traders of illegal ivory and rhino horn offer their wares on social media platforms like WeChat, Alibaba and Baidu. Sometimes they embed their adverts in short videos or use codenames — XY, jelly, white plastic — to cover their tracks, but often they don’t even bother to go that far.

“My impression is that the trade online is proliferating,” said the anonymous researcher. “In terms of the range of platforms used, the modus operandi of traders online, the number of adverts and users, while physical outlets are decreasing in number or visibility. The recent expansion of courier mailing services and online payment systems in China seem to have been a key enabling factor.”

A recent TRAFFIC report found that while adverts for illegal wildlife products seem to have declined, more and more of them lacked the keywords that make it possible to track them. And while there have been fewer adverts for elephant ivory since the ban, adverts for rhino horn and other endangered species have increased in response.

In an effort to curb the trafficking enabled by their platforms, in 2017 Baidu and Alibaba formed the Alliance on Combating Illegal Wildlife Trade Online with nine other Chinese companies. Adopting a zero-tolerance policy on wildlife trade, they set themselves the ambitious target of reducing trafficking on their services by 80 percent by 2020. Outside China, the big names like Facebook, Instagram, Microsoft, Google and eBay swiftly joined them, bringing the total committed companies to 32. By identifying users and assisting law enforcement in forensic analysis, these companies have the potential to make trading in illegal wildlife products exponentially more difficult.

But there’s also a cultural barrier to overcome. A 2017 study found that when participants from the U.S., U.K., Canada and Australia were primed to consider the conservation impact of their choices to visit animal attractions, 42 percent were unwilling to visit attractions detrimental to conservation outcomes, compared to 25 percent of respondents in the control condition. But primed Chinese respondents were more likely to attend detrimental attractions than even unprimed respondents from the other four countries. Questioning showed that although Chinese respondents agreed that animal welfare and conservation were important, they were less likely to question claims that attractions were beneficial, and more likely to believe that a truly damaging attraction wouldn’t be allowed to continue operating. The study concluded that while providing consumers with the information needed to make informed choices is vital to demand reduction, cultural context affects how the information will be interpreted.

“Wildlife product consumption is deeply connected to culture, and I feel the conservation community as a whole could benefit from a deeper understanding of the role that cultural context plays in influencing consumption behaviour and patterns,” the anonymous researcher wrote. “Rather than saying to a general audience, ‘You should not be buying elephant ivory carvings,’ another effective message could be ‘There should be no wildlife products in wénwan.’”

The wénwan trade as it exists today has grown from long tradition, an influx of disposable income, and an online marketplace that makes distribution easy and low risk. The ivory and rhino horn bans and similar measures are important steps, but any strategy that focuses only on ending the illegal trade in a single species is likely to shift the problem. For example, a new study has identified more than 3,000 species that aren’t currently trafficked but likely will be in the future for their dramatic horns or exotic coloring.

“Once one traded species is exhausted, species with similar traits will become the target of trade,” said study author Brett Scheffers, a wildlife expert at the University of Florida.

Conservation efforts are hampered by what a 2014 study in Frontiers in Ecology and the Environment calls “a lack of in-depth and culturally sensitive understanding of the demand for many species.” Without this understanding, traders will likely keep targeting new species and developing new products, and even the extinction of hornbills, rhinos and elephants might not be enough to end the trade.