By NewsroomOctober 24, 2019Anti-poaching
No Comments 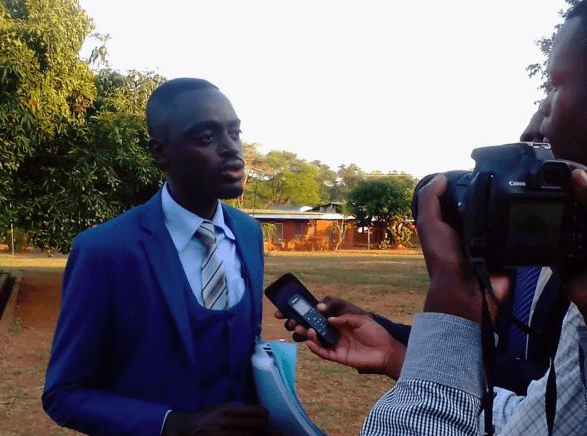 Original photo as published by Nyasa Times: Ndalama: The charge sheet is too general for an accused person to defend themselves.

In his preliminary observations, lawyer for the accused, Chrispin Ndalama pointed out issues of language barrier, being served with a different charge sheet and that the particulars were too general. “Our client is not conversant with English. In the first hearing, Government provided an interpreter who our client complained that had difficulties to communicate with. Also, we were served with an amended charge sheet which could have slightly affected our approach.

“We also noticed that particulars on the second count on the charge sheet were too general for an accused person to defend himself. The place and timeline should have been specific,” Ndalama told Nyasa Times after the adjournment.

The state, led by Council Andy Kaonga said an alternative interpreter will be identified and argued that charge sheet amendments can further be made until the case is closed. Meanwhile, Lilongwe resident chief magistrate Violet Chipao has adjourned the case to 7th November, 2019.

A total of 10 Chinese and four Malawian nationals have been arrested this year in relation to the syndicate in question and are at various stages of trial. Yun Hua Lin was arrested on 16th August 2019 in Lilongwe (Area 3) following a 3-month manhunt by Malawi Police Service while James Mkwezalamba, 38, from Neno district is currently serving 3 years in prison.