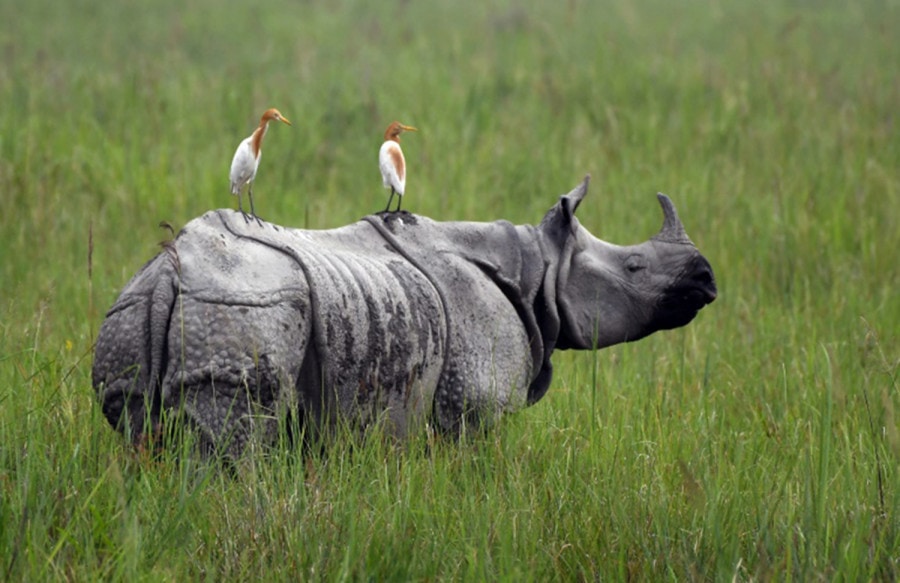 The park authority and Nepal army personnel deployed inside the protected area have been jointly conducting “Operation Maha Hunt”, according to Ananath Baral, the park’s chief warden.

“The ongoing operation is a crucial drive for providing security to wildlife. The drive will continue until the rainy season begins,” said Baral. “The operation is beyond the security operation that the Nepal Army and park officials conduct regularly.”

As part of the operation, several hundreds of Nepal Army personnel more have been deployed inside the park along with existing forces and park officials.

“The team will move across the park and reach its deepest areas,” said Baral. “However, it will focus on areas which remain inaccessible during our regular patrols, especially on the foothills of the Chure area.”

The massive operation has come at a time when Chitwan National Park has lost four of its one-horned rhinos to poaching incidents lately. The park, which has largely succeeded in controlling poaching, lost the rhinos during this fiscal year after going for several months without a poaching incident. Security forces have been patrolling on elephants, four-wheelers, motorcycles, cycles, boats, and foot.

The park authority hopes the ongoing operation will help monitor suspicious activities in and around the park area.

“We have been hoping the ongoing security drive will be beneficial in minimising illegal activities around the park area,” said Baral. “The mission will be effective as existing security forces’ operations have been strengthened with the arrival of new forces. Also, there is a special team of security forces which have joined in for this operation.”

Protected areas regularly conduct sweeping operations and real-time smart patrolling to keep watch over illegal activities inside the park. The country’s protected areas, mainly in the southern plains, have recorded an unprecedented rise in cases of intrusion inside the core areas. Park authorities have taken action against people found to have entered the park without permission, carried guns, fishing nets, and household weapons used for poaching.

Chitwan National Park authorities have recently arrested two poachers with animal parts. Thirteen others were found to have entered the park at night pretending to be going fishing.

Chitwan National Park is home to more than 600 one-horned rhinos and the country’s highest population of tigers. The loss of rhinos and increment in illegal activities during the Covid-19 pandemic-induced lockdown has come as a reminder for park authorities that poaching still threatens conservation gains achieved over the decades.

“We have been closely tracking people who could be involved in rhino poaching,” said Baral. “The park believes that the ongoing drive will largely contribute to bringing down such activities. Besides, we have not only been focusing inside the park but also outside the park for minimising poaching incidents, which are happening simultaneously.”