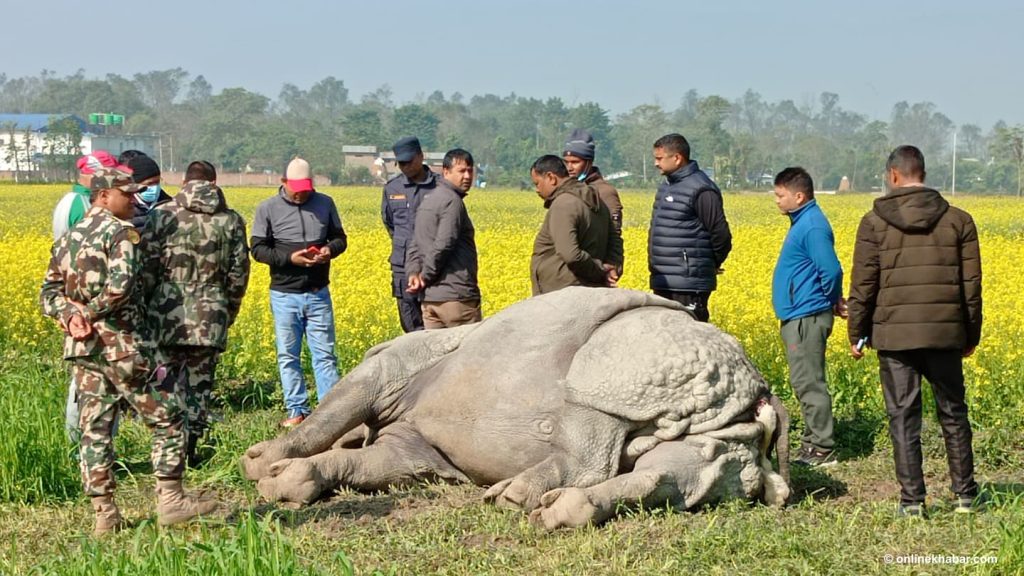 A one-horned rhino is found dead in Chitwan, the biggest protected habitat of rhinos in Nepal. Image: As originally published by Online Khabar

Chitwan National Park, the biggest protected habitat of one-horned rhinoceros in Nepal, has recorded the death of three protected animals in a period of five days recently.

The national park administration, however, has not made details of the incidents public, and stakeholders have suspected some wrong on the administrators’ side.

The national park’s information officer Ganesh Prasad Tiwari has refused to answer Onlinekhabar’s questions about the deaths saying he does not have exact details. Likewise, Chief Conservation Officer Hari Bhadra Acharya said it was not necessary to make every incident public, adding he reported the cases to the Department of National Parks and Wildlife Management.

The national rhino census conducted earlier this year has found 752 one-horned rhinos in Nepal, of which, 694 are in Chitwan. After the census results came out in April, at least four other rhino deaths have occurred in the park.