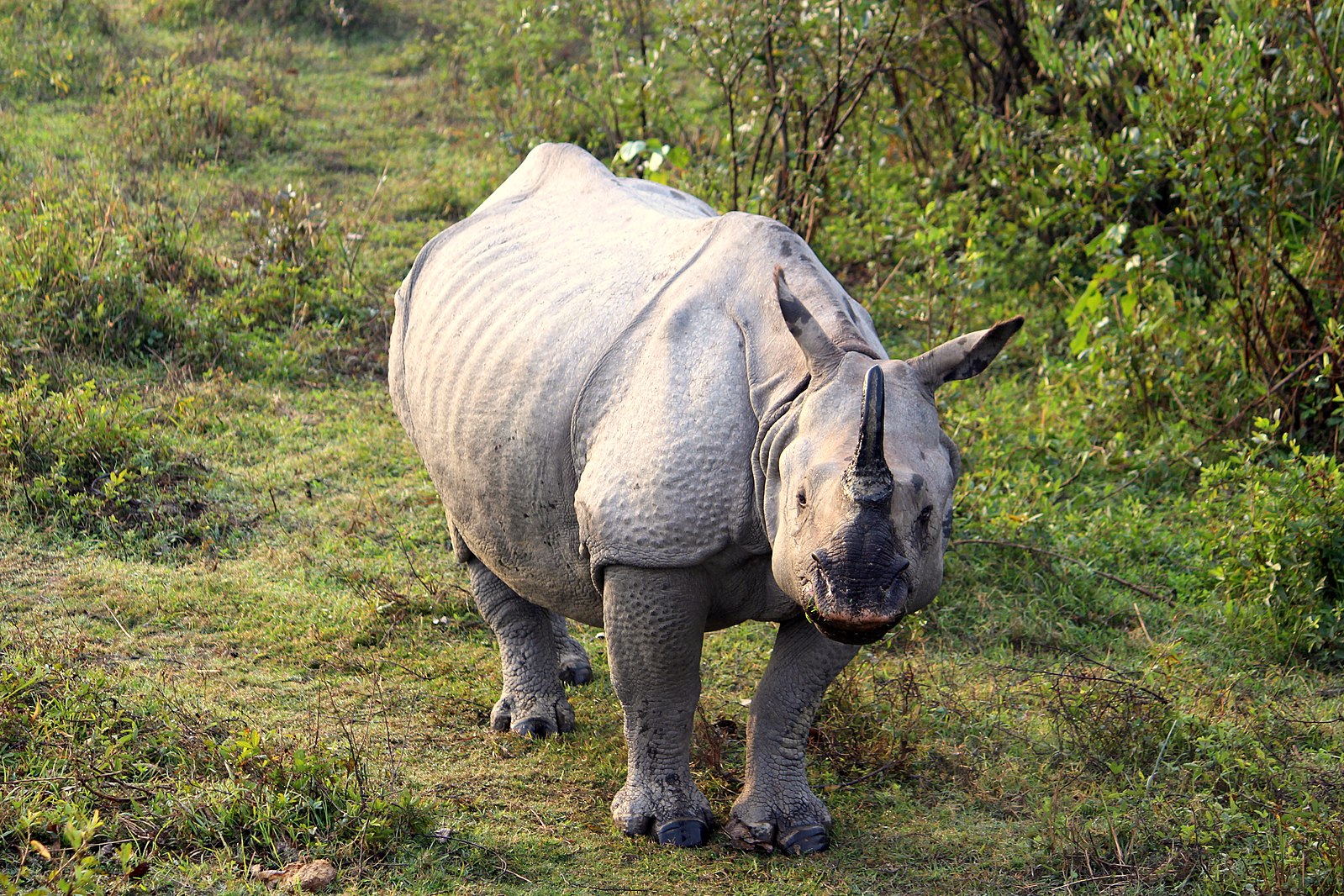 Although more than 50 countries and territories were implicated in rhino horn trafficking over the decade, six countries have dominated the supply chain as the source, transit, and destination locations.

The Convention on the International Trade in Endangered Species of Wild Fauna and Flora (CITES), which is underway in Panama City, has flagged the issue of rhino horn trafficking, which has of late assumed an alarming proportion.

“Six countries and territories have dominated rhino horn trafficking which has assumed an alarming proportion of late because of strong demand for carved rhino horn products contrary to the popular belief that the main market of rhino horn is driven by its ‘medicinal values’ and Vietnamese demand for use in health tonics and hangover cures,” said Dr. Bibhab Kumar Talukdar, rhino conservation expert, on a report released in the CITES.

He is attending the ongoing CITES CoP 19 in Panama as part of the IUCN Delegation.

The investigation report was submitted by the United Kingdom of Great Britain and Northern Ireland on behalf of the Wildlife Justice Commission and World Wide Fund for Nature in relation to agenda item 75 in the CITES Convention.

Referring to the report, Dr. Bibhab Kumar Talukdar, who is the chair of IUCN/SSC Asian Rhino Specialist Group and also the secretary-general and CEO of Aaranyak, pointed out that more than 7.5 tonnes of rhino horns were seized globally during the decade.

“Although most of the rhino horns making their destination to Asian markets are of two species of African rhinos, Asian rhino range countries need to be even more cautious to take all possible steps to protect the three species of Asian rhinos from global poaching threats,” said Dr. Talukdar.

He feels that as the user markets of rhino horns are in Asia and as the population of three species of Asian Rhinos is smaller than that of two species of African rhinos, Asian rhino range countries need to be more vigilant to protect their small population.

Some of the key findings as mentioned in the report released at the CITES convention are – although more than 50 countries and territories were implicated in rhino horn trafficking over the decade, six countries – South Africa, Mozambique, Malaysia, Hong Kong SAR, Vietnam, and China – have dominated the supply chain as the source, transit, and destination locations.

Secondly, more than 7.5 tonnes of rhino horns have been seized globally during the decade. The weight of rhino horn seizure has increased despite the reduction in poaching across Africa and the COVID-19 pandemic, which could indicate greater involvement of organised crime groups as larger volumes of product are moved to net more profit.

Thirdly, rhino horns are most frequently smuggled on commercial airlines, especially in larger shipments by air cargo. This trend began prior to the pandemic. The use of online trade, social media platforms, and instant messaging apps has increased and has become the most important channel through which rhino horn is distributed in the illegal trade. Many traders use WhatsApp, telegram, and signal.

Although Vietnam is known to be a primary destination for rhino horns, a substantial portion of rhino horns entering Vietnam are sold to Chinese buyers and smuggled overland to China. There is a strong demand for carved rhino horn products in China such as jewellery and decorative artifacts as investment items. Only a small amount of horn is in demand for medicinal purposes.

In light of the findings, the report has called upon the countries to enact their international commitment to treat wildlife crime as a form of transnational organised crime and develop targeted strategies and actions along the trafficking routes.

The countries have been suggested to opt for systematic application of intelligence and analysis to identify and map out criminal network members and tackle the problem from an organised crime perspective.

Greater use of financial investigation in parallel with the criminal investigation has been prescribed in the report to identify proceeds of crime and facilitate asset recovery.

It is worth mentioning here that out of three species of Asian rhinos found in South and South East Asia, Javan and Sumatran rhinos are critically endangered, while the greater one-horned rhino is listed as vulnerable in IUCN Red List.