By NewsroomJanuary 10, 2022Conservation personalities
No Comments 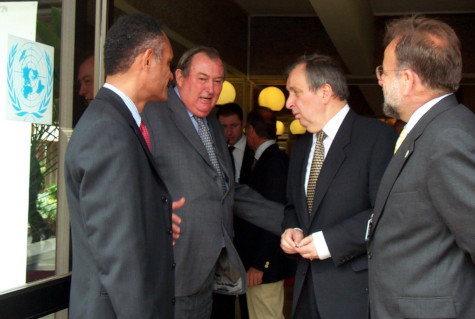 The CITES Secretariat is saddened to learn of the passing at age 77 of Richard Leakey, the world-renowned fossil hunter, politician and conservationist. Building on the work of his famous parents, he helped to confirm Africa’s status as the birthplace of humankind. He also served as director of the National Museums of Kenya, director and then chairman of the board of the Kenya Wildlife Service and head of Kenya’s national civil service.

In the CITES community Leakey is best known for mobilizing international action against the poaching of Africa’s elephants and rhinos.  Although at times controversial, he had a strong impact on international elephant politics. Most famously, he oversaw the public burning of Kenya’s stockpile of poached ivory in 1989, which garnered widespread attention.

Mr. Leakey also played a major role in Kenya’s national efforts to conserve its native wildlife. One of the strategies he pursued was to engage local communities in protecting the national parks bordering their homes by providing economic incentives. He did this by raising park fees and attracting some USD 150 million from Western governments to support ecotourism and community development projects.

When representing Kenya at CITES, Mr. Leakey was a passionate advocate for the country’s position on the African elephant. The issue of elephant conservation and the ivory trade has often dominated public perception of the work of CITES. It continues to be vigorously debated at CITES meetings.

The CITES Secretariat extends our sincere condolences to Richard Leakey’s family and friends and to the people of Kenya for their loss.