Climate change most likely cause of woolly rhino extinction – study

By NewsroomAugust 17, 2020August 19th, 2020Science and technology
No Comments 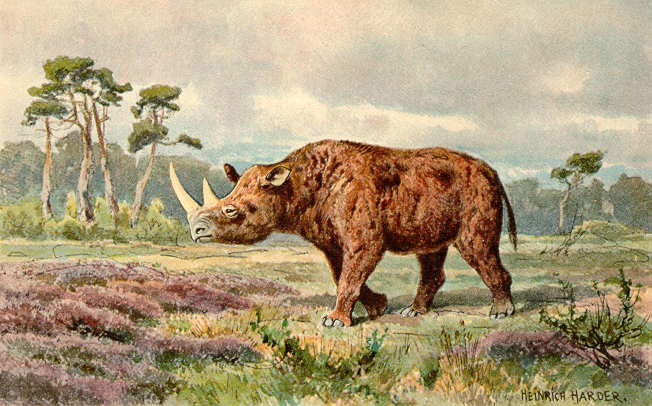 The woolly rhino may have been wiped out by climate change rather than human hunting, researchers have revealed.

Enormous, hairy and with a huge hump, the woolly rhino roamed northern Eurasia until about 14,000 years ago. The cause of its demise has been much debated, with remains found near prehistoric human sites raising the question of whether they were hunted to extinction.

“It hammers home the fact that rapid climate warming can have devastating impacts on species survival,” said Prof Love Dalén, a co-author of the research at the Centre for Palaeogenetics in Sweden. “While perhaps we are let off the hook in terms of having killed them with spears back then, it highlights the risk that we are taking with biodiversity at present when we are affecting global climate on a rapid scale.”

Writing in the journal Current Biology, Dalén and an international team of colleagues report how despite having nuclear DNA from just one woolly rhino – thought to have lived 18,500 years ago – they could peer back in time.

The team say the DNA showed little sign of inbreeding or reduced genetic diversity, while population size appeared to have remained stable for thousands of years preceding the animal’s death, suggesting that while human hunting cannot be ruled out as contributing to the woolly rhino’s extinction, it was not a major pressure on numbers.

“Humans arrived in north-eastern Sibera at least 30,000 years ago,” said Dalén. “They co-existed there for 12,000 years until [the time of] our [woolly rhino] genome, and during that time we see no evidence for decline in the woolly rhino population.”

The team say additional analysis of mitochondria DNA from 14 woolly rhinos, ranging from 50,000 to 14,000 years old, backed up the findings, showing high genetic diversity was present even near the time of their extinction.

“It hints that maybe the final extinction decline happened very, very rapidly, perhaps within the space of a few hundred years,” said Dalén.