Colin Church, Kenya PR executive who oversaw the protection of black rhino and other rarities in the Aberdare park – obituary

By NewsroomMay 11, 2021Conservation personalities
No Comments 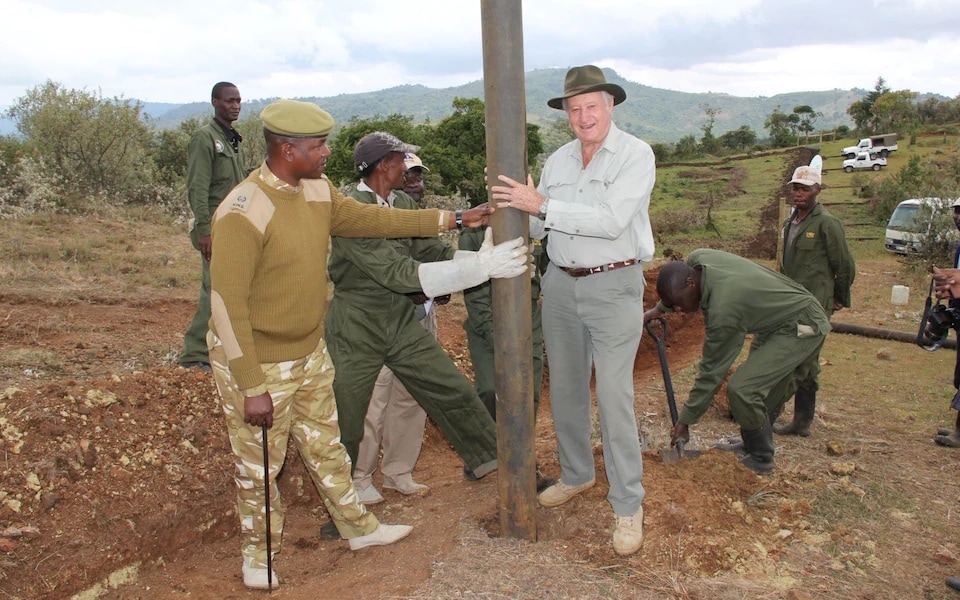 Colin Church was always a dedicated conservationist. Image: As originally published by The Telegraph.

Colin Church, who has died aged 81, was a Kenyan public relations executive who devoted the latter part of life to protecting his country’s wildlife and mountain forests, becoming one of East Africa’s most renowned conservationists.

From 2002 to 2012 he served as the chairman of Rhino Ark Charitable Trust, a charity dedicated to combating the rampant poaching of black rhinos in central Kenya’s Aberdare National Park. He oversaw the completion, in 2009, of an 250-mile-long electrified fence surrounding the mountain range.

Designed to keep poachers out and animals in, the fence greatly reduced the number of endangered black rhino, slaughtered for their horns, and provided protection to other threatened species including forest elephants, leopards and rare antelopes.

It also had the added benefit of preventing illegal loggers from felling trees in the park – whose forests form an important water catchment area serving much of Kenya – and of protecting the crops of farmers whose fields were previously trampled on by marauding elephants.

Warm and considerate, Church was an imaginative fundraiser, and he drew on his formidable network of business contacts to raise money for the scheme, signing up Kenya’s largest publisher, Nation Media Group, and its biggest telecoms provider, Safaricom, as major donors.

With Ken Khule, the engineer who began the Aberdares fence in 1989, he also conceived Rhino Charge, an annual off-road motor race that raises $1 million a year for conservation and has developed into a Kenyan institution.

Church enjoyed his conservation work immensely, but it carried risks. In 2004 he was inspecting areas of the Aberdares devastated by logging when the helicopter he was travelling in crashed as it approached a landing site.

He later wrote: “I felt the chopper begin to gyrate anticlockwise as the controls to the tail steering appeared not to respond … It all happened in seconds. One skid hit the ground over a road indent. Lurching, the hull tilted violently and the rotor blades whacked into earth.

“The blades shattered and were flung 100 metres away … The helicopter hit the ground with an ear-splitting crash, followed by silence except for a hissing from the engine.”

Luckily Church and the other members of his group escaped with bruises and they proceeded with the visit as planned.

Colin Church was born in Nairobi on January 28 1940, the son of Elizabeth and the Rev Howard Church, who had gone to Kenya in 1932 as a member of the Church Missionary Society. Much of Colin’s early life was spent in Kigare, on the southern slopes of Mount Kenya, where his father did missionary work.

He was educated at Kenton College preparatory school and the Prince of Wales School, both in Nairobi. Between 1953 and 1956, during the Mau Mau uprising, his father was posted to Athi River Detention Camp, where he was given the job of persuading Mau Mau detainees to abandon the struggle and reconcile with the British administration. After that assignment, the family left Kenya for Britain and Church finished his education at King Edward’s School, Birmingham.

He became a journalist in the early 1960s, starting at the Surrey Advertiser before moving to Reuters as a parliamentary correspondent. After a few years he returned to Kenya, where he joined the Nation Media Group and became editor of the Kenya Farmer.

In 1967 he moved into public relations, joining a firm set up by the businessman Ian Raitt, which in 1970 became Church Raitt. Five years later this merged with another business to become Church Orr & Associates, East Africa’s largest PR consultancy.

A great believer in standards, Church helped in 1971 to form the Public Relations Society of Kenya to improve the professionalism of the PR sector in Kenya. Today it has some 5,000 members. In 1996 he was elected president of the International Public Relations Association, the first and only Kenyan to have led that global body.

Specialising in travel and agriculture, Church criss-crossed Africa for his work and counted the Seychelles among his clients. Given the enviable task of promoting the Indian Ocean idyll as a holiday destination, Church made frequent visits to the island while his colleagues were dispatched to less agreeable climes such as Sudan.

Through this work he became friendly with the Seychelles’ first president, Sir James Mancham, a bon vivant known for his love of beautiful women. Church, who got on with people of all political stripes, retained the contract even after Mancham was overthrown by the socialist Albert René.

He was never happier than when on safari or fishing off Kenya’s coast, and after retiring in the late 1990s he dedicated his energies to conservation. After the completion of the fence in the Aberdares he became involved in projects to fence off the whole of Mount Kenya, another important area of mountain forest, and the Mau Forest Complex near Lake Naivasha.

In 2019 he published Mel-el-Lek’s Mountain, a book on the Aberdares.

He is survived by his wife Nicole and by their son and two daughters.