Commemorating our rhinos and those who protect them

By NewsroomOctober 5, 2021Anti-poaching, Communities
No Comments 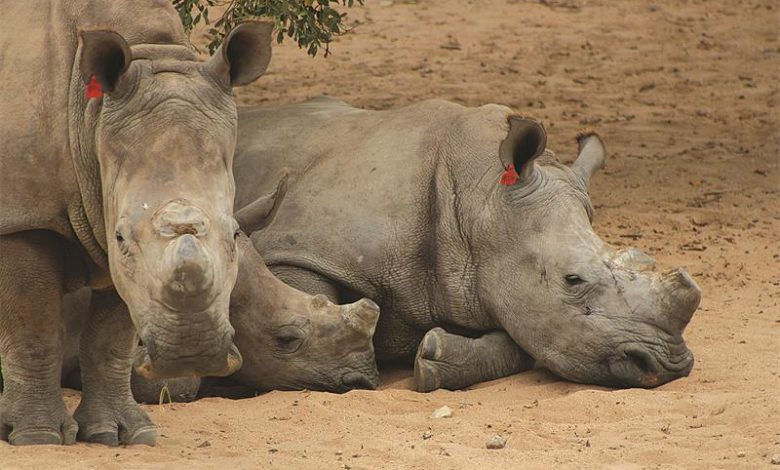 Rhinos at the Kruger National Park boma. Image: As originally published by Lowvelder.

Many a caption and comment accompanying these photos pleaded for the protection of rhinos. In light of these plights, it is difficult not to think of the statistics of all the rhinos that have been poached in the first half of this year.

The Department of Forestry, Fisheries and the Environment said on July 31 (World Ranger Day) that 249 rhinos had been poached for their horns from January to the end of June.

She said over the past decade, dedicated police officers, rangers, investigators, prosecutors, private security companies, conservationists, veterinarians, reserve managers and game farmers have given their all to address the threats to rhinos from wildlife trafficking.

The magazine further reported that since 2011, about 9 885 rhinos had been killed across Africa. Shaw said in a statement that while poaching in South Africa peaked in 2014 at 1 215 incidents, 394 rhinos were killed by poachers in 2020. This was the lowest figure since 2010, but was largely due to Covid-19-related lockdown measures and travel restrictions, Shaw said. However, as these restrictions were eased, poaching incidents showed an upward trend.

Although this could be construed as a hopeless scenario, Shaw pointed out that South Africa had some truly outstanding wildlife defenders who, despite the odds and a lack of resources and political support, worked tirelessly and wholeheartedly to conserve and protect the rhino population in the country.

“However, a resolute effort by government is needed to undo the disintegration of law enforcement, security and anti-corruption agencies, and develop skillsets, capacity and strategies to stop the poaching of this iconic species,” Shaw said.

In a recent webinar hosted by the Daily Maverick online newspaper, Dr Luthando Dziba, the CEO of SANParks, said there could be fewer than 3 000 rhinos remaining in the Kruger National Park for the first time, despite park authorities spending millions of rand on protecting these animals against relentless poaching.