By NewsroomApril 26, 2020Anti-poaching
No Comments

Activists and the department of environment, forestry and fisheries (Deff) are at loggerheads over what the actual rhino poaching numbers might be during lockdown since the numbers were released by the department in February.

According to Deff, rhino poaching incidents have decreased since lockdown was enforced on 26 March.

A statement released earlier this month indicated anti-poaching operations had been successful during lockdown.

Two operations on the eastern boundary of the Kruger National Park, one on 26 March and another on 4 April, resulted in three arrests, with poaching equipment and weapons confiscated. 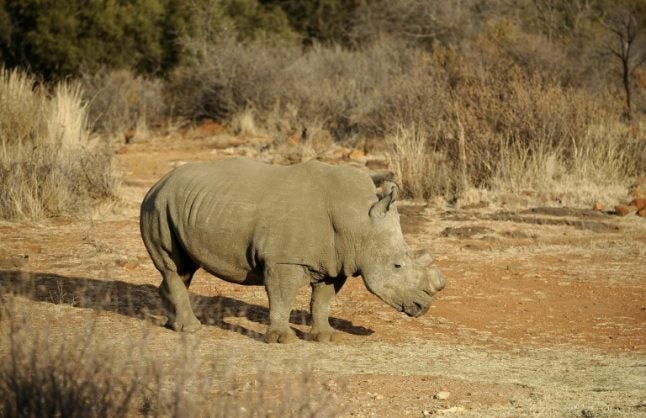 Original photo as published by The Citizen. South Africa is battling a scourge of rhino poaching fuelled by insatiable demand for their horn in Asia.

Deff spokesperson Albi Modise confirmed that over the last two weeks, nine arrests were made relating to rhino poaching.

On 3 February, Deff released a statement noting a decline in poaching statistics for the past year.

However, organisations such as the World Wildlife Fund (WWF) reacted negatively to this release, saying rhino poaching numbers could be declining due to there being less living rhinos in the country, a point not touched on by Deff Minister Barbara Creecy.

WWF also noted with concern the draft of the National Integrated Strategy to Combat Wildlife Trafficking (NISCWT) has yet to be officially implemented, despite it being recommended back in 2016.

“The Department of Environment, Forestry and Fisheries has been in contact with both SANParks and Ezemvelo KZN Wildlife in relation to rhino poaching incidents in the Kruger National Park and the provincial parks in KwaZulu-Natal – the two areas which are the hardest hit by poaching incidents,” Modise said.

“There appears to be a general perception amongst the poaching groups KNP Rangers were all on ‘lockdown’ and not at work,” Modise said.

Rhino911 told the New York Times earlier this month rhino poaching numbers have increased in the region where they operate.

Jacobs said since lockdown was announced, he has had to attend to several poaching incidents. This is done by helicopter. And although it was not abnormally busy, Jacobs reported a busier than usual flying schedule, especially in the middle of strict lockdown regulations.

Some rhino calves were rescued, but Jacobs lamented that in some cases it was simply too late, and rhinos were being lost even during lockdown.

At the time, Jacobs told the New York Times nine rhino poaching incidents had occurred in the North West alone during lockdown.

On Wednesday, he told The Citizen this number has increased since he spoke to the publication.

But these figures did not appear in Deff’s press release.

The department said it had not yet received reports of an increase in the illegal bushmeat trade, but it was closely monitoring the situation and liaising with the relevant officials in all nine provinces.

“The department has confirmed with the officials in the North West province none of the rhino poaching incidents in that province occurred during the last week of March 2020 when the lockdown was initiated,” Modise said.

He added according to Deff, no poaching incidents occurred from 27 to 30 March.

“Rhino poaching has continued to decrease since the start of 2020. This pattern is continuing during the lockdown period, with a marked decrease in poaching reported between 27 March and the end of the Easter Weekend,” Modise said.