By NewsroomDecember 10, 2021Conservation
No Comments 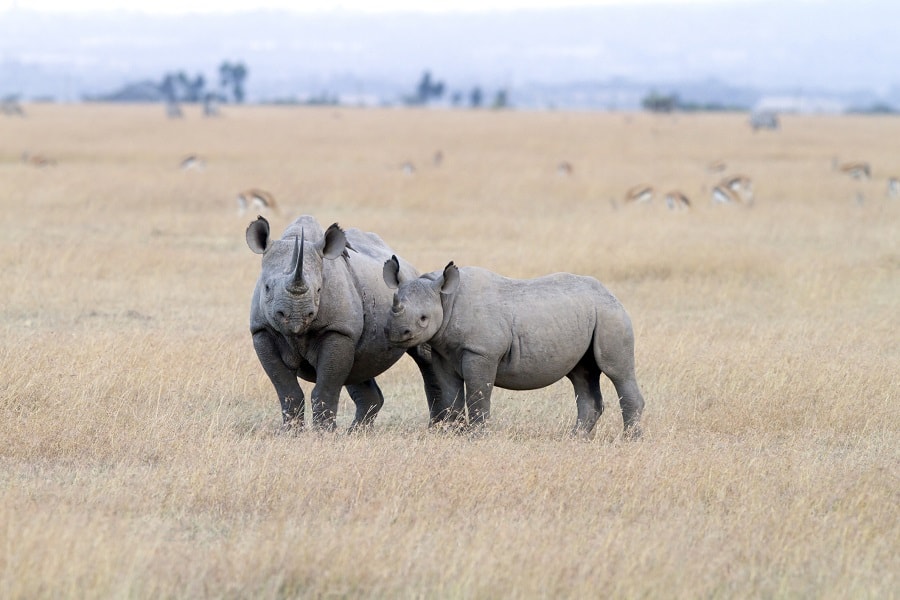 Black Rhinoceros with young one, short before sunset, Sweetwaters, Kenya. Image: As originally published by The Tribune

Hundreds of rhinos once roamed Uganda’s sprawling savannas and tropical woodlands, part of a rich heritage of big game and a tourist draw for the East African country.

But throughout the 20th century, poachers hunting for the beasts’ prized horns killed them unchallenged during years of political turmoil, including the dictatorship of Idi Amin.

Uganda’s native population of northern white rhino and eastern black rhino that once together numbered above 700 was wiped out around 1983, according to the Uganda Wildlife Authority (UWA).

Now a private wildlife ranch that is breeding rhinos is kindling hope for large-scale regeneration of the species and re-introducing them in the country’s national parks.

Established in 2005, the conservancy, the 70-square-km Ziwa Rhino and Wildlife Ranch, started off with four southern white rhinos imported from a Kenyan game reserve.

“We received their first male born calf in the sanctuary here named Obama and that was the beginning of the breeding of our rhinos,” the ranch’s 44-year-old rhino specialist Moses Okello told Reuters.

In 2006 two more rhinos were donated to the sanctuary from a zoo in Florida. Since then the sanctuary has been expanding its crash of rhinos through breeding to its current stock of 33.

“We want to multiply these rhinos, protectively as you guard them, 24/7…so that we can achieve our goal by reaching a number of 40 to 45,” Okello said. “Then we can release these rhinos to the national park, as it used to be their natural habitat.”

Located in Nakasongola, about three hours drive north of the Ugandan capital Kampala, the ranch is set amid lush green grasslands and permanent marshes where hippos wade.

On a recent day Kori, one of the oldest matriarchs at the ranch, trotted off in the verdant bush, meters behind her four-month-old calf, the youngest of her seven offspring.

The intense watching of the rhinos, crucial to prevent a reprise of the past experience, can be exhausting, according to ranger Patrick Opio, 29.

“First of all develop the love for these rhinos and then you can manage monitoring them well,” he said.