The United Nations (UN) is the world’s most comprehensive and embracing global forum. Founded in 1945, it is currently made up of 193 member states that are guided in their work by a founding Charter. Within the UN there are many affiliated programs, funds and specialized agencies, all with their own membership, leadership and budget.

News of he UN’s role in international politics, development and humanitarian issues is well covered in the international media, but we hear less of its critical voice in wildlife conservation. This responsibility lies within the remit of the United Nations Environment Programme (UNEP) which was established in 1972. 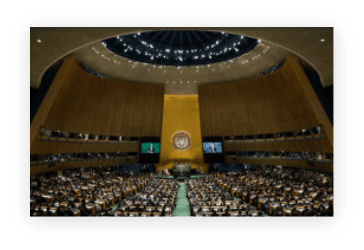 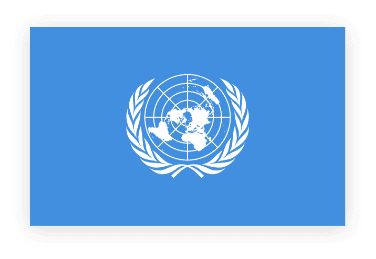 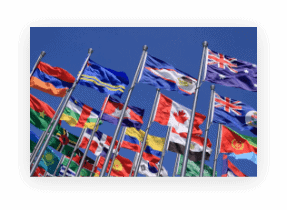 Headquartered in Nairobi, Kenya, UNEP sets the global environmental agenda and promotes its implementation. UNEP’s mission is “to provide leadership and encourage partnership in caring for the environment by inspiring, informing, and enabling nations and peoples to improve their quality of life without compromising that of future generations.”

UNEP also hosts the secretariats of multilateral environmental agreements and research bodies that bring together nations and the environmental community to tackle the greatest challenges of our time. Two of these play a crucial role in rhino conservation:

The Convention on Biological Diversity (CBD) came into being in 1992 at the United Nations Conference on Environment and Development (UNCED) and is popularly known as the Rio “Earth Summit”.

CITES has been in force since 1975. It is an international agreement between governments that aims to make sure that international trade in specimens of wild animals and plants does not threaten their survival.

Today, 183 countries are voluntary signatories to the CITES Convention. They are known as “the Parties” and their membership means that they are legally bound to implement the decisions of the Convention. CITES does not take the place of national laws, but it does oblige the Parties to pass domestic legislation that enforces CITES provisions at the national level. The highest decision making body of CITES is known as the Conference of the Parties (CoP) which takes place every two to three years with one of the member nations playing host. So far there have been 16 conferences. The next one (CoP 18) takes place in Geneva from 17–28 August 2019. It is at these CoP meetings that members submit proposals for amending species listings that are then subject to a vote. A two-thirds majority is required to change the listing status of a species or group of species.

Currently, CITES accords varying degrees of protection to more than 35,000 species of animals and plants. All international trade (export and import) in specimens of these species, whether as live animals or plants or parts thereof, is regulated through a licensing system.

All species covered by CITES are listed in one of three Appendices.

Rhinos have been on the CITES agenda since the treaty came into existence in 1975. One of the earliest decisions of CITES was to ban all international trade in rhino horn since demand was rapidly driving some rhino species towards extinction. White Rhinos had by then started to make a gradual recovery, but Black Rhino numbers, though still substantial, were plunging across Africa. Asian rhinos, too, were in a parlous state: Indian Rhinos had started on a slow recovery path, but numbers remained low, while the Javan and Sumatran Rhinos were (and still are) teetering at the brink.

Currently, all Asian and African Rhinos remain listed on Appendix I, but for the Appendix II status of South African and Swaziland White Rhino populations. The only other departure has been, in 2004, an exception allowing for a hunting quota of five males a year in South Africa and Namibia only. (See the interactive graphic below.)

But has the ban worked? More than four decades on from the inauguration of CITES, rhinos – particularly in South Africa – are being poached at an alarming rate. Has CITES really got the teeth to halt this and make a lasting difference? Are its intentions being subverted? Are bans or trade regulations being properly enforced? Are they having any effect on the recovery of a species? What are the driving factors behind illegal wildlife trade?

Such questions around these and other issues have given rise to a number of criticisms leveled at CITES and its operational systems. As already alluded to, these vary across a wide range of topics, among which is the major divide that exists between consumptive and non-consumptive attitudes towards wildlife and its use. For example, the extreme animal rights side of the continuum would argue against any consumptive use of iconic species such as elephants, rhinos, big cats etc, while strong proponents of a sustainable use philosophy argue that animal rights groups, especially in Western countries, have used their considerable lobbying power to highjack the CITES agenda. Such political and/or emotional motivations, it is argued, subverts CITES’s mandate to make decisions on science-based evidence

This divide is nowhere more evident than in the current impasse between those in favor of a continuing ban on any trade in rhino horn and those who argue for a legal trade that could feed funding back into rhino protection and therefore promote their continued existence. These views are set out in some detail in the “No Trade—Pro Trade” chapter of Rhino Review.

Issues around trade have dominated the rhino agenda at many CoP meetings and the meeting planned for 2019 is likely to be no different. But there are also other criticisms such as:

No doubt the forthcoming CoP meeting will have moments as heated and divided as in previous years and will highlight how difficult it is to find consensus when the complexities of species conservation mean that one size rarely fits all. To succeed in a rapidly changing world, one thing cannot be dismissed—for CITES to be effective, it must be adaptive and have the resources and authority to enforce regulations while providing incentives and support for conservation goals, particularly when it comes to working with and empowering local communities.

Notwithstanding its shortcomings, CITES is the only international convention specifically mandated to control trade in endangered species and it is the only international legal framework with which to do it. Arguably the best way forward would be to give the Convention the financial resources it needs, greater enforcement authority, and a framework for removing excessive political and vested interests out of its proceedings.