NEW YORK: The coronavirus pandemic has disrupted tourism around the globe, grounding travelers and shutting down nonessential businesses. For Matt Brown of the Nature Conservancy, that spells trouble for the wildlife the environmental organization works to protect.

For 15 years, the Arlington, Virginia-based nonprofit has been helping create community-owned conservancies in East and Southern Africa that provide both a safe habitat for wildlife and jobs for locals. The operation of the reserves was designed to be largely financed through tourism.

“Tourism is a great payment for an ecosystem service — when it works,” Brown, regional managing director of the Nature Conservancy’s Africa program, told ABC News. 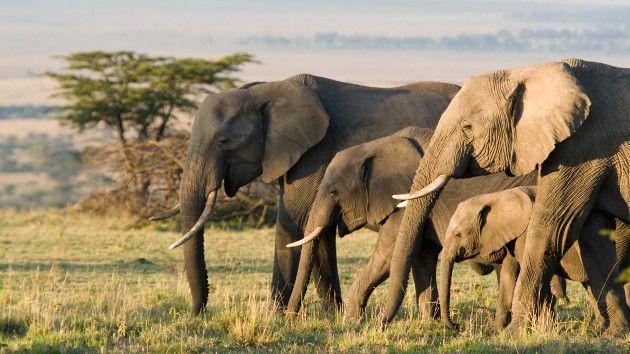 But in recent weeks, tourism — along with life as hundreds of millions of people know it — has grounded to a halt across Africa. Since the continent’s first COVID-19 case was reported in Egypt on Feb. 14, the number of cases now totals more than 14,000 in 52 countries, according to the Africa Centers for Disease Control and Prevention. Quarantine measures such as lockdowns, curfews and border closings have been rolled out from Tunisia to South Africa. The economic fallout is far-reaching and expected to be devastating for the world’s poorest continent.

For wildlife reserves that depend on tourism dollars, that money is essentially gone.

At many of the reserves the Nature Conservancy supports, more than half of the budget is covered by tourism revenues, Brown said. Variable fees such as bed-night fees and conservation fees help pay for the rangers’ salaries, fuel for airplane patrols and more.

The organization has calculated that the lack of tourism adds up to a $3 million drop in expected revenue over the next 12 months, Brown said. And hampered security, coupled with economic distress, means that poaching is a problem.

“When people don’t have any other alternative for income, our prediction — and we’re seeing this in South Africa — is that poaching will go up for high-value products like rhino horn and ivory,” Brown said. “We believe we have to be more vigilant than ever with our ranger patrols to help protect these critical animals at this time.”

A second type of poaching — meat poaching, for local consumption — is also on the rise as a result of the economic downturn, Brown said.

“In a lot of reserves, people go in and will shoot or even use snares to capture antelope,” Brown said. “It’s either to sell the meat at a local bushmeat market in the capital city or it’s to feed family.”

Poaching had been on the decline in Africa, particularly for elephant ivory; a 2019 report in Nature Communications found that the illegal killing of African elephants fell to 4% in 2017 from a peak of 10% in 2011.

The Nature Conservancy is working to help bridge its $3 million revenue gap so security work continues. The organization is looking to raise upward of $2 million in donations to provide grants to reserves, many of which have also been crowdsourcing support, Brown said.

“Our goal is to make sure that we’re sustaining the highest level of protection that we can in these places,” said Brown, who wants to track daily wildlife sightings over the next few months to see if there is a spike in poaching or if — preferably — the population is sustained.

Brown anticipates the fallout from the pandemic will impact tourism in Africa for up to a year, due to the global economic downturn and health concerns over COVID-19.

“A holiday to Africa is kind of a luxury expense,” Brown said. “Even if [people] had planned last year to come or currently to come, they might think twice about spending that money now.”

“I think the economic downturn is one of the real concerns for this industry,” he said.