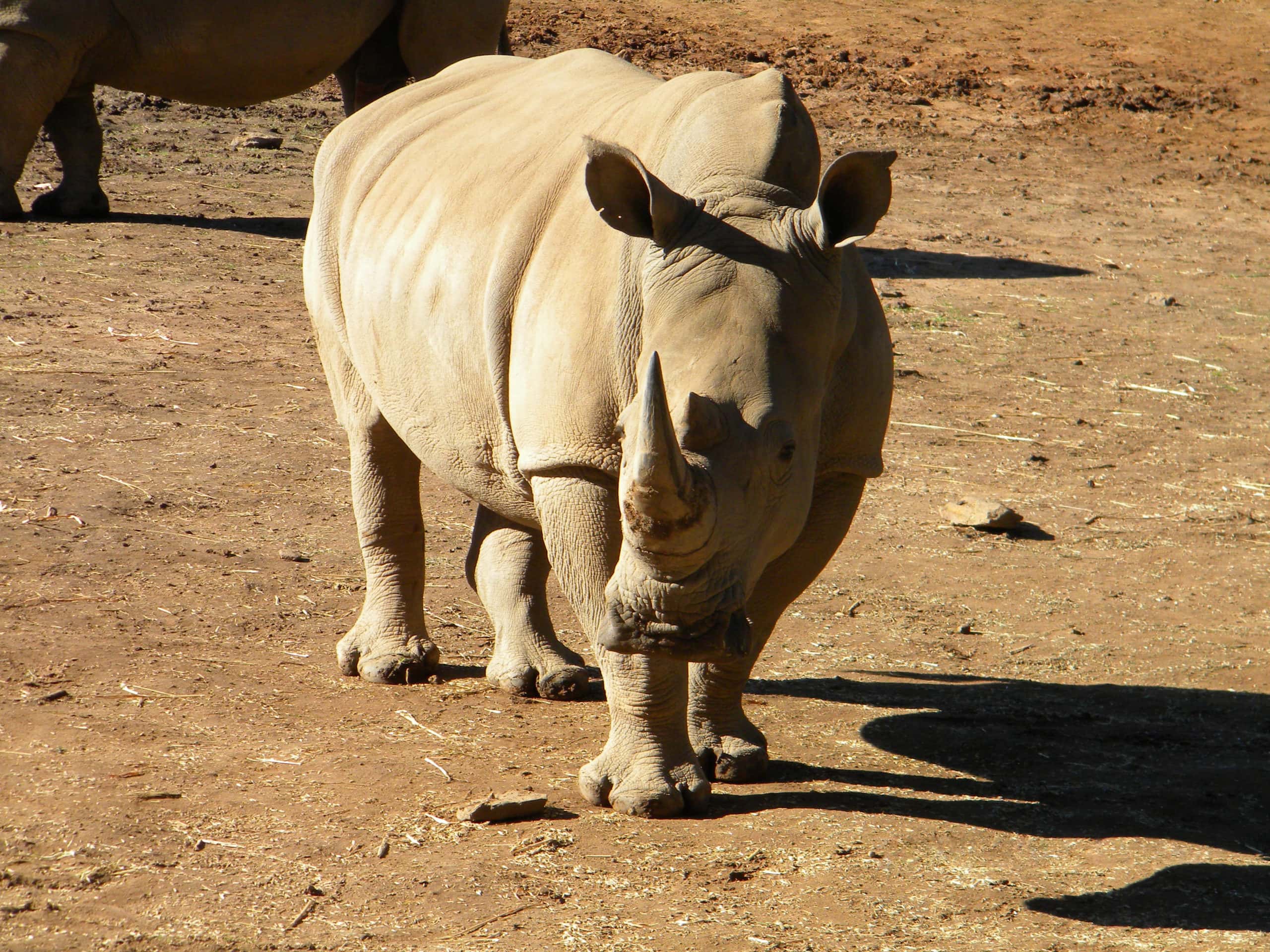 A decline in the White Rhino population has conservationists spooked. Image: Wikimedia Commons.

A 24 percent decline in the number of white rhinos over the past decade has caused wildlife conservationists to panic over the future of the endangered pachyderms on the African continent.

Despite concerted efforts made by most African states to protect their rhinoceros populations, an International Rhino Foundation (IRF) report has revealed that rhino numbers continue to drop due to poaching.

In its State of the Rhino 2021 report, the foundation suggests that the problem of poaching is so severe that the total population of white rhinos could have declined by a massive 24 percent in the past decade, most of the loses incurred in South Africa, the country containing the highest number of these endangered animals.

“The official current southern white rhino population estimate from (International Union for Conservation of Nature) IUCN’s African Rhino Specialist Group (AfRSG) remains at ~18,000 white rhino, which represents a 12 percent decrease for this species in the past decade,” the IRF report states.

“In February, 2021, South African National Parks (SANParks) released a report indicating that the total white rhino population in Kruger National Park – once thought to be the largest population of white rhinos in the world – had plummeted 67 percent from about 10,621 in 2011 to just 3,549 individuals in 2019.”

“If this is accurate, it would actually represent a 24 percent decline for this species over the past decade,” the report noted.

Rhinos roam in nine countries in Africa, including Botswana, eSwatini, Kenya, Malawi, Namibia, South Africa, Tanzania, Zambia and Zimbabwe. However, the IRF is concerned that two of these countries – Botswana and eSwatini – do not report population numbers or poaching data.

“Rhinos are considered to be property of the countries they reside in and governments can choose not to report numbers,” IRF communications director Christopher Whitlatch said in written answers to FairPlanet. “For some, it is difficult to count rhinos, but census numbers and poaching data are important to understand current trends. IRF supports further collaboration between countries and the sharing of information to improve rhino conservation.”

The report notes that there has been an increase in white rhino poaching, after a decline experienced in 2020, due largely to border closures and lockdowns as a result of COVID-19 mitigation measures.

“South Africa reported that poaching in the first half of 2021 is higher than last year, though still below the number of deaths recorded in the same period in 2019. Authorities have also noted a rise in poaching figures in other areas of the country, possibly due to the lower number of rhinos found in Kruger.”

Toast Seagers, the South-Africa-based publisher of Rhino Africa blog blamed the increase in rhino losses in South Africa on a number of factors.

“It’s the usual culprits. Greed and corruption. Fatigue around the rhino ’cause’ may be responsible for an uptick,” Seagers told FairPlanet. “I [also] think COVID has definitely had an impact,” he added. “Less people travelling to parks and reserves means less eyes and ears to prohibit poachers. Any inference that the demand has dwindled is misguided. If less rhinos are being poached it’s because there are less rhinos to poach.”

The report pointed out that elsewhere in Africa, Botswana continues to face severe poaching pressure on both black and white rhinos, resulting in perilous decreases to their populations.

“Controlled by an organised criminal network that spans four countries, including the Democratic Republic of Congo, Zambia, Namibia and Botswana, rhino horn is smuggled to markets in Vietnam. The Botswana government is taking steps to combat the current crisis, including moving rhinos to safer locations. Work is also being done to disrupt trade routes and intercept horn shipments in Zambia.”

Positives were however found in the African black rhino population, which recoded an increase to about 5,630 in the past decade, although it has remained critically endangered.

“Still recovering from devastating poaching losses since the 1970s, the black rhino has seen an encouraging population increase of 16-17 percent over the past decade,” the report states.

There are three subspecies of black rhino, the southeastern, eastern and southwestern. The report said all of these subspecies’ populations have grown, with the largest gains seen by the eastern black rhino (33-42 percent) over the past decade.

“Poaching continues to decline in Zimbabwe after a crisis in 2019 when 77 rhinos were poached, allowing the population to recover and grow.”

Tinashe Farawo, the spokesperson for the Zimbabwe Parks and Wildlife Management Authority (ZimParks) – in whose area of jurisdiction a decline in poaching has been registered – told FairPlanet that tough anti-poaching policies that the authority put in place are bearing fruit.

These polices include a shoot-to-kill policy in wildlife sanctuaries, mandatory nine-year jail sentences for poachers, community awareness programmes and conservation partnerships with local communities and some non-governmental organisations, among others.

“There was a time when we were losing at least a rhino every day but we are happy to say we have managed to reverse that trend over the past three to four years to a point where we only lost one rhino the whole of last year,” Farawo told FairPlanet.

In it’s World Rhino Day statement, Hemmersbach Rhino Force, one of the conservation partners working in southern Africa attributed the success in stabilising rhino populations to robust strategies that have been put in place.

“Through unbelievable hardships and efforts – and by risking their own lives every day – our elite rangers, supported by the latest surveillance and anti-poaching technology, manage to keep the rhinos in our reserves safe with no losses to the population for a very long period […] We will continue our mission to protect those magnificent animals by applying our three-pillar approach of anti-poaching, scientific research and conservation and community work with the people around the reserves and parks (anti-poaching through anti-poverty).”