By NewsroomFebruary 24, 2020Anti-poaching, Conservation
No Comments 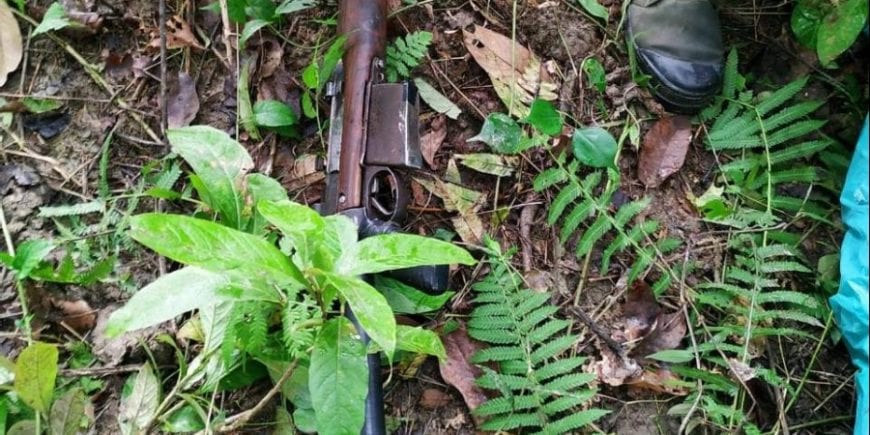 During interrogation, the duo confessed to have hidden a .303 rifle and live ammunition at Dakshinsenimari under Lahorighat police station in a bid to take the arms inside the national park for carrying out poaching.

Accordingly, police launched an operation in the place and recovered one .303 rifle, five rounds of live ammunition and one silencer pipe. The arrest comes at the back of a foiled poaching attempt at Kaziranga National Park with Nagaon police arresting another poacher and recovering some arms from under a culvert adjoining the park on Tuesday.