By NewsroomApril 14, 2020Conservation, Education
No Comments

The spreading of COVID-19 has precipitated the biggest boom in the more than 2000-year history of traditional Chinese medicine.

As with everything sanctioned in China today, the internationalisation of Tang dynasty medicinal recipes follows guidance issued by President Xi Jinping.

Last month, Mr Xi instructed health workers to “adhere to using Chinese medicine alongside Western medicine” in the fight against the new coronavirus.

“Chinese medicine embodies profound philosophical wisdom and China’s thousands of years of healthy conception and practical experience. It is a gem of ancient Chinese science and a key to opening up the treasury of Chinese civilisation,” he has previously said. 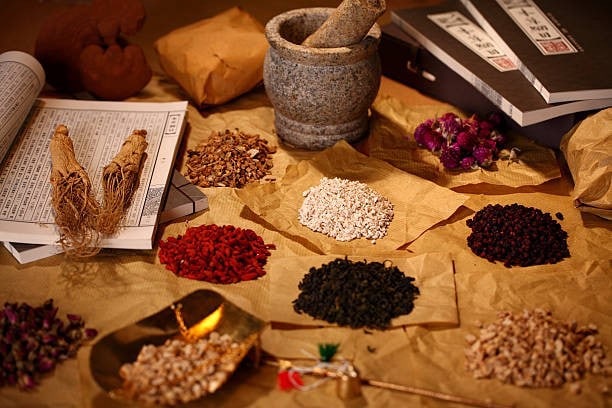 The surge of state-backed ancient concoctions — such as the exporting of facemasks and other protective equipment which, according to official numbers, earned China almost $2bn in March — is a rare bright spot in the world’s second-biggest economy.

And it demonstrates how Mr Xi’s nationalistic regime is using the coronavirus crisis to pursue long-standing goals such as increasing the global use of Chinese traditional medicine.

“A decision was made to remove that line as it was too broad and did not take into account the fact that many people turn to traditional medicines to alleviate some of the milder symptoms of COVID-19,” a WHO spokes­person told The Australian.

The change in advice by the WHO — which US President Don­ald Trump last week criticised for being “Chinacentric” — came days after Chinese Foreign Minister Wang Yi said the pandemic showed the need for a global “Silk Road of Healthcare”.

Within weeks of the lockdown of Wuhan, China’s state media began a campaign on the effectiveness of traditional Chinese ­medicine.

By the end of March, Yu ­Yanhong, the Communist Party secretary of the National Administration of Traditional Chinese Medicine, said 91.5 per cent of ­infected patients in China had been treated with traditional medicine in conjunction with Western medicine.

Mr Yu said more than 90 per cent of those patients had benefited from traditional treatments.

Yibin Feng, the acting director of the University of Hong Kong’s school of Chinese medicine, told The Australian that “Qingfei Paidu”, a blend of four formulas first used about 1800 years ago, had effectively complemented Western medicine when treating COVID-19 patients.

Associate Professor Feng said traditional Chinese medicine had become increasingly respected after a practitioner, Tu Youyou, was awarded a Nobel prize for medicine in 2015 for proving the effectiveness of sweet wormwood as an anti-malarial drug.

He said, however, that some of the sourcing of its ingredients — particularly of animal parts from endangered species — needed to change.

Wang Xiangwei, the former editor-in-chief of the South China Morning Post, has said banning exotic animal trade in China had become harder because of the revival of traditional medicine. “China’s consistent efforts to push traditional medicine complicate things as some officially sanctioned remedies use animal parts from threatened species, including pangolin scales, rhino horns and tiger parts,” he wrote in the Post.

In February, a senior official at China’s National Health Commission said a pangolin, an endangered species whose scales are used by some practitioners of traditional medicine, may have been the original carrier of the new ­coronavirus.

While planeloads of traditional Chinese medicine are being flown to Italy, Cambodia and hosts of other stricken countries, its importation is still to receive official approval in Australia. “Traditional Chinese Medicine has not come up in conversation in government planning and no evidence of its effectiveness has been presented,” a spokesperson for the federal ­Department of Health said.