By NewsroomJune 29, 2020Conservation
No Comments

Wildlife conservation hasn’t escaped the impact of the COVID-19 pandemic. This is largely due to the fact that tourism funding, which supports the conservation of wide swaths of Africa and some 23 million livelihoods, has all but dried up.

Wildlife-based tourism in Africa is worth approximately US$71 billion annually. Much of this funds the management of protected areas. For example, the protection of just one white rhinoceros at Kenya’s Ol Pejeta Conservancy costs about US$10,000 each year.

Since the start of the pandemic there’s been a cut to funds for anti-poaching, surveillance and fence line management in most African reserves. Trophy hunting is a key source of this funding. It contributes an estimated $200 million to economies across the continent annually.

Trophy hunting takes place across much of sub-Saharan Africa with South Africa, Namibia and Tanzania holding the lion’s share of the market. The debate over its utility as a source of conservation revenue takes on a new urgency in the light of COVID-19.

The industry is facing increasing pressure because it continues to be perceived by many to be grotesque and morally reprehensible. The viral images and stories of Cecil the lion (killed in 2015) have laid the foundation for a flurry of recent calls by NGOs and animal rights groups to increase bans on the import of hunting trophies. Some have even called for outright bans on hunting. 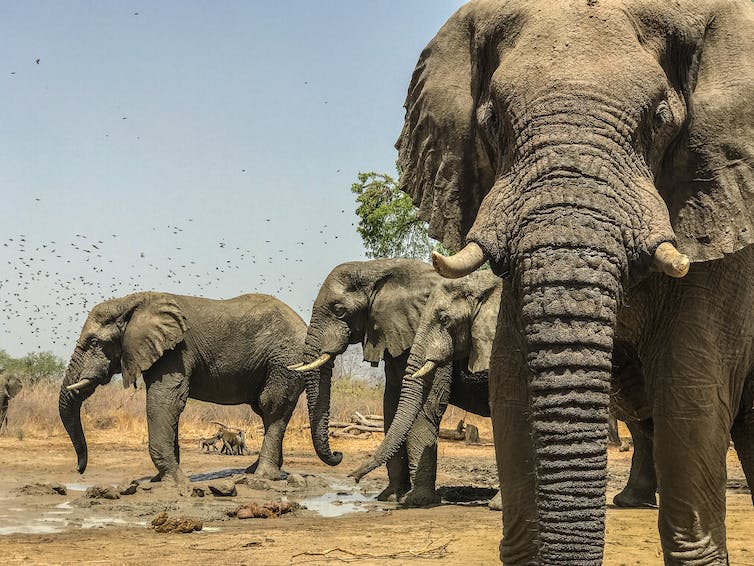 In places like Zambia and Botswana, these calls have resulted in temporary hunting bans. But proponents of blanket bans often fail to consider the broader socio-economic and land use change consequences.

Our research sought to understand how an outright ban on trophy hunting would affect landowners with hunting businesses in South Africa. We found that the majority (91%) of landowners that we interviewed believed that the economic viability of their private land and the biodiversity on it would be lost following a hunting ban. Landowners would move to either scale up eco-tourism on their land or change their land use from hunting to domestic livestock farming.

We interviewed private landowners in South Africa who run trophy hunting operations in the Eastern and Western Cape provinces. We chose these provinces because they are globally important biodiversity hot spots. Some of the operators interviewed also run eco-tourism operations alongside hunting.

Eco-tourism is commonly viewed as a viable alternative to trophy hunting. But our study found that only a third of the landowners said they would scale up or adopt eco-tourism in the face of a hunting ban. The remaining two-thirds believed such a transition to be unfeasible given financial constraints related to entering and competing in a saturated tourism market.

Our results have an important bearing on both conservation and sustainable development. They show that a trophy hunting ban could have a significant impact on the livelihoods of landholders and their employees.

There is also the danger that unintended consequences may cause a decline in wildlife populations. This is because it could result in a lower number of farmers who are running wildlife ranches, who play a large role in species conversation in the country. A recent report showed that South African private conservation land – both formal privately protected areas and wildlife ranches – covers about 14%-17% of the country’s land area. This is over double that of state-owned protected areas. 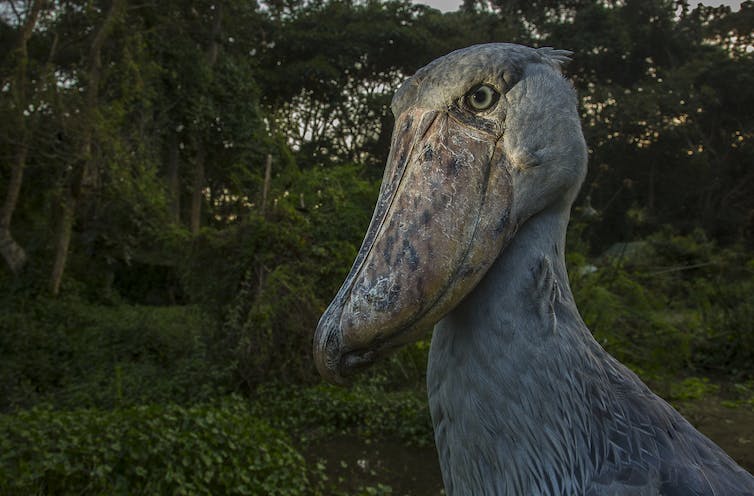 Dwindling funding from photographic safari tourism will likely impact on the conservation of species like this Shoe-billed stork in Entebbe, Uganda. Alex Braczkowski

In search of a pragmatic outcome

Advocacy groups promoting and pressuring policy makers to end all trophy hunting (as well as use and trade of wildlife) need to consider the potential ramifications of such bans. If an end to trophy hunting is the ultimate goal because of its moral unacceptability, the impact on conservation and community livelihoods that depend on hunting needs to be accounted for.

If conservation is indeed an important goal of those calling for an end to trophy hunting, alternative revenue streams and transition plans need to be developed for landholders and communities where hunting is a key source of income. This will sustain both conservation land use and livelihoods.

One way of achieving a more pragmatic outcome to the trophy hunting debate is to combine scientific evidence of likely outcomes together with different values towards hunting to find acceptable solutions. Finding pragmatic ways forward that incorporate different values towards hunting is critical for rebuilding Africa’s conservation sector after COVID-19.