April is citizen science month. In a normal year, any curious person, from kindergartener to senior citizen, would have opportunities to get outside and contribute to research, harnessing the power of the crowd to generate useful data for science. While the Covid-19 pandemic has thwarted many of these plans, there is a world of online citizen science projects in need of citizen scientists — and there’s more than enough data to go around.

“Everybody, no matter what your background or skills or expertise happens to be, can be extremely useful, helpful, and valued within online citizen science,” says Laura Trouille, vice president of citizen science at the Adler Planetarium in Chicago and co-lead of Zooniverse, a citizen science platform with more than 2 million registered users. 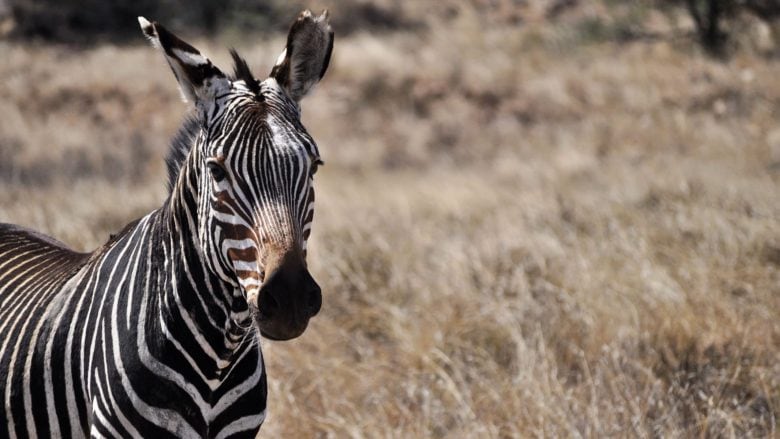 Original image as posted by Undark

As the Covid-19 pandemic has forced people to stay inside, citizen scientists have increasingly turned to online projects. Although crowdsourcing data analysis isn’t always perfect, the move is a boon for some scientists, since it’s helping process backlogs of information during what would otherwise be a time of doldrums for their research. Other researchers are using citizen science to go after Covid-19 directly, crowdsourcing data to form insights on the rapidly developing global emergency. Their message: everyone has something to contribute.

“It is an authentic research experience,” says Meredith Palmer, a behavioral ecologist and post-doctoral fellow at Princeton University who manages several online citizen science projects where users classify animals in images from wildlife camera surveys. “It’s real data. You’re looking at data that no one has seen before.”

Most online citizen science projects work by using the power of the crowd to help researchers overcome bottlenecks in their data processing. A task that might take a small team of experts weeks or months to complete — like combing through millions of images of the night sky or tracing the structures of hundreds of thousands of microscopic images of cells — can be handled more efficiently by many online users. Researchers refer to this process as unlocking the data.

On Zooniverse, participants can work on more than 100 active research projects in astronomy, biology, medicine, and even history. A project called Planet Hunters, for example, allows users to search for planets by marking dips in starlight.

Chimp&See provides clips of chimpanzees in the wild to determine what the apes are up to. And on Anti-Slavery Manuscripts, users transcribe the cursive correspondence of abolitionists.

“We find a way to turn these more complex tasks into micro-tasks that are accessible to someone who doesn’t have the benefit of specialized training,” says Pietro Michelucci, director of the Human Computation Institute, a nonprofit which runs an online citizen science game to support Alzheimer’s disease research called Stall Catchers.

While every data point classified by a non-expert might not be accurate, scientists can combine many classifications of a single data point with what are called wisdom-of-the-crowd algorithms to get results just as accurate as expert responses — and sometimes more accurate. “It’s a process of aggregating the results and looking at the consensus results,” says Trouille. She points out that even lack of consensus on a data point can be useful to researchers for identifying outlying or otherwise odd data.

Once the data is unlocked, scientists can dig in.

In the past few weeks, online citizen science projects on Zooniverse and other platforms like SciStarter have seen an uptick in activity as much of the world stays at home to help prevent the spread of the new coronavirus, SARS-CoV-2. Over the last week alone, more than 200,000 participants contributed over five million classifications across all Zooniverse projects, the equivalent of 48 years of full-time research, according to Trouille. With schools closed, she has also seen renewed interest from teachers and parents looking for ways to keep students doing science at home. (Users can participate through a website or free mobile app.) Palmer says Snapshot Safari, the camera trapping project she runs in Africa, saw daily animal classifications jump from 25,000 a day to 200,000 a day in the initial days of widespread self-isolation and is now seeing three to five times the typical daily activity before the pandemic.

That surge in users means researchers, many of whom are also stuck inside, can more quickly unlock their data and get to work, says Trouille. There is also more time for researchers and citizen scientists to discuss the data online and share ideas and observations. “There is just this very welcoming and supportive community all around the world that is connecting,” she says.

“Right now we’re analyzing the data about as fast as the labs are able to provide new data sets to us,” says Michelucci. “I could easily see that increasing further, especially since we see an opportunity to run events, especially for the schoolchildren.” If the amount of people working on Stall Catchers increases, the project could expand to include datasets from other labs working on other forms of dementia. Michelucci’s team has also been developing a citizen science project to contribute to the effort to slow Covid-19 by improving public knowledge about the risk of contracting the disease at a given place and time. “It seems to me we have an opportunity, given the techno-social infrastructure we have,” he says.

That project will join a number of other citizen science and open source approaches to dealing with the Covid-19 pandemic. Flu Near You, an online map created by Ending Pandemics and Boston Children’s Hospital, now has a sister site called Covid Near You, which crowdsources data to identify hotspots in the outbreak. A game called Foldit, created by researchers at the University of Washington over a decade ago, allows players to develop new proteins that might be effective against Covid-19 by solving puzzles. Kaggle, a crowd-sourcing platform for data scientists, is hosting an open competition to data mine the growing database of research on Covid-19, which, so far, has more than 50,000 articles. And Zooniverse has put out a call to the research community for any Covid-19 projects that might benefit from online citizen science.

Citizen science projects have also opened new opportunities for scientists who have had to pause their regular research due to Covid-19. “That’s the silver lining of this,” says Palmer, who has had to cancel her regular fieldwork studying predator-prey dynamics in Africa. “We’ve got tons of data. Classifying it is this bottleneck. If people can help us get through that backlog of data, then I suddenly have four months this summer. Instead of me trekking around in the field chasing lions, I can devote that time entirely to looking through this data, to analyzing the trends, to looking at these patterns, to getting back to the preserve managers and the people on the ground.”

Palmer says now is a particularly good time to unlock data from her project Snapshot Grumeti, which focuses on camera trapping data from a reserve in Tanzania. Nine black rhinos from South Africa were recently relocated to the reserve and she hopes to learn how their return might have effects that cascade through the ecosystem. “There’s a lot of cool data there waiting to be gone through and discovered,” says Palmer.

In London, regular research activities at the Francis Crick Institute are largely on pause as the biomedical research laboratory focuses on studying coronavirus and testing for new cases. In the past few weeks, however, online traffic has doubled for the lab’s citizen science project Etch a Cell, says Martin Jones, deputy head of microscopy prototyping. The surge will help biologists make progress on cellular imaging data from the Crick, of which, Jones says, there is no shortage. A single cell can generate several terabytes of data, equivalent to millions of selfies.

When a crowd works together on Etch a Cell, a process that would take researchers weeks can be completed in an afternoon. Using a computer mouse or a finger, participants trace the contours of nuclei and mitochondria within electron microscope images of cells — a process called segmentation. Tracings from thousands of cross sections of a single cell can then be combined to create three-dimensional models of the cell’s internal structures, similar to the way a 3D printer builds objects layer by layer. Researchers can use these models to ask questions about how different diseases impact these miniscule cell structures. “Just understanding the basics of what is normal for the shape of a nucleus or a nuclear membrane is essentially an unanswered question, because doing it at scale is so difficult,” says Jones.

Citizen science not only helps scale up that process directly, but the answers it contributes are used to train computer algorithms to complete the process even more efficiently. “We have this big hill to climb at the start to get the ‘ground truth,’ or gold standard annotations from experts or citizen scientists,” says Jones. “But then once you’ve built that foundation, the machine can, in principle, repeat it.”

Projects like Etch a Cell that combine the intuition of human perception with the efficiency of artificial intelligence —in particular, machine learning — have been a major trend in citizen science over the past few years, says Trouille. But it would be wrong to assume humans will make themselves obsolete. Even as computer algorithms catch up with people on complex tasks like image analysis, they can fail to notice things that might be obvious to a human observer. “Human eyes are really good at picking out the unusual and the weird,” Trouille says.

Trouille recalls one example from a schoolteacher named Hanny van Arkel working on a Zooniverse project called Galaxy Zoo, who noticed a “green, glimmery blob” off to the side of a galaxy. “It turned out to be an outflow of a supermassive black hole,” Trouille says. “A machine would never have known to even look for it. It’s only with having so many eyes on the data that you can have a chance to pick out those unusual and strange things.”

Even if a big discovery isn’t forthcoming, the people behind online citizen science encourage everyone to get involved. They recommend it as a way to pass the time this April, learn something new, and help out a socially distanced scientist all at once.

“You have all these family members at home who are driving you nuts?” says Palmer. “Put ‘em online.”