By NewsroomApril 6, 2020Anti-poaching
No Comments

Apart from the threat of direct transmission of COVID-19, there could be another danger to India’s Northeast from the deadly virus. China’s search for an antidote could boost poaching and the illicit trade of wildlife from the frontier region.

On March 25, the National Geographic published an article giving details about a recent policy unveiled by the Chinese government which prescribes using Tan Re Quing, an injection containing bear bile, for the treatment of COVID-19 cases. The item features in a long list of recommended coronavirus treatments published on March 4 by China’s National Health Commission. Bile, secreted by the liver, contains high levels of ursodeoxycholic acid or ursodiol and has long been used to treat bronchitis and respiratory infections by traditional Chinese medicine practitioners.

The article also quotes Professor Clifford Steer at the University of Minnesota in Minneapolis, in the United States, as saying that illegal bile from wild bears is produced in China and is also imported from wild and captive bears in Laos, Vietnam, and North Korea. Another traditional medicine mentioned in the list for use against COVID-19 is Angong Niuhuang Wan used to treat fever and other diseases. It traditionally contains rhino horn, which is a banned item from global trade and under Chinese law. 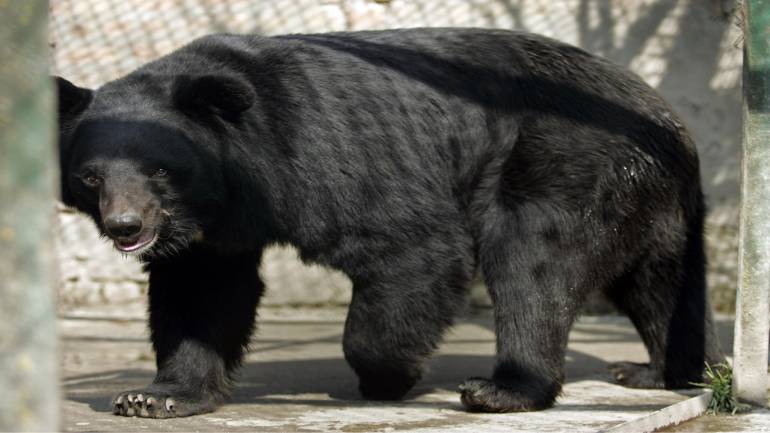 Poaching of both the Asiatic Black Bear and the one-horned rhino is rampant in the Northeast. While the former is hunted in Arunachal Pradesh, the latter is mostly killed in Assam’s Kaziranga National Park. However, while rhino poaching has plummeted in Assam over the last two years, the current trend on Asiatic Black Bear in Arunachal Pradesh is unknown since the killings always remain under wraps in the inaccessible mountains. Undeniably, China has been the destination of both the bear bile and the rhino horn from different regions in India’s Northeast.

A research conducted by senior journalist Mrinal Talukdar on rhino poaching in Assam revealed that the item is smuggled out though a long and meandering track to the markets in China’s south western province of Yunnan. A kingpin named Lampu at Koale (or Chikha) across the border in Myanmar receives the consignment after payment of a reasonable amount to the suppliers.

From these centres, the rhino horn is ferried in the northeast direction of Myanmar to Mongla in Shan State through Mandalay, where another group of buyers would purchase the item to be taken to China. Finally, when the horn reaches Kunming or Gunjum at Yunnan, which has emerged as the hub of rhino horn in the entire region, the price for a gram is about $200-250 or Rs 1.3 crore for a kilogramme.

Trade in bear bile is less organised, which takes place in a vast swathe of Arunachal Pradesh and is smuggled out to China along the LAC.

In 2016, the author had interacted with a few local hunters at Daporjio and Limeking in Upper Subansiri district during a trek to the army outpost at Tame Chung Chung, located about 20 km from LAC on the road leading to Taksing. They admitted to poaching a variety of wild animals, including the Asiatic Black Bear and Musk Deer, besides occasionally engaging in the hunt for the caterpillar fungus.

These items are sold at a high price to locals across the border who are linked to traders in the mainland. Outposts manned by the Indian Army and the Indo-Tibetan Border Police (ITBP) are separated by wide distances in the hilly border which makes the task of keeping a tab on the movement of people extremely difficult.

Programmes on wildlife conservation are now being regularly conducted in the affected districts of Arunachal Pradesh. Wildlife organisations, such as the Wildlife Trust of India and the International Fund for Animal Welfare have also been conducting sensitisation programmes at regular intervals on the Asiatic Black Bear. There is no other option since resources are extremely scarce in the hill state for an effective strategy to combat poaching which is also an established custom.

These hunters and poachers belong to the low income groups and a demand from across the border for a supposed treatment for COVID-19 cases could spur them to engage more in the illicit trade. The state and central government must take cognisance of this development and step up awareness programmes. The Asiatic Black Bear and one-horned rhino must not be victims of COVID-19 and China’s demands.