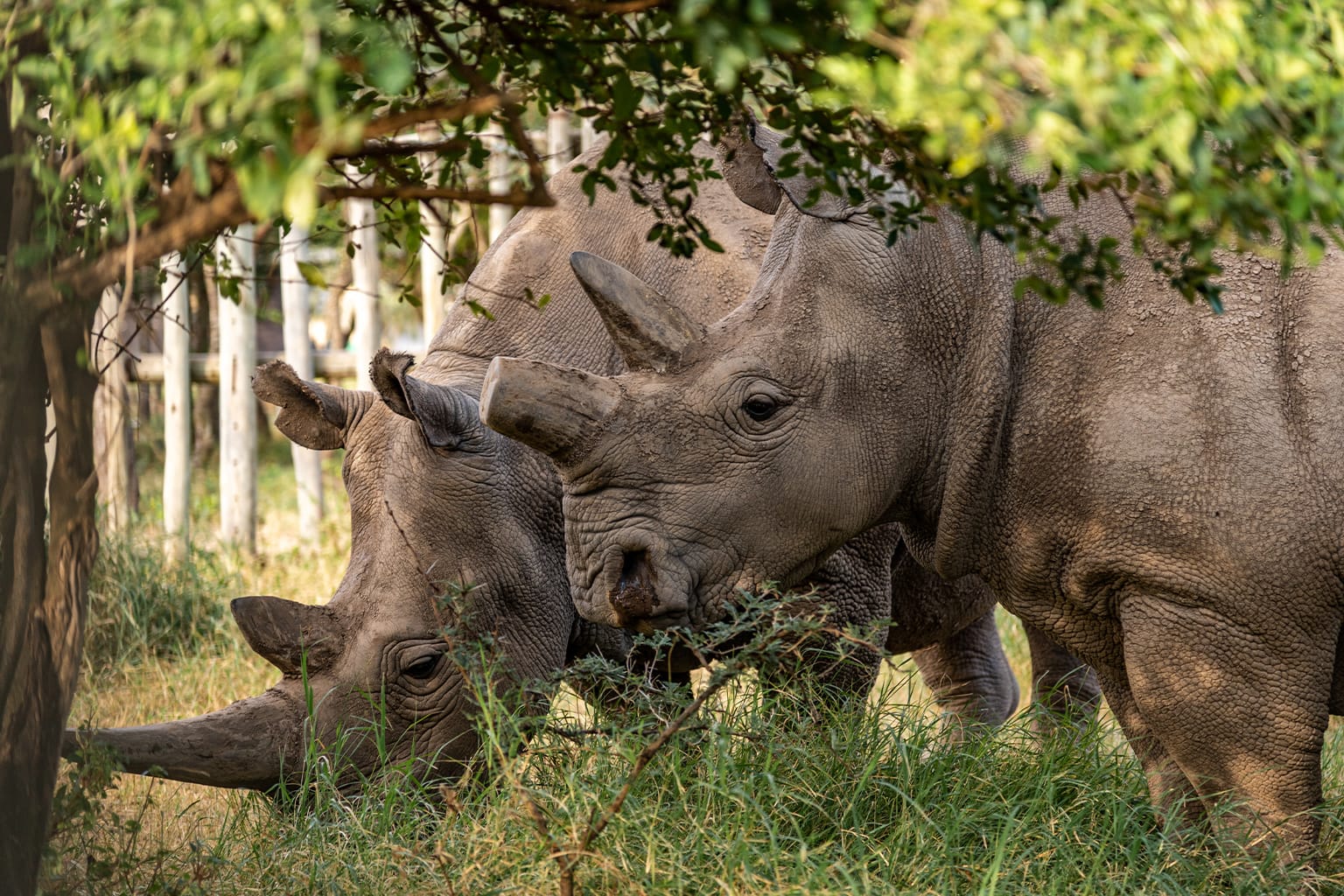 Najin and Fatu, the last two remaining northern white rhinos on the planet, are housed at Ol Pejeta Conservancy in Kenya. Scientists harvest their eggs every three to four months, then airlift them to the Avantea lab in Italy, where they are processed and stored. Image: As originally published by Mongabay.