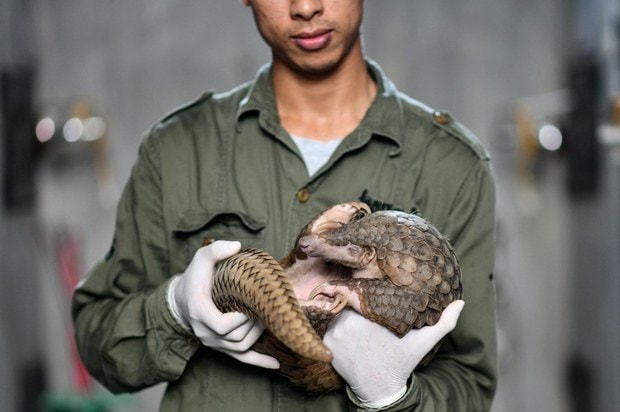 Vietnam has become the top destination for wildlife crime gangs. Image: As originally published by rfa

The Vietnamese government has made notable efforts to address wildlife trafficking, but the country remains the “primary destination for illegal wildlife products sourced from across Africa,” an NGO that investigates environmental crime said in a report Wednesday.

“These networks are accelerating the decline of Africa’s biodiversity and are exacerbating corruption and weak rule of law in many source and transit countries in the continent,” the report said.

As is the case in China, demand for wildlife parts is based on the belief held by many wealthy and middle-class Vietnamese that serving exotic animals at meals as a sign of their status.

Some also believe that wildlife animal “products” have medical benefits, although no scientific evidence is available to support such beliefs. And some men believe that they heighten libido, or sexual performance.

The EIA report, “Vietnam’s Footprint in Africa: An analysis of the role of Vietnamese criminal groups in wildlife trafficking,” says that Vietnam’s wildlife crime networks have been operating on the continent for nearly two decades.

“Vietnamese crime groups are driving unsustainable exploitation of natural resources, exacerbating crime and corruption, and exploiting weak governance and local communities along the supply and transport chain in Africa,” the report said.

Since 2010, the EIA says, and based solely on confirmed global wildlife seizures, Vietnam has been implicated in the trafficking of the parts and products of at least 18,000 elephants, 111,000 pangolins, and as many as 976 rhinos.

These alarming figures represent only a fraction of the actual levels of wildlife trafficking involving Vietnam, though, because much of it takes place undetected.

African states including Angola, Cameroon, Democratic Republic of Congo (DRC), Mozambique, Nigeria, South Africa and Uganda “are grappling with unsustainable levels of poaching and are already bearing the brunt of high levels of other forms of organized crimes, insecurity and corruption,” the report said.

Paul Newman of EIA described Vietnam in a press release as “a major global hub for wildlife crime” and said that international cooperation is urgently needed to tackle the problem more effectively.

There was no immediate response from Vietnam, whose efforts to tighten laws and enforcement were noted with approval in Wednesday’s report.

While criminal gangs operate with relative impunity, “it is recognized that Vietnam has made important progress in tackling wildlife crime, both in terms of improving as well as implementing relevant national legislation,” the EIA report said.

A recent report written by the scholar Mary Alice Young, an expert on transnational organized crime at Bristol Law School at the University of the West of England, challenges the widespread view that the rhino trade in Vietnam is dominated by criminal “kingpins.”

Young says that the assumption that wildlife crime is one of the most profitable organized crimes, ranking alongside drug trafficking, arms dealing, counterfeit goods, and human trafficking also has to be questioned.

When it comes to the rhino trade, she quotes sources as saying that such crimes occur as a result of “savvy and opportunistic entrepreneurs who embrace both legitimate…and illicit business options.”

Young says that rhino horn consumption is more prevalent in Ho Chi Minh City, where there is a longer tradition of the use of rhino horn for medicinal purposes.

In northern Vietnam, consumption is said to be “more related to status, more nouveau riche, and more recent.”

Some of Young’s interviewees feel strongly that legalization is the only way to combat the illegal rhino trade.

“Legalization would work more rapidly than an education program to change the cultural beliefs of consumers—something which could take years,” some said.