Criminals are stealing giant clams—and carving them like ivory. Here’s why. 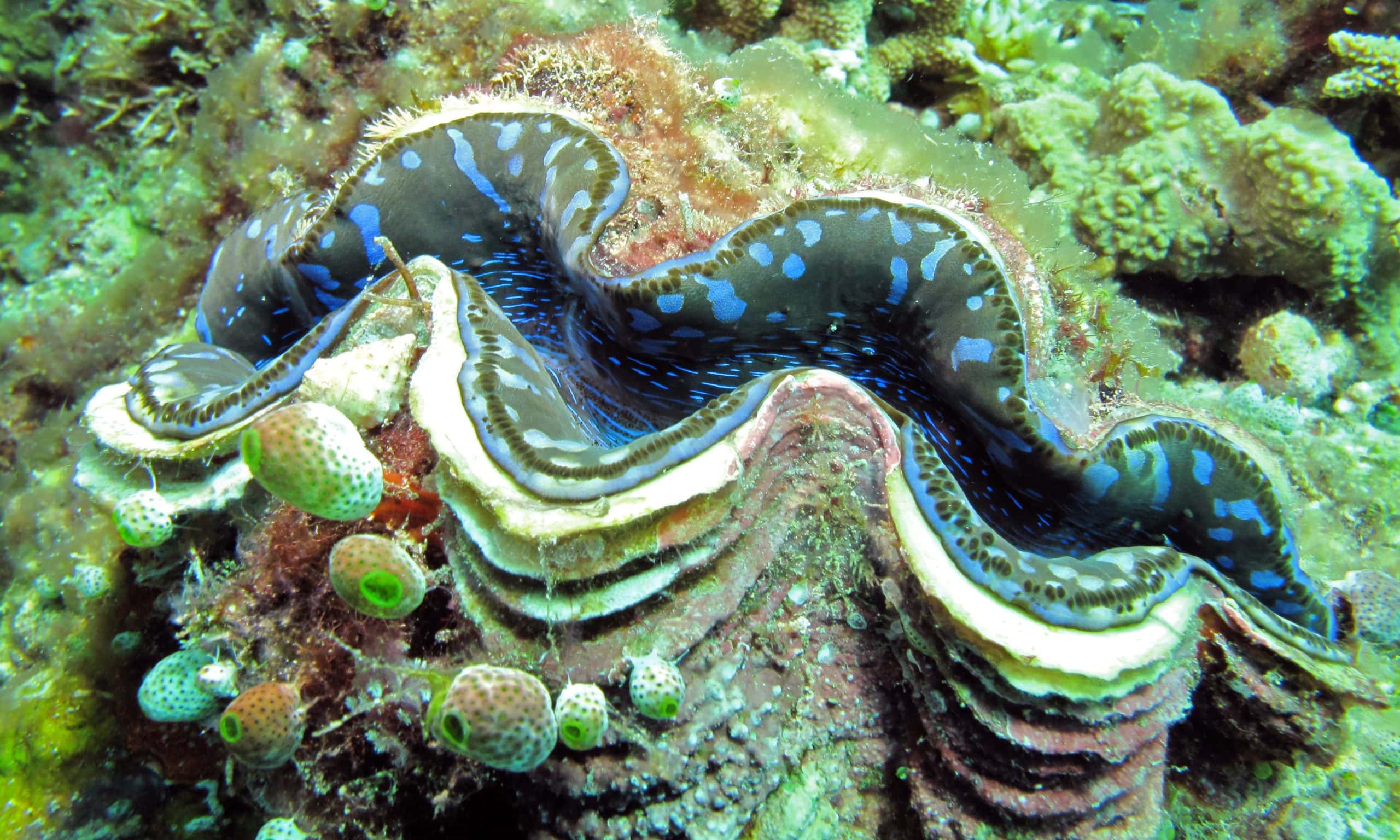 The fishermen had come for the giant clams, massive mollusks measuring as much as four feet across and weighing 500 pounds. Grinding their boat propellers against coral in the South China Sea, they excised the shells, leaving half-moon scars and broken reefs in their wake.

Even when giant clams became rarer and harder to find, they kept coming. Carved giant clam shells resemble elephant ivory and can fetch high prices in China, where they’re fashioned into jewelry and statues. They’ve also been plundered for the aquarium trade and for their meat.

Philippine authorities have seized about 133,000 tons of these increasingly rare shells since 2016, according to a new report by the Wildlife Justice Commission (WJC), a Hague-based nonprofit that investigates criminal networks. Most of that is attributed to the seizure of a single 132,000-ton stockpile in the southern Philippines in October 2019—that’s about five times the weight of the Statue of Liberty. Yet so far this year alone, there have been at least six seizures, almost as many as during the previous five years combined.

The spate of recent busts renews questions about how China’s elephant ivory ban, which went into effect in 2017, is affecting demand for materials that look like ivory and serve a similar cultural function. Giant clam shells may be “used as a cover to launder elephant ivory products in China,” or “the market preference could be shifting” to alternatives to elephant ivory, the WJC report says.

“We know that there is a linkage between the two [products] and that they’re being trafficked together,” says Olivia Swaak-Goldman, the executive director of WJC. Eight giant clam shell seizures by Chinese authorities—nearly a fifth of those publicly reported in China during the past five years—included carved elephant ivory or products that resemble it, such as narwhal ivory, mammoth ivory, and helmeted hornbill casques. Moreover, she says, WJC’s preliminary investigations suggest that there’s been an increase in the trade of mammoth ivory products on e-commerce platforms since China’s elephant ivory trade ban went into force.

Giant clams are protected by national legislation in most places where they live—in the waters of the South China Sea, Pacific Ocean, Indian Ocean, and the Red Sea. International trade of all 12 species is limited under the Convention on International Trade in Endangered Species of Wild Fauna and Flora (CITES).

But even as the “king of all shells” or the “white gold of the sea” has become scarcer, poaching has continued. Tridacna gigas, the world’s largest giant clam species, is now extinct at some sites in the Philippines and elsewhere. Other popular giant clams targeted for the illegal trade include the southern giant clam, fluted giant clam and the maxima clam.

Estimates of the value of the giant clam shells seized in the Philippines vary widely, but they’re likely worth tens of millions of dollars, if not more, according to media reports and WJC’s research. Philippine authorities suspect the shells were to be sent to China by boat and the high volume suggests involvement by organized crime groups, WJC says.

By weight, the Philippine contraband accounts for 99 percent of all giant clam shells seized during the past five years. China, however, has recorded more individual seizures—at least 46 from 2016 to 2021, compared to 14 during that same period in the Philippines, according to WJC’s examination of seizures reported in the media. Seizures, however, likely represent only a fraction of the total trade.

It’s unclear what effect the coronavirus pandemic has had on the trade. Seizures of illegal wildlife generally fell in 2020, in part because of the difficulty of transporting goods, legal and illegal. But that massive giant clam seizure in October 2019 suggests that Philippine stockpile had been accumulating for years before the pandemic, according to WJC. Still, some fishermen whose livelihoods were disrupted by the pandemic may now be turning to the clam trade.

The Philippines’ Bureau of Fisheries and Aquatic Resources did not respond to a request for comment.

Whether the clams in the recent seizures in the Philippines were stripped from coral reefs recently or had been extracted years earlier remains unknown. Poachers target fossilized shells as well as those of live clams, both of which are important for the structural integrity of coral reefs. Live giant clams also act as water filters, removing pollutants from the water as they ingest algae and plankton.

In recent years, as giant clams within reach of boats’ propellers have been depleted, fishermen have been using “methods you would see in maritime salvage, like using high-pressure water pumps to basically vacuum up all the sediment,” says Gregory Poling, a senior fellow and director of the Asia Maritime Transparency Initiative, at the Center for Strategic and International Studies, in Washington, D.C. “It’s much harder to track that because it doesn’t leave scars you can see from satellite images.”

In addition to inflicting physical damage, sucking up material around the shells creates sediment plumes that settle on coral and other marine life, blocking them from getting the sunlight they need to survive, Poling says.

Giant clams may not be “a really cuddly or iconic species,” but these crimes require further action and research, Swaak-Goldman says. With reefs around the world threatened by ocean warming, acidification, and disease, the destruction caused by giant clam harvesting is one more threat they may not survive.