By NewsroomOctober 1, 2021Conservation
No Comments 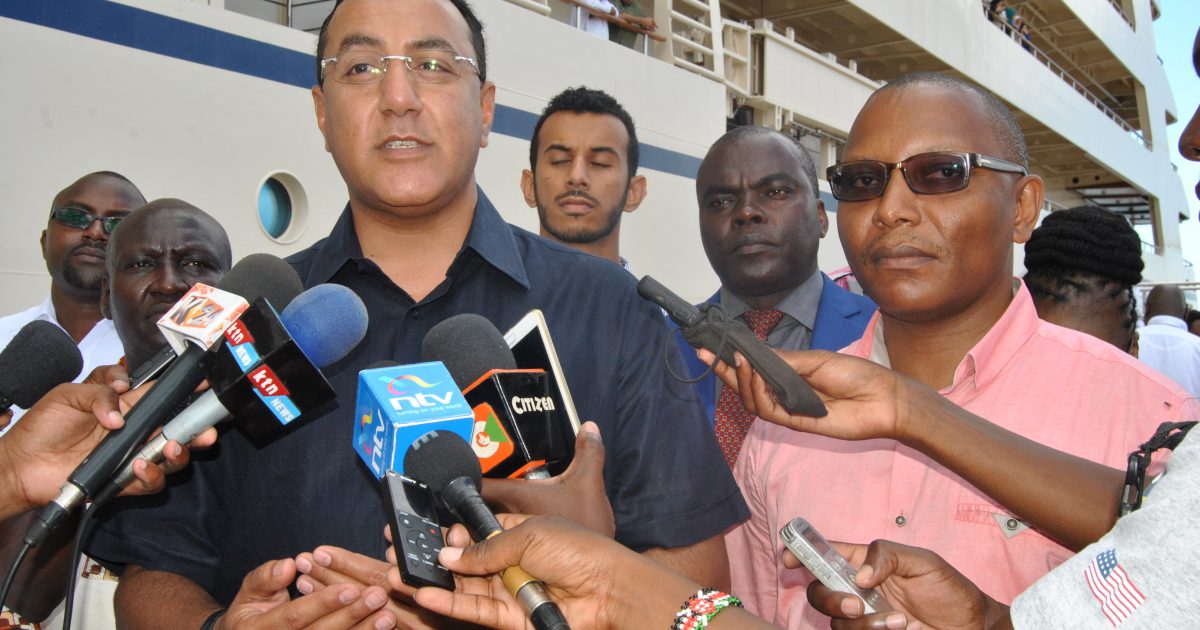 The collaring of the elephants hopes to provide data to the authorities that would be deployed to protect the lives of both humans and elephants sharing the ecosystem.

Balala said the collaring campaign in the region will go a long way in effectively addressing human-elephant conflict which he termed as the greatest threat to the survival of the jumbos.

The collars will be deployed on the southern tip of Shimba Hills National Reserve, Mwaluganje Wildlife Conservancy and the Kuranxe Ranch.

The CS noted that human-wildlife conflict often leads to people killing animals in self-defense or retaliatory killings which have the potential to drive species to extinction if not well managed.

He regretted that over the years, human-elephant conflict has led to the destruction of crops and property as well as human death and injury resulting in retaliatory killing of elephants.

The Tourism CS noted that during the collaring operation, eight satellite-linked collars will be deployed on elephants and the GPS signal from the collar will relay real-time information on the elephant’s whereabouts.

“The first phase will involve deploying four collars on elephants. The collars will be deployed on elephants aged between 20 and 40 years. This is to ensure we do not collar a fast growing individual and prevent the collar from being too tight to the level of injuring the target individual,” he said.

The collars will be deployed onto two male and two female elephants to ensure the movement patterns and habitat use of both male and female are documented and understood.

“This piece of technology will provide us with a clear understanding of how elephants are using their habitat and to what extent,” he said.

He went on, “the data collected through the collars will help rangers predict where elephants and their herds are moving and to anticipate the dangers they may face”.

The CS revealed that the information generated will be used to formulate sound policies for the conservation and management of elephants in the ecosystem.

Balala noted that the population status of elephants in Shimba hills ecosystem has been declining drastically over the years as a result of steady increase in conflicts between humans and elephants.

He said for long, one of the reasons for the decline has been assumed to be migration to Tsavo ecosystem in search of food, water, and mates but added this assumption has not been verified.

“The collaring of elephants in Shimba hills ecosystem is to establish whether they really migrate to the Tsavo ecosystem or they are falling victim to poaching activities,” he said.

Balala said the collaring will identify routes used by the elephants to migrate in different seasons which will also guide development in the County as any development will endeavour to avoid the elephant routes in Kwale County.

He went on, “corridors are important to migratory species of wildlife as they connect the species with their seasonal habitats”.

The CS who was accompanied by his Principal Secretary, Safina Kwekwe said the collaring will also establish the impacts of human activities as well as livestock on elephant movements which he said are major causes of pressure points to wildlife ecosystems.

“As a long term monitoring process, the elephant movements’ data and information is valuable for the effective management of the elephants in Shimba Hills Ecosystem as they continue to experience pressures from human population growth and consequent changes in land use types and land tenure systems” he said.

Balala said his ministry will work closely with local communities to manage and reduce the catastrophic effects of human-wildlife conflict by providing solar-fencing and flashlights and forming voluntary community response teams to safely enable elephants to travel through human-occupied areas.