By Peter BorchertJuly 30, 2020Editorial
No Comments 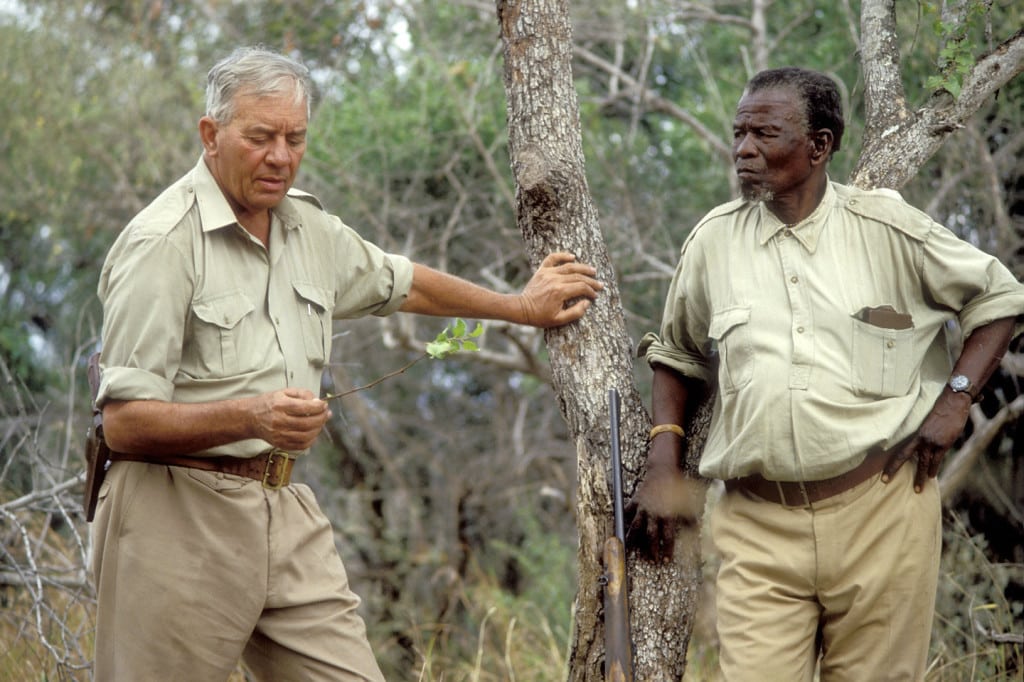 “Rangers are uncertain of what the future is. And yet, wildlife depends on them, and any of us who care about wildlife, we depend on them too. And the rangers depend upon us.”

I admit to not being the greatest fan of “world days.” Granted, they spark fleeting attention and opportunities for government functionaries and others to pop their heads above the parapet to make the right-sounding noises about undoubtedly noble causes. If lucky, they grab a sound bite of attention on mainstream media before sinking back beneath the relentlessly repetitive, rumbling waves of “real news” to await next year’s moment. Sadly, therefore, world days do little to advance the longer-term objectives of critical environmental issues. Perhaps, though, I err on the side of cynicism.

That said, this Friday, July 31, is World Ranger Day, and it is appropriate to reflect on the plight of these men, and a slowly growing band of women, who heroically do so much to protect the precious wild places of our planet. But it needs to be so much more than just a pat on the back and a “Well done, team.” If we are going to celebrate rangers, and heavens above they do deserve our tribute, let’s do it properly. Let’s make it a beginning, a moment for us to commit to them, long term.

But who are these rangers, and what do they do? Here in Africa and in large parts of Asia and South America, the mind’s eye image of rangers is of battle-hardened individuals pitting themselves against ruthless poachers. While fighting wildlife crime is undoubtedly an essential aspect of the ranger’s duties, the reality is far more multi-faceted than that. They are on the front line when it comes to the day-to-day health and well-being of wildlife. They play a crucial role in field research and monitoring the movement of game. The capture and relocating of animals falls within their purview, as do burning programs and other aspects of vegetation management. They are responsible for maintaining infrastructure and equipment, planning, and administration, as well as and other routine office duties. And it doesn’t stop there, for they are also tasked with managing the exacting and growing complexities of relationships with local communities living alongside conservation areas. In short, whenever and wherever there’s a problem in the wild, human or animal, the response is, “Call the ranger.”

To sum up, and as stated on the website of the Game Rangers Association of Africa, “Theirs is often a difficult, dangerous and thankless task for which they receive very little remuneration and recognition and seemingly minuscule support both morally and financially. For their dedication, many have in the past, and no doubt will in the future, pay with their lives.” This is no empty statement—for more than a decade now, a hundred or more rangers die every year, often violently, in the line of duty. Not only is the loss of each one an individual human tragedy and a body blow for conservation, many of the fallen are also married and have children. They have brothers, sisters, and parents. They are breadwinners in communities where jobs are often so scarce that a single salary is eked out to meet the needs of upwards of ten, maybe as many as 20, other human lives. Such is the social and economic impact of a single ranger.

As if these challenges and circumstances are not enough, as we move into the second half of a year in which people everywhere have had their lives turned upside down by the Covid-19 pandemic, conservation faces a particularly devastating side effect.

Tourism, as we well know, has been pretty well wiped out by the disease. Sure, in some places like Europe, the first faltering steps are being taken in getting the industry back on its feet. But it will be a long, long while before there is any meaningful worldwide recovery, especially in developing countries.

The immediate impact has been frightening. According to the UN World Tourism Organization (UNWTO), global international tourist arrivals could fall by 20-30 percent in 2020—equivalent to some $30–$50 billion in lost spending. This dwarfs the effect of other recent setbacks. For example, the 2009 global financial crash caused a drop of only four percent in tourism revenues. In the wake of the 2003 SARS pandemic, the decline was not even half a percent. Globally up to 75 million tourism-related jobs are now at risk. There is no overnight fix and, depending on who you listen to, it could take as long as three years for the tourism industry to recover.

So, the global tourism crash is a crisis of note, but what is the link between this and game rangers? Unfortunately, it is very direct. In many places, but again especially in the developing world, a huge part of the tourism industry is predicated on wealthy foreign visitors for whom experiencing nature first hand is the prime objective. If they don’t come, neither do their dollars. And without the dollars, the great parks of Africa and elsewhere, severely under-resourced in the best of times, will rapidly lose the ability to fund their rangers. And without that Thin Green Line, some of the world’s greatest wonders could be irreparably harmed.

We owe these wonderful human beings a massive debt of gratitude. And the very least we should be able to do for them is to make sure they are properly trained, properly equipped, and that their lives are adequately insured. And, above all else, they must be adequately remunerated, on time every month.

If you’d like to help support game rangers in Africa, please visit RANGERRELIEF.ORG.