Department scores own coal: firm gets mining rights next to Big Five reserve 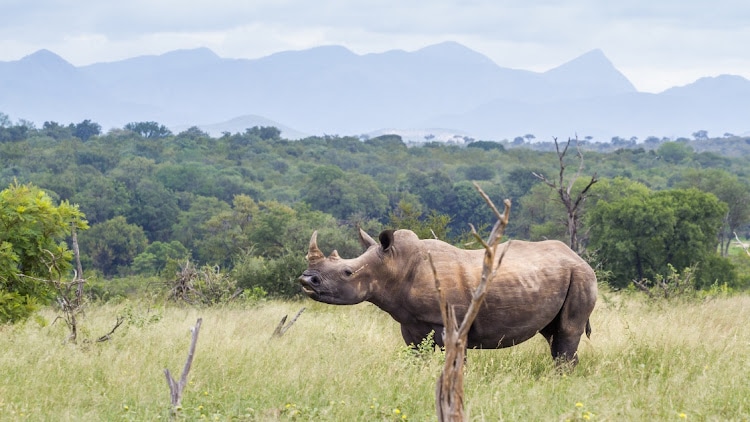 Mining activity near the game reserve could increase rhino poaching in the region. Image: 123RF.com

A “Big Five” private nature reserve in KwaZulu-Natal is under threat with the ministry  of forestry, fishing and environment, authorising a “prospecting” licence to a private company which seeks to mine coal within its boundaries and on its borders.

Nambiti Private Reserve has gone to court, seeking to stop any mining-linked activity which, it says, will devastate the “delicate ecosystem”, affecting not only the tourist attraction but other landowners in the area.

The 23,000 acre reserve is situated near Ladysmith.

The property was the subject of a successful claim by the Senzo’kuhle Nkos’Unodada communal property trust and was transferred to the trust in 2009.

Simultaneously, the trust entered into a 35-year lease agreement with Nambiti to operate the nature reserve. In terms of the deal, the community was given shares in Nambiti and in some of its 10 lodges.

In an affidavit, which came before Pietermaritzburg high court judge Peter Olsen, in an urgent bid to stop prospecting, Nambiti chairperson Clarke Smith said the project had been lauded as one of the most successful land claims in SA.

“Already more than 300 jobs have been created and the community’s ownership represents a substantial inroad into the transformation of the industry.”

He said in February 20919, Richards Bay-based company ZP Holdings made an application to the minister for prospecting rights on part of the reserve, “which would be an unbelievable incursion, even on the level of research, surveys and so-called invasive work”.

He said the reserve and neighbouring landowners were not given notice of the application and it had been brought to his attention after a notice was stuck on a pole in the neighbourhood.

He had immediately noted an objection, pointing out that the application did not disclose that part of the area under consideration for a mining licence included the nature reserve.

“The reserve is well known in the area. It is impossible that they would not know of it. The department also should have been aware, if it had bothered to do any due diligence.”

He pointed out that any work, even so-called “non invasive” work, would mean employees would be working close to dangerous wildlife and, further, it could potentially increase the risk of poaching, particularly of rhino.

He said the notice regarding the application had not included a proper map to those potentially affected, so they would have an understanding of the location of the proposed mine.

However, he had engaged the services of land surveyor Mark Turnbull, who had determined that the prospecting rights incorporated an area within the reserve, on its boundaries and within a 5km buffer zone.

Smith said the prospecting and mining would also have an effect on the water quality of rivers and underground water.

He said in June this year, the department of mineral resources and energy advised by email that it had agreed to grant a licence to ZP Holdings.

Smith said in large part it had relied on a basic assessment report provided by ZP Holdings, which set out a prospecting works programme and the potential impact of the activities.

No mention was made that the land formed part of a protected reserve.

In terms of legislation, any appeal had to be lodged with forestry, fisheries and environment minister Barbara Creecy.

Smith said the appeal was submitted late because of Covid-19 and the unrest in the province.

“I applied for condonation and the acting director, appeals and legal review, notified us that condonation had been granted.

“I expected the minister to hear the appeal. But instead she overturned the condonation decision.”

In the matter before judge Olsen, which was argued by adv David Saks, Smith sought an interdict stopping any sort of prospecting or mining activity pending a review of the authority given by mineral resources.

However, ZP Holdings’s Phumlani Zuma launched a counter application, saying Creecy’s decision not to hear the appeal was clearly wrong.

Zuma, in his affidavit, said an internal appeal was the “best forum to traverse the demerits” of Nambithi’s stance.

He undertook not to conduct any prospecting activities until that appeal was finally determined.

Judge Olsen issued an order, giving all parties until November 23 to file any opposition as to why he should not set aside Creecy’s decision and order that she hear the internal appeal.