By NewsroomMarch 10, 2020Anti-poaching
No Comments

Even though poaching is illegal in many countries, animals are still killed for their tusks, horns and skin. Sadly, Botswana recently legalised the killing of 70 elephants. 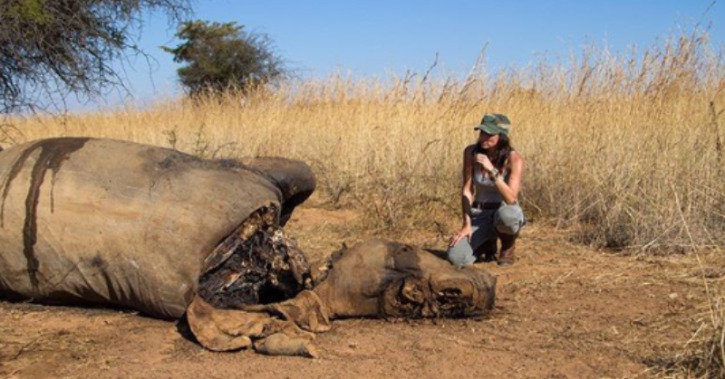 On her Instagram, she posted a picture of a poached Southern White Rhino who seems to have been brutally decapitated for its horn. She shared the image with the caption, ‘Unfortunately this job isn’t all positive encounters. Part of this work is confronting the tragedy that these beautiful creatures face… including poaching’.

She further wrote, ‘This poor Southern White Rhino had its life brutally cut short by greed and miseducation. Rhino horn does not cure cancer, and it certainly should not be seen as a status symbol by those who use it (which it currently is due to its huge black market value), instead those who are involved should be ashamed because this is what you leave in your wake’.

The time and location of the image are not known but Shannon has credited the image to another wildlife photographer Josh Guyan. This is how some people reacted to the image. White rhinos are the second largest land mammal. A majority of southern white rhinos are found in just four countries: South Africa, Namibia, Zimbabwe, and Kenya. These mammals are classified as ‘near threatened.’ It is sad that an animal that is close to endangerment is killed for only one part of its body. Human greed knows no bound.