By NewsroomSeptember 7, 2021Land conservation
No Comments 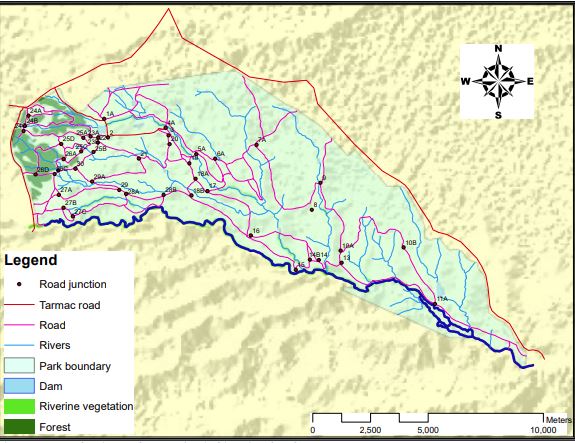 The Government-sponsored census conducted between April and July 2021 noted that the southern dispersal areas where animals used to roam have been blocked by ‘fences, land subdivision into commercial and residential plots, and expanding human populations.’

“From the bimonthly ground census, it is estimated that 70-80% of the park’s animals roam outside of the protected area boundaries to the southern dispersal areas which are still crucial to most of the migratory animals. Unfortunately, those corridors linking the park to the greater Athi-Kapiti plains have been obstructed by development,

Wildebeests, Warthogs, Gazelles, Waterbucks, Hartebeest are among the animals whose populations have declined by nearly 70 percent due to the encroachment of land around the park.

The park has 40 warthogs, 91 gazelles, 22 Waterbucks, and 546 hartebeests, it also has only three lions, three leopards, and four Cheetahs.

“These changes have made the wildebeest migration that had over 30,000 animals in the 1960s to completely collapse due to blockage of their migratory routes. In addition, the population of warthogs (Phacochoerus africanus), waterbuck (Kobus ellipsiprymnus), hartebeest (Alcelaphus buselaphus cokii), and gazelle populations have declined by about 70%,|” the report noted.

National infrastructural development including the Standard Gauge Railway was listed among the factors that have diminished land wildlife.

The national giraffe population also recorded growth from about 23,000 animals in 2019 to about 34,240 animals in 2021, which represents about a 49 percent increase over three years.

The report further raised the concern of livestock encroachment into the key wildlife ecosystem like Laikipia-Samburu-Meru-Marsabit, Tsavo, Maasai Mara, and Lamu-Lower Garissa saying it leads to a competition of resources

“As such, displacement of wildlife is likely to occur as they avoid competition with the livestock. This was observed in Laikipia-Samburu-Marsabit-Meru Ecosystem, where it is believed elephants relocated to the hilly areas in the ecosystem, such incursions also fuel poaching as most herdsmen are armed with automatic weapons,” the report added.

The census the first and only total wildlife count that has been undertaken in Kenya and Africa.