A doctor in South Africa who has made it her life’s work to stop rhino poaching across the African continent is now fearful the coronavirus lockdown could leave the endangered species with a target on its back.

Though South Africa is on lockdown, Dr. Lynne MacTavish of the Mankwe Wildlife Reserve in South Africa’s Northwest province and her remaining staff are working long hours, especially now during a full moon, to ward off poachers who may look to capitalize in the decrease in oversight.

“We are doing our best during these circumstances,” she told InsideEdition.com. “Now that the parks are empty, the only people left are games guards and anti-poaching units, but this leaves the animals vulnerable.”

Mankwe Wildlife Reserve was founded by MacTavish’s father 26 years ago. She became involved in conservationist efforts 20 years ago. Ever since, protecting animals has been her passion. 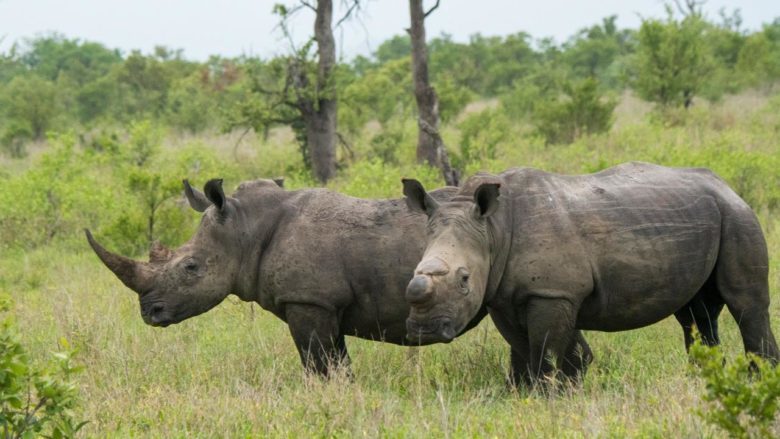 In 2014, MacTavish made it her life’s mission to specifically focus on saving the rhinos after she witnessed the aftermath of a brutal slaying. Poachers had come onto her reserve and shot a female rhino, broke its spine to paralyze it and, with an ax, forcefully removed the animal’s horn. It was then left to bleed out and die.

“What I saw, I will never forget,” she emotionally said. “The way they are killed is absolutely barbaric.

“My dad and I are passionate about the rhinos and in 2014 when they killed the rhino, that was the worst thing that could have happened to me and that gave me a purpose to fight for them,” she continued.

South Africa was initially placed on lockdown for two weeks in response to the COVID-19 pandemic, but President Cyril Ramaphosa has extended the period for another two weeks. There, like in many countries, the economy is on the decline, as the national parks’ ever-important tourism has come to a standstill.

“We are normally full from January to December,” MacTavish said. “So many people have lost their jobs [around the country] and we have seen an increase in bush meat to eat and sell…. The number of rhinos was declining before COVID and it will decimate the population that is already in decline.”

Nine rhinos in her area alone have been killed since the lockdown started two weeks ago. In neighboring Botswana, also on lockdown, 11 rhinos have been killed, MacTavish said.

“Rhino horns are the most valuable commodity in the world,” MacTavish said, noting they have become a sign of wealth and status to some.

Poachers often hired by organized crime syndicates kill rhinos for their horns so they can be sold on the black market, where MacTavish said that one kilogram of rhino horn can go for $60,000.

“South Africa classifies poaching as organized crime and it is much bigger than just local poaching, as terrorist organizations such as ISIS have funded it,” she said.

In an effort to protect the animals at the wildlife reserve, MacTavish said she has begun trimming the animals’ horns. The procedure drastically decreases the horn’s value and is painless.

There are 29,000 rhinos left in the world, according to the World Wildlife Fund. Africa is home to 87% of the world’s population of the species. MacTavish fears that number is in danger of dramatically declining, noting she may be forced to decrease the number of people on her team, leaving the animals that much more vulnerable.

“We need governments and international NGOs to step in and fund the rangers and anti-poaching teams,” she said. “Everyone is focused on themselves and that is understandable but I feel the wildlife will be the hardest hit while no one is watching.

“These animals are just as much yours as they are mine.”

For more information on Dr. MacTavish’s work and to learn how to help, click here.