By NewsroomFebruary 13, 2020Anti-poaching, Conservation
No Comments

“Encouraging arrests and convictions” and “testament to hard work” are two of the phrases used by Democratic Alliance (DA) MP James Lorimer following the announcement of a drop in rhino poaching numbers of 225 last year over 2018.

“The decrease should not blind us to the fact that nearly 600 rhino poached is still way too many,” Lorimer, the DA spokesman on the environment, forestry and fisheries, told defenceWeb. 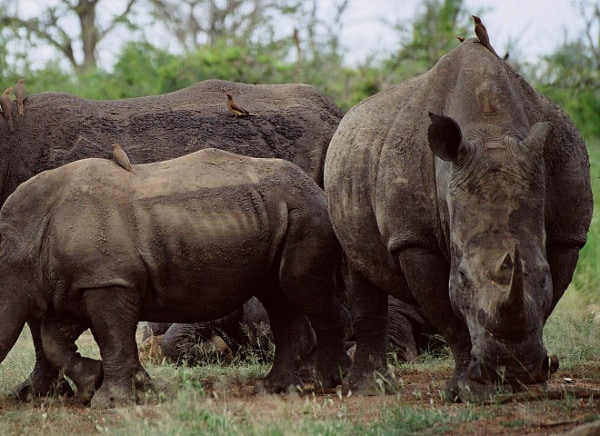 Original photo as published by DefenceWeb

“The key question is: are we (South Africa) winning the battle against poaching? In other words are rhino numbers increasing or decreasing?” he asks with the sixty-four thousand dollar question “has poaching in the Kruger National Park gone down because there are fewer rhino and they are harder to find?”

Lorimer understands why solid information about rhino numbers is hard to come by.

“Authorities and private owners prefer to keep the whereabouts of ‘their’ rhino concealed to protect against poachers,” he said adding the “other side” was also a possibility. “This concerns officials anxious to keep their failure to properly come to grips with the rhino poaching scourge out of the public eye.”

While it might not be “nice”, Lorimer is adamant this information is necessary to firstly, establish if the war on poaching is being won and secondly, to see whether there has to be a rethink on strategy.

Indications are further light will be shed on the national strategy to combat wildlife trafficking, including poaching, in the first half of this year.

According to Environment, Forestry and Fisheries Minister Barbara Creecy the draft National Integrated Strategy to Combat Wildlife Trafficking (NISCWT) will be considered by Cabinet in the first half of this year.

The NISCWT was a recommendation of the Committee of Inquiry into whether South Africa should table a recommendation for legal trade, or not, of rhino horn to the 17th Conference of Parties to the Convention on the Illegal Trade in Wild Fauna and Flora in 2016. It aims to strengthen law enforcement aspects of the successful multi-disciplinary approach – the Integrated Strategic Management of Rhinoceros – and broadens the scope to combat other wildlife trafficking, not only rhino poaching, a Department of Environment, Forestry and Fisheries statement said.