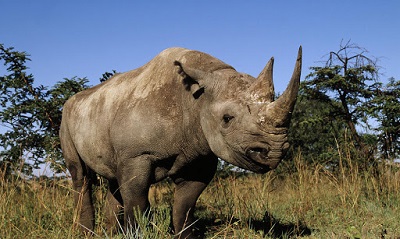 The easing of lockdown restrictions has triggered a rise in the poaching of rhinoceros in South Africa.

No less than 249 rhinos have been poached since the beginning of the year, representing a 50 percent increase from the same period last year (January-June 2020).

South Africa during that period went into a hard lockdown (Level 5) following the emergence of the coronavirus (COVID-19).

Save the Rhino International, the conservation charity, explained that with parks closed, only essential travel allowed and curfews in force, it became harder to get into a rhino reserve or conservancy to poach a rhino.

Trafficking horn out of the country also became harder, with flights grounded and borders closed.

Save the Rhino highlighted that, and the great efforts of rangers, during the first six months of 2020 poaching in South Africa declined by 48 percent, compared to the same time the year before.

“Unfortunately, as restrictions began to ease, the numbers started to rise,” Save the Rhino stated.

The charity welcomed that still, the figures were lower than two years ago when 318 were killed in the first half of the year and 594 in total.

“Thankfully, this is still below what they were in 2019, but of course, every single rhino loss is one rhino too many, and it’s devastating.”

The charity is grateful to rangers at local sanctuaries, including the Hluhluwe-iMfolozi Park (HiP), a 960 km2 reserve in Kwa-Zulu Natal Province, east of the country.

Home to black and white rhinos, it has suffered from rampant poaching, which escalated in December 2020.

Thanks to donations from well-wishers, the facility has purchased quad bikes to assist patrolling efforts, improving incident response time and enhancing the chances of rangers apprehending suspects.

An electric fence has been erected and solar panels installed.

Dirk Swart, a Section Ranger at HiP, a ranger at the park since 2006 welcomed the support from Save the Rhino and donors.

“We often go through difficult times and turmoil, but at the end of the day, we get through them,” Swart said.

South Africa experienced its worst poaching trends in 2014 when 1 215 rhinos were killed.

It is home to nearly 80 percent of the world’s rhinos.

Asia, where horns are prized in traditional medicine, is the main destination of the illegal products.