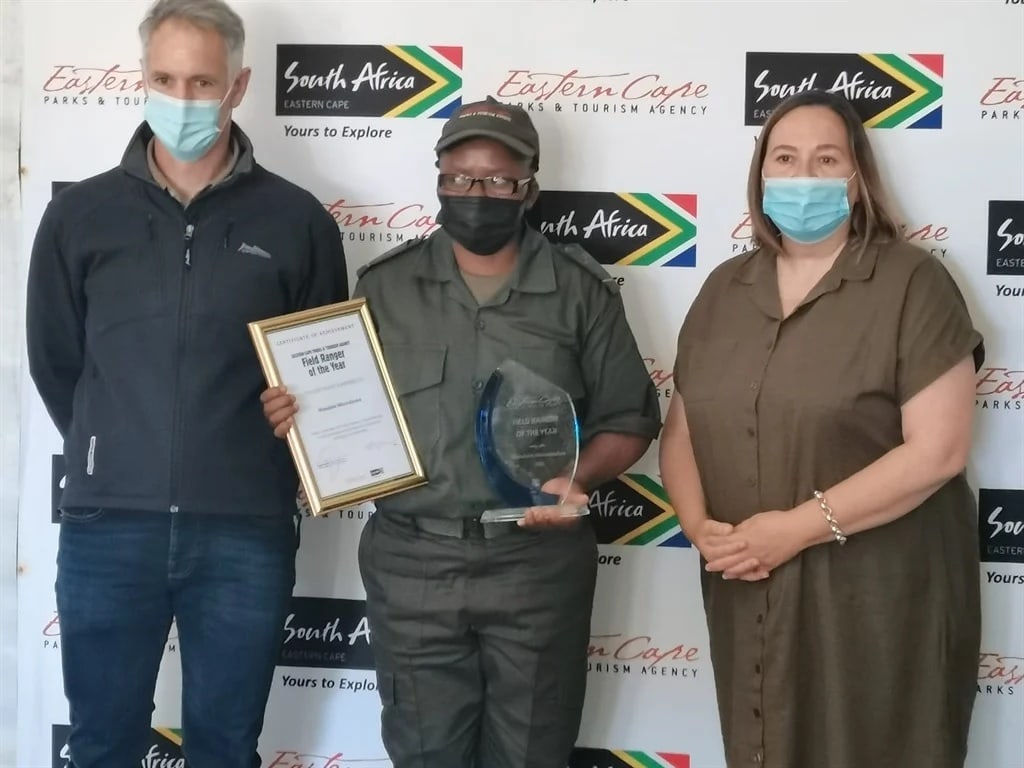 The South African government needs to do more to combat rhino poaching and other environmental crimes – this was the call made by the MEC of local economic development and finance in the Eastern Cape Mlungisi Mvoko.

The award ceremony was held to honour the agency’s finest game rangers responsible for the safety of rhinos and other animals at the agency’s 15 nature reserves.

Five rhinos were poached for their horns at the ECPTA’s reserves in 2018 alone. None have since been killed.

At the event, rangers working in the agency’s marine and coastal, game and recreation, and biodiversity and heritage reserves were honoured for their passion, dedication, and bravery.

Rwexu’s award is no fluke. In October he took the Best Field Ranger Award at the national Nature Conservation Awards.

At the ceremony, ECPTA CEO Vuyani Dayimani praised the front-line troops for putting their lives on the line for conservation of animals.

Dayimani said the field rangers were hailed for going beyond the call of duty working in very challenging terrain.

He said Rwexu was selected for the CEO’s Special Award for displaying passion, commitment, and dedication in rhino management.

“The spotting of the animals, tracking the footprints and being able to even tell that the print is five or four days old, is a special attribute. He is very reliable even to his peers and was recognized for his work by external awards organisers,” said Dayimani.

Asked for their comments, Rwexu and Mcunkelwa simply smiled and said they were only doing their jobs.

Mvoko also urged the public to be involved in the government’s conservation efforts.

“As communities we share the same space with our wildlife. Therefore, without community involvement, there will be no conservation,” he said.

“As government, we need to boost the morale of rangers by showing them that their battle against poachers and other environmental crimes is not in vain.

“We want to tell you that we understand and fully appreciate the fact that poaching goes much deeper than mere physical security. Social and economic problems such as unemployment and poverty are part of the problem. In other words, it is a multi-dimensional problem that extends beyond provincial borders, countries and government departments.”

According to Mvoko, a number of successful operations have been recorded as collaborative work done by law enforcement agencies ensured successful arrests and prosecutions.

He added criminal elements within society take advantage of the socio-economic pressures and drive the demand for illegal wildlife products.

“However, working closely with communities adjacent to parks will bring a better and sustainable solution to wildlife management and ensure that benefits such as eco-tourism, ecosystem services and local economic growth are realised.”