Editorial: Elephant and lion heads belong on those animals, not on some trophy hunter’s wall 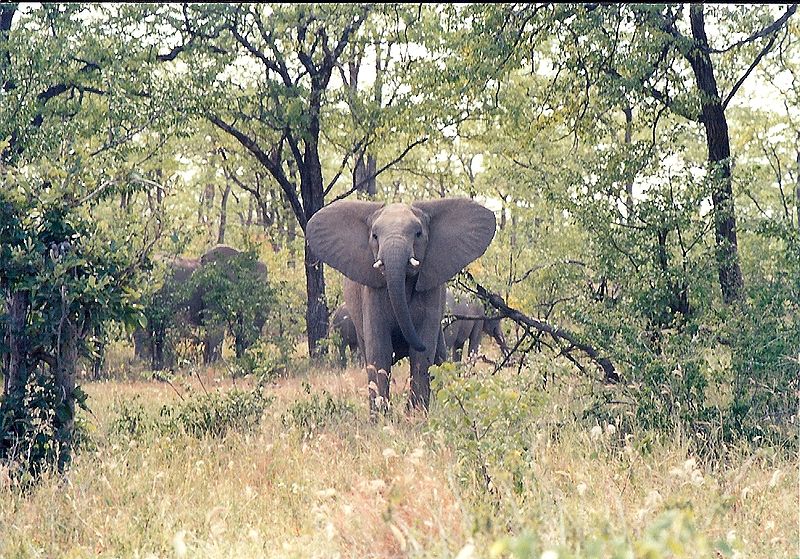 Wildlife across the globe is imperiled by habitat destruction, climate change, war, wildfires and poaching. Yet even as populations of vulnerable animals dwindle, hunting them for trophies remains legal in a number of countries.

For instance, most conservation groups consider African elephants and lions to be threatened or endangered. The amount of protection afforded the animals, however, depends on the country they happen to be roaming in, and some continue to sell the rights to hunt and kill them.

That’s why a California man last year could legally kill an elephant in South Africa — shooting it repeatedly after the animal collapsed on its knees, injured but not dead. (A video of the shooting was obtained by People for the Ethical Treatment of Animals.) And even though lions in southern and eastern Africa have been listed as threatened under the Endangered Species Act since 2015 (after their numbers had plummeted 43% over the previous two decades), the Trump administration allowed a hunter’s lion trophy to be brought into the U.S. from Tanzania this year for the first time since 2016.

But hunters won’t be able to keep new trophies in their California homes if a bill winding its way through the state Legislature becomes law. Senate Bill 1175, authored by State Sen. Henry Stern (D-Canoga Park), would prohibit possession of trophies — the taxidermist-stuffed heads or other body parts of dead animals — from any of 13 iconic African species, including African lions, African elephants, leopards, black rhinoceros, white rhinoceros, giraffes, two species of zebras and baboons.

Most — but not every — species listed is considered endangered or threatened. Some are “look-alike” species that may not themselves be threatened but resemble other species that are, and thus give cover to someone either deliberately or accidentally hunting the threatened animal. But as Brendan Cummings of the Center for Biological Diversity (which co-sponsored the bill along with the animal welfare lobbying group Social Compassion in Legislation) put it, “The future is not bright for any large African animal under climate change.”

The bill can’t stop federally authorized importation of these trophies. Instead, any trophy imported in the future would have to be removed from the state within six months of its arrival. The ban would not apply to any trophies you already have on your walls.

The bill would also prohibit the importation into California of live animals that “evidence suggests” could be responsible for “a readily transmissable human disease without a readily available and effective treatment.” Although there are laws in effect now to regulate this traffic, Stern says, this is an attempt to tighten the regulations in light of the current pandemic.

Americans are by far the largest importers of hunting trophies from vulnerable species. One justification has been that the tens of thousands of dollars hunters pay for these expeditions supposedly go into wildlife conservation. Currently, the U.S. Fish and Wildlife Service allows trophy importation on those grounds on a case-by-case basis. But opponents of trophy hunting of vulnerable species contend that little of the money spent on expeditions reaches conservation programs or local communities. This issue continues to be hotly debated, but one thing not being debated is that many of these species are in trouble. Given that real danger, these animals shouldn’t be hunted.

One sticking point for SB 1175 is enforcement. A version of the measure passed the Legislature two years ago, but then-Gov. Jerry Brown vetoed it because he said it was unenforceable. A legislative analysis of the new bill says it would cost millions of dollars just to set up an enforcement mechanism. But both the bill’s author and Cummings from the Center for Biological Diversity argue that there are less expensive ways to enforce the ban by tracking the paperwork that accompanies imported trophies.

The bill has already cleared the Senate. The Assembly should approve it, and Gov. Gavin Newsom should sign it.

Ideally, the federal government would ban the importation of any trophy from an imperiled species listed under the federal Endangered Species Act, considering how hard it is to know how much, if any, of the money raised by hunting expeditions is being spent on conservation. Or the administration could decide that trophy hunting is simply not compatible with conservation. Because, by definition, you don’t conserve animals whose population is in peril by killing them and putting their heads on a wall.