By NewsroomFebruary 17, 2020Anti-poaching
No Comments

The Kaziranga National Park (KNP) is once again under the threat of encroachment. Reports of illegal settlers coming to the protected areas of the national park are doing the rounds, although the illegal settlers were evicted in 2016.

In 2016, an eviction order was passed by Gauhati High Court to evict people illegally living in and around Kaziranga. As per the order, eviction was carried out in Banderdubi, Palkhowa and Deuchur Chang villages near the KNP in 2016. The eviction drives in these three villages in the vicinity of KNP uprooted around 300 families from about 525 hectares of land. Following the rampant poaching of rhinos in KNP, demands had been raised for long to remove the settlers from some areas near the Park because there were allegations that some of the people there were aiding the poachers and making the task of killing the animals easier. Besides, there have been charges that many of the settlers were illegal Bangladeshi migrants. 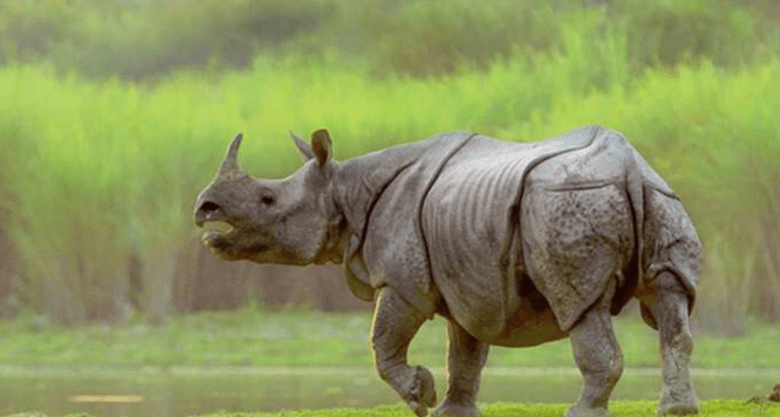 Original photo by The Sentinel

Talking to this correspondent, KNP Director P Shivakumar said, “This area was within Kaziranga National Park when Kaziranga was a reserve forest, back in 1905-1950. The area was de-reserved after 1953 for tea cultivation activities. After Kaziranga became a National Park in 1974, the land was given to the Social Forestry division for adoption of plantation activities in 1985. Despite many challenges and hurdles, the plantation goals were not achieved by the Forest department and the land was once again given to the Revenue department of Government of Assam. ”In 2016, the Gauhati High Court said that the area of 525 hectares of land belongs to KNP and ordered the Government to evict the area and hand it over to the KNP authority. In this regard no such progress has been recorded in the last four years since the eviction in 2016. No survey, demarcation or such work had been done in the past; but we have initiated surveys and other formalities in the last two days. We are in close coordination with the civil administration and works are underway to complete the handing-over and taking-over procedures of the land as soon as possible.

“If the government does not act fast and complete the official procedures for handing over the evicted area of 525 hectares of land to KNP, the encroachment may continue to take place and the situation may worsen in the coming days.

“We can go for the protection and other co-related works only after the official formalities are done and after we take over the land and officially add it within the protected boundaries of the National Park. To keep the area under close surveillance, we have set up a camp in the Deopani area and three rhinos are currently present in the area,” P. Shivakumar added.

Recently, the KNP authority carried out a waterfowl survey in the areas under the Baghmari forest camp for the first time after freeing the area of encroachers in 2016. And the results were favourable: A total of 355 water birds belonging to various species and families were recorded in the previously encroached areas. After the eviction in 2016, the area is now gradually becoming preferred home of wild flora and fauna of the national park. Along with that, other birds and animals belonging to vulnerable and endangered categories were also recorded recently in these previously encroached areas.

Fingers have been pointed at the role of Revenue and Forest department officials, as there has been no development regarding the handing and taking over of the evicted area in the last four years. Nature activists have also questioned the government’s concern over the issue.

According to sources, there are some groups of illegal settlers, who are continuously trying to take over the land again after it was freed from encroachment in 2016. While some of the illegal settlers are interested in the land itself, other groups want to carry on their business connected with fishing here. A large number of wetlands or beels having a rich presence of fish and others aquatic beings have made illegal fishing rampant inside the National Park. Along with that, poachers also prefer to use houses of these illegal settlers as safe havens. On the positive side, however, there has been a decreasing trend in the killing or poaching of rhinos inside the National Park during the last two years.