By NewsroomApril 3, 2020Anti-poaching, Conservation
No Comments

Africa’s critically endangered black rhinos may be lumbering slowly towards recovery, but they are “not out of the woods yet”, says wildlife vet Dr Jacques Flamand.

Last week, the update of the International Union for Conservation of Nature (IUCN) Red List of Threatened Species found that between 2012 and 2018, the black rhino population grew at a “modest” annual rate of 2.5% from an estimated 4,845 animals to 5,630 in the wild.

Population models predict a further slow increase over the next five years. The IUCN credits the slow increase to conservation efforts to counter the persistent threat of poaching.

“While it’s true numbers are growing, it should be noted that growth of most populations is slow in most regions, that poaching further slows that growth rate and that numbers are not that huge,” points out Flamand, who heads WWF’s Black Rhino Range Expansion Project (BRREP). “Without concerted conservation effort, that growth would not have occurred.” 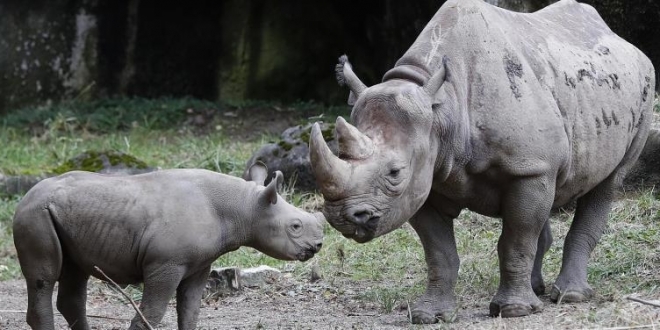 Black rhinos in southern Africa have been “lucky”, as there are many more white rhino to bear the brunt of poaching. But numerous threats continue to jeopardise the species’ survival. This includes the demand for rhino horn; habitat loss; a “laissez-faire” attitude by some conservation bodies; under-funding by governments and “lazy officials”; and corruption in law enforcement agencies, he says.

“Poverty and greed make it not only attractive to poach, but also to keep quiet about poachers in an area in exchange for possible benefits. This can mean unsympathetic communities.”

Very often, game parks have huge neighbouring communities that “get no benefits from the parks” while porous game parks and international borders allow easy transit from inside to outside.

The IUCN says the rise in black rhino numbers is largely due to continuing law enforcement efforts and successful population management measures, including moving selected rhinos from established populations to new locations to keep populations productive and increase the species’ range.

Flammand started the BRREP in 2004 to address the low growth rate of black rhino in South and southern Africa. “Its newly created South African populations are nearly all increasing at a greater than 5% level and areas from which black rhino were removed to create those populations are also increasing faster.”

The project has created 13 new populations of black rhino and the animals have also been moved within other countries, such as Namibia and Kenya.

While Flamand feels a sense of achievement, his was a team effort. “The creation of partnerships between landowners and conservation bodies was key to making it happen. That involved many dedicated people. “We still need much more land if the impetus is to be maintained. Land is the limiting resource and having landowners with the means and will to take part in the project is not easy in this day and age.”

Anti-poaching efforts, de-horning and engagement with communities neighbouring rhino reserves and parks and in southern Africa, have helped too, to stem the onslaught. The largest populations of black rhino are found in huge reserves difficult to police adequately without huge resources, which poachers then target. Criminal syndicates fan the demand.

Flamand says ways must be found to make black and white rhino add value to the landowner on whose land they sit. “State reserves are under-funded and have large, difficult to protect reserves. People have tried to bring in rhinos for tourism, but that’s a very competitive market.

“At the moment, and because they don’t have much commercial value, we rely very much on passionate people who have spare resources to invest in protecting rhinos. Otherwise, no one would keep them.”

The IUCN say numerous more white rhino continues to be categorised as near threatened. Numbers fell by 15% between 2012 and 2017 from an estimated 21,300 to 18,000 animals, which largely cancelled out most of the growth in white rhino numbers from 2007 to 2012, from poaching in the Kruger National Park, home of the largest population in the world.

The White Rhino is more vulnerable to poaching as it has larger horns, and favours more open habitats so is easier to find than the black rhino. The poaching of African rhinos to supply the illegal international rhino horn trade remains the main threat to the two species. But strong counter-measures by range states, private landowners and communities are having a positive effect: recorded poaching of African rhinos has been declining at a continental level in recent years.

“With around half of white rhinos and close to 40% of black rhinos now conserved on privately or community-managed land, the trend towards rhinos being increasingly viewed as costly liabilities could threaten to limit or reverse the future expansion of the species’ range and numbers.”