By NewsroomAugust 24, 2021Anti-poaching
No Comments 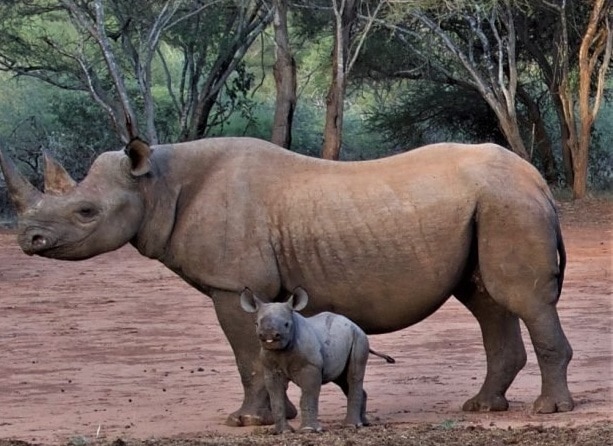 A rhino calf and its mother. Image: As originally published by eTN

Ngorongoro Conservation Area in Tanzania this week launched a new protection method to save the most endangered black rhino within its conservation ecosystem and the rest of the East African region. Jointly with the Ministry of Natural Resources and Tourism with technical support from Frankfurt Zoological Society (FZS), Ngorongoro Conservation Area Authority (NCAA) is now protecting its rhino population with special marks and electronic devices for radio monitoring for ease tracking.

The official numbers designated for the rhinos in Ngorongoro in Tanzania start from 161 to 260, conservation officials said.

Identification tags on the rhinos’ left and right earlobes will be placed, while 4 of the male mammals will be fixed with devices for radio monitoring to monitor their movements while venturing beyond the conservation boundaries.

Protection of these black African rhinos in Ngorongoro is going on at this time when conservation experts are facing problems connected to an increasing human activity in this heritage area due to rocketing human population sharing its ecosystem with wildlife.

Save the Rhino International, a United Kingdom (UK) based conservation charity for in situ rhino conservation, said in its latest report that there are just 29,000 rhinos left in the world. Their number had dropped sharply over the past 20 years.

Researchers from the Sigfox Foundation have been fitting rhinos in Southern Africa range states with special gadgets with sensors to track their movements the save them from poachers, mostly from Southeast Asia where the rhino horn is desired.

By tracking the animals, the researchers can protect them from poachers and better understand their habits to protect, then swap them to breed them, within protected areas and ultimately conserve the species.

The Sigfox Foundation is now partnering with 3 of the largest international wildlife conservation organizations to expand the rhino tracking system with sensors. The first phase of the rhino tracking trial, called “Now Rhino Speak,” took place from July 2016 to February 2017 in areas protecting 450 wild rhinos in Southern Africa.

South Africa is home to 80 percent of the world’s remaining rhinos. With populations decimated by poachers, there’s a real danger to lose the rhino species in forthcoming years unless the African governments take serious steps to save these big mammals, Save the Rhino experts said.

Black rhinos are among the most poached and endangered animals in Africa with their population decreasing at an alarming rate.

Rhino conservation is now a key target which the conservationists are looking to ensure their survival in Africa after serious poaching which had decimated their numbers in past decades.

Mkomazi National Park in Tanzania is now the first wildlife park in East Africa specialized and dedicated for rhino tourism.

Overlooking Mount Kilimanjaro to the north, and Tsavo West National Park in Kenya in the east, Mkomazi National Park boasts an array of wildlife including more than 20 species of mammals and some 450 species of birds.

Through the George Adamson Wildlife Preservation Trust, the black rhino was reintroduced into a heavily-protected and fenced area within the Mkomazi National Park which is now conserving and breeding black rhinos.

African black rhinos were translocated to Mkomazi from other parks in Africa and Europe. Black rhinos in Africa have over the years been the most hunted animal species facing great dangers to their extinction due to a high demand in the Far East.

Covering an area of 3,245 kilometers, Mkomazi National Park is one of Tanzania’s newly-established wildlife parks where wild dogs are protected together with the black rhinos. Tourists visiting this park may see wild dogs which are counted among endangered species in Africa.

In past decades, black rhinos used to roam freely between the Mkomazi and Tsavo wildlife ecosystem, extending from Tsavo West National Park in Kenya to the lower slopes of Mount Kilimanjaro.

African black rhinos are a native species living in Eastern and Southern African range states. They are classified as a critically endangered species with at least 3 sub-species declared extinct by the International Union for Conservation of Nature (IUCN).