By NewsroomAugust 2, 2021Land conservation
No Comments 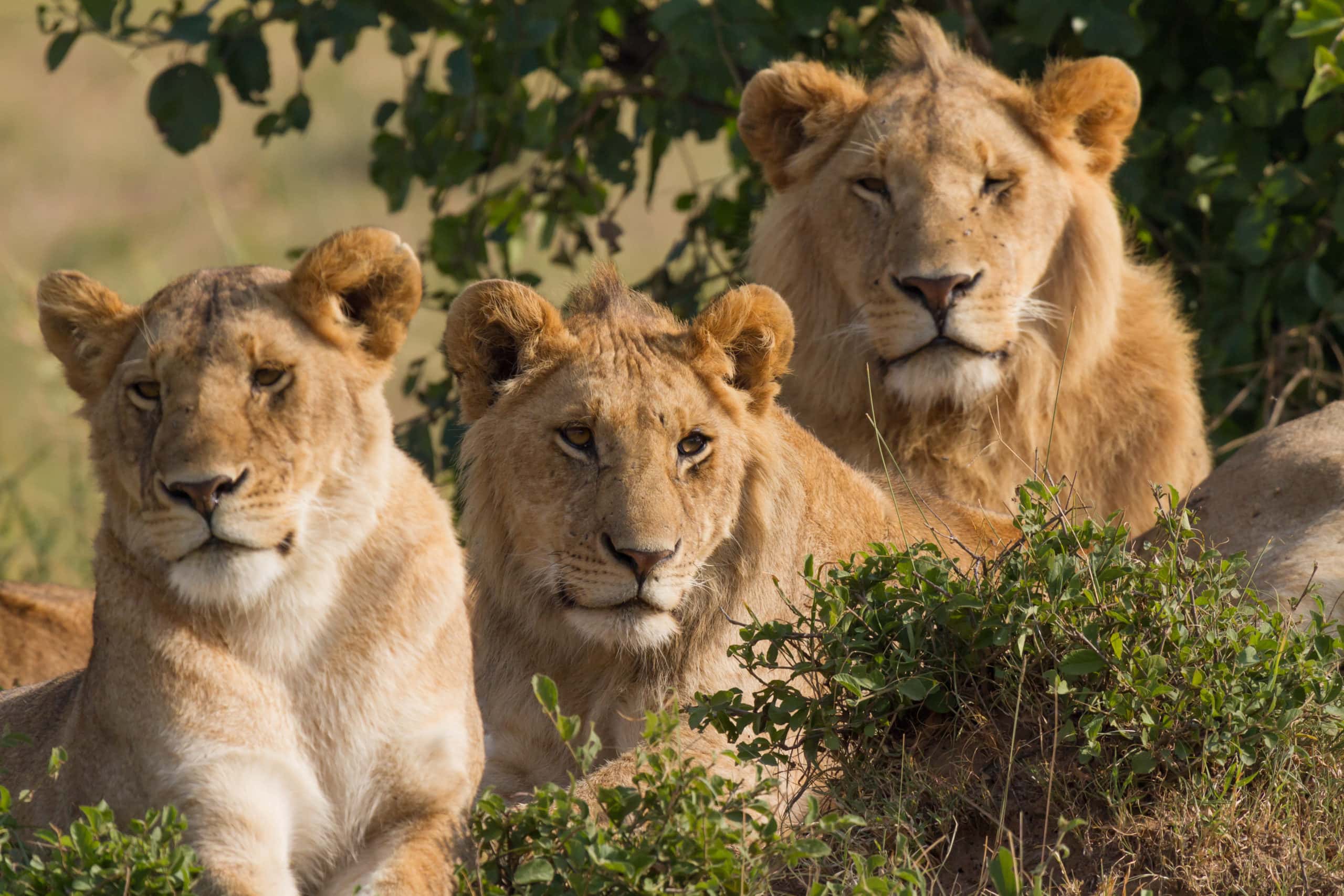 The Marsh Pride lions featured in the BBC Big Cat Diary documentary series are perhaps the most famous lions in the Maasai Mara National Reserve.

The core pride of lions resides in the Musiara Marsh, near Governor’s Camp, after which the big cats are named.

The marsh is the heart of the Marsh Pride dry season territory, while to the east, the intermittent watercourse known as ‘Bila Shaka’ (no doubt) was the traditional breeding site and resting place for the pride.

Last week, members of the pride were among the most sighted lions by tour guides and tourists after two females identified as Dada and Rembo, together with Rembo’s three cubs were seen finishing up a male buffalo they had killed the previous day in the marsh.

There were also two males — Half-tail and Logol. Dada was seen babysitting Rembo’s cubs, which were very relaxed with her, jumping and lying on her. It’s clear they consider her their second mother and protector.

However, wildlife lovers and conservationists in the Maasai Mara National Reserve are a worried lot. Erratic weather is posing a threat to the marsh, which the pride depends on for prey. At different times of the year, it is either too dry or too wet.

A tour guide at Governor’s Camp, Mr Moses Ntwala, says with the exception of a little water in the centre reed beds and in the northern flats, the marsh sometimes becomes dry, forcing wildlife to move to other areas in search of water. The lions follow them, and some find new territories in the migration, forcing the pride to disintegrate.

The pride may move further into the Mara North Conservancy when the reserve’s long grass leads to a scarcity of prey.

In the wet season, Musiara marsh and Bila Shaka area, which are part of the Marsh Pride territory, become waterlogged and the lions move to higher ground to the north and east, encroaching on human habitats.

“In both extremes, the lions are affected because the prey moves to other areas for pastures, leaving buffaloes and elephants, hence the struggle to kill the buffaloes,” said Mr Ntwala.

The Marsh Pride has always been vulnerable since its territory spreads beyond the reserve’s boundary. This poses a danger of human-wildlife conflict with the communities living in the Mara North conservancies. Also, changing land ownership and utilisation practices and regulations have affected their freedom of movement.

In early December 2015, eight lions from the pride were poisoned by Maasai herders illegally grazing their cattle in the reserve.

“Due to these conditions and habitat loss, the pride occasionally breaks into groups, like some of them have been forced to cross over to the Mara Triangle and set up home in Kichwa Tembo area as their territory,” he added.

The Bila Shaka — which got its name because lion sightings in the area were a must-see for visitors — had a permanent river 10 years ago, but which has stopped flowing and many water pools have since dried up.

However, Mr Jackson Looseyia a tour guide who featured on Big Cat Diary partly agrees that global warming is threatening the social cohesion and the very existence of the Marsh Pride, but says it is not yet alarming.

“We cannot rule out whether patterns affect the marsh, but the lions sometimes break away and take over a pride in a different territory,” he added.

It is estimated that there are between 850 and 900 lions in the Mara and surrounding conservancies. Individual males can hold huge territories ranging from 30 to 400 square kilometres.