Ex-Bok scrums down for a cause (South Africa)

By NewsroomNovember 23, 2019Conservation
No Comments

Handing over the cheque for R1,097,556 at a function at The Tramways this week, the former lock forward, who is CEO of Wiesenhof Coffee Holdings, said the group had been supporting conservation since 2017.

At that point they had begun donating 60c for every cappuccino sold in their Wiesenhof and Dulce franchises across SA in aid of Wilderness Foundation Africa, and the cheque represented the total raised so far. 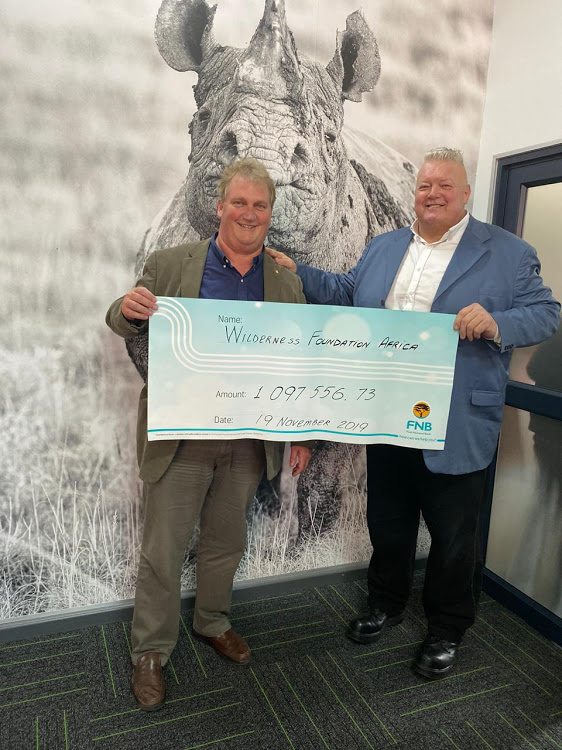 “My wife and I started this business because of our passion for coffee and we are excited to be able to support conservation issues through this passion,” he said.

“We would like to encourage our customers to educate themselves on environmental issues that we are facing, to become more active in preserving the environment and to support causes such as this to ensure that future generations can enjoy nature as we have been able to.”

SA was blessed with extraordinary wildlife but many species were threatened, he said.

“By coming to our stores and drinking a cup of coffee, people can contribute to saving endangered species, like the rhino.

“I think #coffeeforacause is a great initiative and we are very humbled and very proud to be part of it.”

Wiese said he was pleased with the way the initiative was running he would soon be expanding it to include other coffee-based drinks sold in Weisenhoff and Dulce stores.

“We’ll be directing some of the money towards anti-rhino poaching work in the Eastern Cape and some to our youth development programmes in which we develop the life skills and employability of vulnerable young people across the country.”

He said the donation was sorely needed.

“In these economic times NGOs are really feeling the pinch, so these innovative ways of raising funds are the way forward.

“We are hugely grateful to Kobus for this donation.”