Exotic pet trade in the EU: A threat to health and biodiversity ​​​

By NewsroomJune 7, 2021Wildlife Trade
No Comments 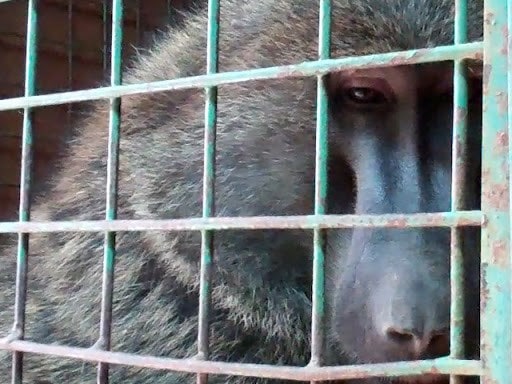 The animal pet trade has the potential to spread diseases. Image: As originally published by The Brussels Times.

The risks posed by the trade in the EU and the opportunities for better regulation were discussed last week at an event hosted by the Portuguese EU presidency and co-organised by Eurogroup for Animals and AAP Animal Advocacy and Protection.

The role of animal markets in the outbreak of COVID-19 is still unclear. According to WHO, the outbreak was likely caused by trade in animals at a wet market in Wuhan, where it arose in animals, jumped to humans and then spread via human-human transmission.

While the world is still coping with the devastating effects of COVID-19, the conversations around zoonoses (transmission of diseases from animals to humans) have focused on the potential role of illegal wildlife trade in spreading pathogens. The threats issued from legal trade have largely been overlooked, when in fact they are at least three orders of magnitude larger than those of the illegal one.

“It’s necessary to deepen the issue of animal welfare, which must be thought in an integrated and interdisciplinary approach,” said Maria do Céu Antunes, Portuguese Minister of Agriculture.

“Working together to promote improvements in animal welfare is fundamental for building solutions to the global challenges we face, such as the spread of disease, resistance to antimicrobials, among others that arise and result from climate change.

The growing trend for exotic pet keeping has significantly increased the likelihood of spillover events in the EU. Besides the health risks, the exotic pet trade also poses threats to biodiversity, causing wildlife populations decline and risk of disease transmission to native wild animals. Finally, the lack of appropriate legislation on exotic pets may result also in severe animal welfare problems.

“With the EU Green Deal and the 2030 Biodiversity Strategy, the EU has the opportunity and the duty to reduce the risks associated with the exotic pet trade, while showing global leadership to reverse the devastating impacts of human activities on nature and biodiversitym,” commented Reineke Hameleers, CEO at Eurogroup for Animals.

“The scope of the new Wildlife Trafficking Action Plan should be expanded and explore avenues to properly regulate the trade in wild animals”, she added.

A new report launched by AAP Animal Advocacy and Protection offers an overview of the role exotic mammals kept as pets in EU Member States, and rescued by AAP, play in the transmission of zoonotic diseases.

Currently, millions of exotic mammals are illegally trafficked, kept as pets or used in circuses and other forms of entertainment. This causes an unimaginable amount of animal suffering.

“Eight baboons kept in the basement of a private home in Germany. Cages filled with bats, stacked between reptiles and silver foxes, at an animal fair in the Netherlands. Exotic squirrels, sold on a French website to the highest bidder. These are just some examples of the myriad of ways in which the exotic pet trade manifests itself within the EU.”

According to AAP, the findings corroborate that the current EU regulatory framework is insufficiently equipped to prevent, detect and respond to the zoonotic disease risks posed by the exotic pet trade.