By NewsroomAugust 24, 2020Land conservation
No Comments 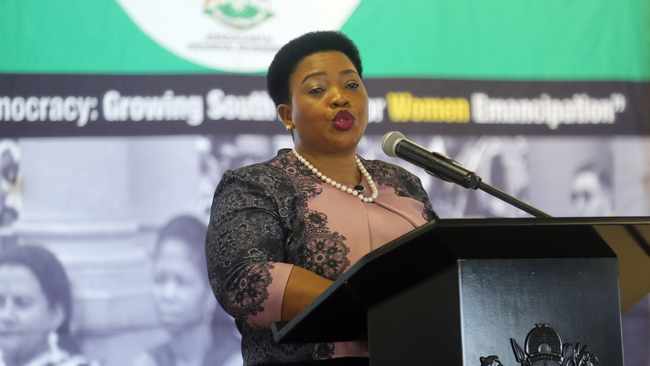 DURBAN: MEC for Economic Development, Tourism and Environmental Affairs Nomusa Dube-Ncube has cracked the whip on the embattled entity Ezemvelo Wildlife, suspending the entire board with immediate effect.

The Environmental Affairs Portfolio Committee was told during a briefing on Tuesday that the board had been suspended after allegations of maladministration which implicated all the members.

A source close to the investigation said last night that among the allegations was that the 12-member board, which had been appointed in 2018, had constantly interfered with management decisions, lacked good governance and there were procurement irregularities.

Dube-Ncube had written to the chairperson of the portfolio committee, Sthembiso Mshengu, informing him the board had been suspended and that an acting chief executive had been appointed as the accounting authority.

The announcement caused concern among some members of the committee who questioned if it was legal to appoint the acting chief executive as the accounting authority of the entity.

In a letter to the chairperson of the committee, Dube-Ncube said there had been prima facie allegations against the board as a collective. “I also can confirm that I have approached KZN MEC for Finance Ravi Pillay to institute a forensic investigation into Ezemvelo, which will be conducted by the external entity to be appointed by him (Pillay),” she said.

She added that Pillay would also have to appoint an accounting authority in Ezemvelo. Pending his decision, the acting chief executive would be appointed as the accounting authority. Dube-Ncube said they would await the report on the investigation by Treasury.

“There are two types of support that we have sought from the Treasury. The first is where we are going to be analysing the budget of Ezemvelo and the spend. Also, where are we spending our money as Ezemvelo? We need to understand if there is a need to restructure the way the budget is done so it talks to the mandate of Ezemvelo.

“The second part, which is external, is the forensic investigation. If there have been problems in Ezemvelo, let’s allow the process to figure out what is going on,” she added.

DA committee member Heinz de Boer said the organisation was in crisis and was too top heavy. He added that funds were not being made available to the workers and the organisation’s establishments were struggling to attract visitors.

“The suspension is welcomed, but it would have been good for the MEC to take the committee into her confidence as to what is going on in Ezemvelo before the matter went public,” he said.

IFP committee member Joshua Mazibuko said they were informed by Dube-Ncube of some alleged corrupt activities in the board.

“For now we will observe and let the law take its course. If the board is guilty they must be moved aside and a new board appointed, and if they are cleared, so be it. But what we will say is that we have noticed for some time that the entity had problems and you could see it is not stable and I was questioning the leadership of the board,” he said.

Retired game ranger and former manager of Ndumo Game Reserve Paul Dutton said the firing of the board was “good news” as its performance had been “disgusting”.

“They have kept conservation in the doldrums and didn’t go out of their way to raise money to keep the reserves going. I am not surprised they fired the board, it should have been done years ago. I am very glad they have fired the board but they must select a good board,” he said.

“There are certain people who are dedicated and who are out in the field every day and night facing tremendous problems and not getting any help from head office, and people feel left out.

“The board have been inactive and not setting good principals and have let down conservation in KZN. They have let down their guard in trying to prevent rhino poaching – the rhino is a flagship species and when you threaten it everything falls apart,” he said.

“If you go to Hluhluwe now it’s appalling. There were rondavels and it was well run, and now you go there it’s grotty,” he said.