By Peter BorchertOctober 20, 2021Editorial
No Comments 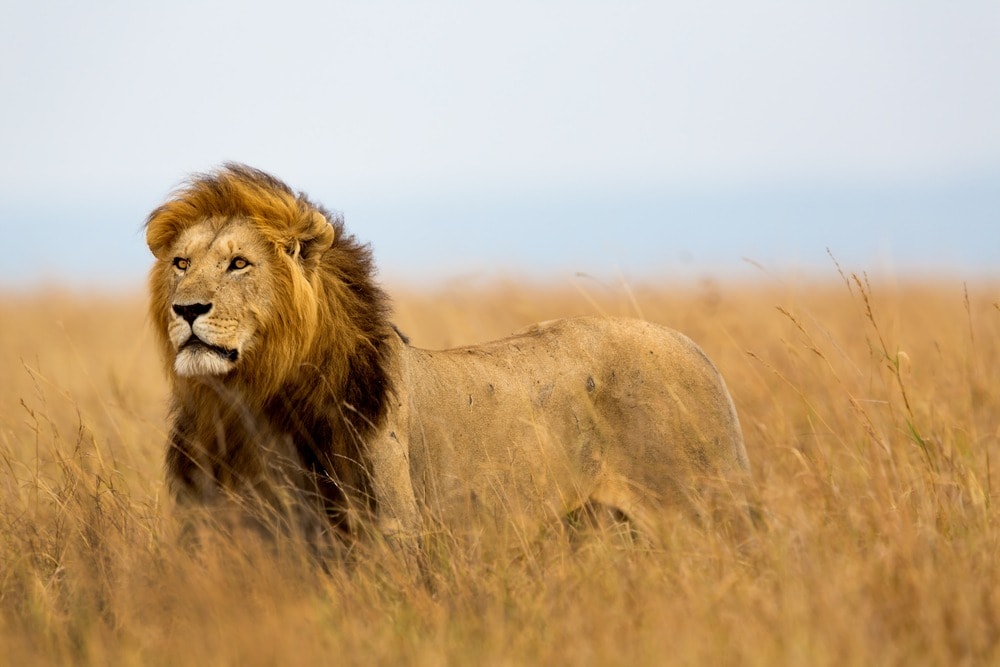 The sheer beauty of a wild lion. © Maggy Meyer/Shutterstock.

I often fear that we are so wrapped up in bickering and grandstanding in conservation circles, so determined to defend existing positions, that we fail to see what is really needed.

Take trophy hunting, for example. It is seldom far from the surface in conversations about conservation, and few other topics bring out such vehemently opposing views. At the one extreme are those who regard trophy hunting as a morally reprehensible practice that should have no place in the world today, while on the other are those who see killing animals for “sport” as noble, tantamount to a spiritual right bestowed by a higher authority. And then there are those who mess about in the middle. These fence-sitters are the rationalists, I guess. They don’t quite side with the hunters but tend to justify the practice as an unpleasant necessity that at least provides some income for poor people in marginalized rural areas where there are few, if any, opportunities to scrape a living.

The hunting cauldron boiled over again recently and, rather like Cumbre Vieja on La Palma, has continued to hiss, spit, and spread its fire without respite. The eruption point came in mid-August when an American trophy hunter shot a male lion on the outskirts of Hwange National Park in Zimbabwe. It certainly wasn’t the first time that such a thing has happened, and it certainly won’t be the last. (According to National Geographic, some 600 lions are killed annually on hunting safaris in Africa.)

The Hwange lion’s name was Mopane, a big handsome fellow in his prime and no doubt carefully selected for his impressive physique, which—after a taxidermist’s expert ministering—will grace a wall in the hunter’s trophy room. The killing took place not too far from where Cecil, another magnificently maned lion, was shot in 2015. Cecil’s demise dominated the media for quite some time as headline after headline condemned the hunter for his “cowardly” act. And now “lion-killer” Phillip Smith is getting tabloid attention as the “bloodthirsty physiotherapist” who reportedly paid more than $40,000 to slay Mopane.

The Mirror article quotes Eduardo Gonçalves, founder of the Campaign to Ban Trophy Hunting: “Cecil was lured with bait out of the safety of the national park, shot with a bow, and left overnight to drown in his blood. Mopane was lured out of the very same park, killed in the very same location, by the very same hunting company. But whereas Cecil’s killer Walter Palmer left him to wallow in agony for 11 hours, reports state Mopane was left by his killer to suffer in appalling agony for… 24 hours.

Trophy hunting is a vile, barbaric hangover of colonialism.

Gruesome stuff. I not only understand the outrage, I feel it keenly. And while I can admit that sometimes, perhaps, the end justifies the means, trophy hunting is a bridge too far. The unnecessary pain and suffering visited on another living creature for nothing other than the gratification of the hunter is anathema to me. Trophy hunting also grates intellectually, for how can one reconcile the deliberate killing of animals whose numbers are in such sharp decline? Every day alongside frightening climate news, we are also told how populations of wild species after wild species are in freefall—the same species that are so often also the target of trophy hunters. Surely, we should be treasuring each and every individual as if it were the last of its kind?

In such circumstances, how can there be a justification for trophy hunting? There is a lot of bluster, of course, about how hunters are the real conservationists and the special bond they have with Nature and the animals they hunt. But in the end, it boils down to money—trophy hunting is big business, and wealthy hunters will pay handsomely to add another scalp to their belts. And so, there is quite a lot of money to spread around, especially when a big, dangerous animal such as a lion is the quarry. Even a cursory glance at a marketing advert such as this one bears that out. But the spread of benefits is far from even. Of the approximately $39,000 paid for the satisfaction of shooting a “free-range” lion, the lion’s share (if you’ll pardon the pun) comprises the trophy fee of $25,000 and the daily rate (the professional hunter’s fee) of some $11,200. That’s nearly 93 percent of the total cost split between the hunting outfitter and the government department under whose ambit hunting falls.

The money due to the government—the trophy fee— should, of course, be plowed back into conservation. In reality, I very much doubt that happens. Given the deep levels of corruption that infect most government offices in Africa, it is far more likely that the proceeds will drift away long before getting anywhere near an official coffer. As for direct benefit for the community on whose land the hunt takes place, some suggest that the trickle-down is no more than three percent—$1,170. Hardly equitable.

However, it must be said that there are hunting operations and hunting operations, and not all should necessarily be tarred with the same brush. The hunting conservancies in Namibia provide a good example. Some 20 percent of the country has been given over to 80-odd communal conservancies run by local communities. Of these, about two-thirds have hunting quotas used partly to provide food for the community itself and partly to be sold on to professional hunting companies who then bring in their guests—the trophy hunters. A great supporter of this Namibian solution is Dr. Chris Brown, an ecologist, and environmental scientist, with more than thirty-five years’ practical experience in environmental management, planning, and design. Brown, a non-hunter, is an articulate advocate and puts forward compelling arguments for trophy hunting as a valuable conservation tool. In his view, trophy hunting is one of the few win-win scenarios in conservation where local people have a reason to preserve wildlife because they make much-needed money from it. (For anyone with a deeper interest in the subject, Dr. Brown’s very accessible paper is well worth reading.)

The Namibian model is not perfect, of course, and it seems to work better in some conservancies than others. The most successful communal conservancy in Namibia is probably Nyae Nyae. It has a relatively huge hunting quota, which includes leopard, elephant, and buffalo, and is by all accounts the most profitable thanks to trophy hunting.

But then, veteran investigative journalist John Grobler began to reveal a Nyae Nyae community that had become a victim of its own success. The conservancy office had moved to town, and with it, staff and overheads grew. Prosperity drew outsiders with their water-depleting cattle, businesses started up, and alcohol sales began. Infrastructure broke down and was not repaired, and the community started to split into those who held power and those that didn’t. The sad picture emerging was of a worthy ideal beginning to crumble. Predictably the hunting community and others rounded on Grobler, rallying to the defense of the county’s conservancy network. Where the truth lies is anyone’s guess. Nevertheless, while the conservancy network in Namibia may not be perfect—what system ever is?—it has played a positive and pioneering role.

The question to be asked, however, is “Is it the best we can do?” Or put another way: why are people in Nyae Nyae still as poor and hungry as ever? It is a good question and one that applies across the board in Africa, even in areas where photographic tourism is buoyant. Everywhere you go, the great game areas of the continent are flanked by poverty—not people who are just not well off, but really, really poor people living below or perilously close to $1.90 a day, which is the universal marker of extreme poverty.

The dilemma of poverty seems to pertain no matter what the industry of the area may be. Place a mine, plantation, or any large-scale agricultural enterprise alongside a conservation area, and a “lucky few” may find employment in some unskilled menial capacity. But most won’t. They will be the hungry, desperate, unwanted people waiting at crossroads in the forlorn hope that today will be the day that a scrap of work will fall into their laps. It is the rule, not the exception, as anyone driving to a game area in Africa will confirm.

One thing is certain, our precious pockets of near-pristine landscapes cannot exist solely for a privileged few to visit, whether for hunting or photographic tourism. For the great wildlife areas of Africa to thrive (and those elsewhere, too, for the problems are not Africa’s alone), the people alongside them must also prosper. They must have access to clean water, food security, homes, schools, clinics and hospitals, proper jobs, and prospects of better things for themselves and their children.

These things cannot be achieved via community projects alone, however worthy they might be, and neither can they be delivered via feel-good charitable handouts on the part of industry. What is needed is a complete socio-economic shift, a new paradigm if you will, and a whole raft of accompanying interventions that will realize a far more just and equitable distribution of resources among all people. Unless this happens, wildlife conservation is a lost cause.

How to engineer the transformation is the question. That it can be done, I have no doubt. If we can send people to the moon, Mars, and possibly beyond, then we can also do this one great thing here on Earth. We just have to stop fiddling…