By NewsroomJuly 23, 2020Science and technology
No Comments 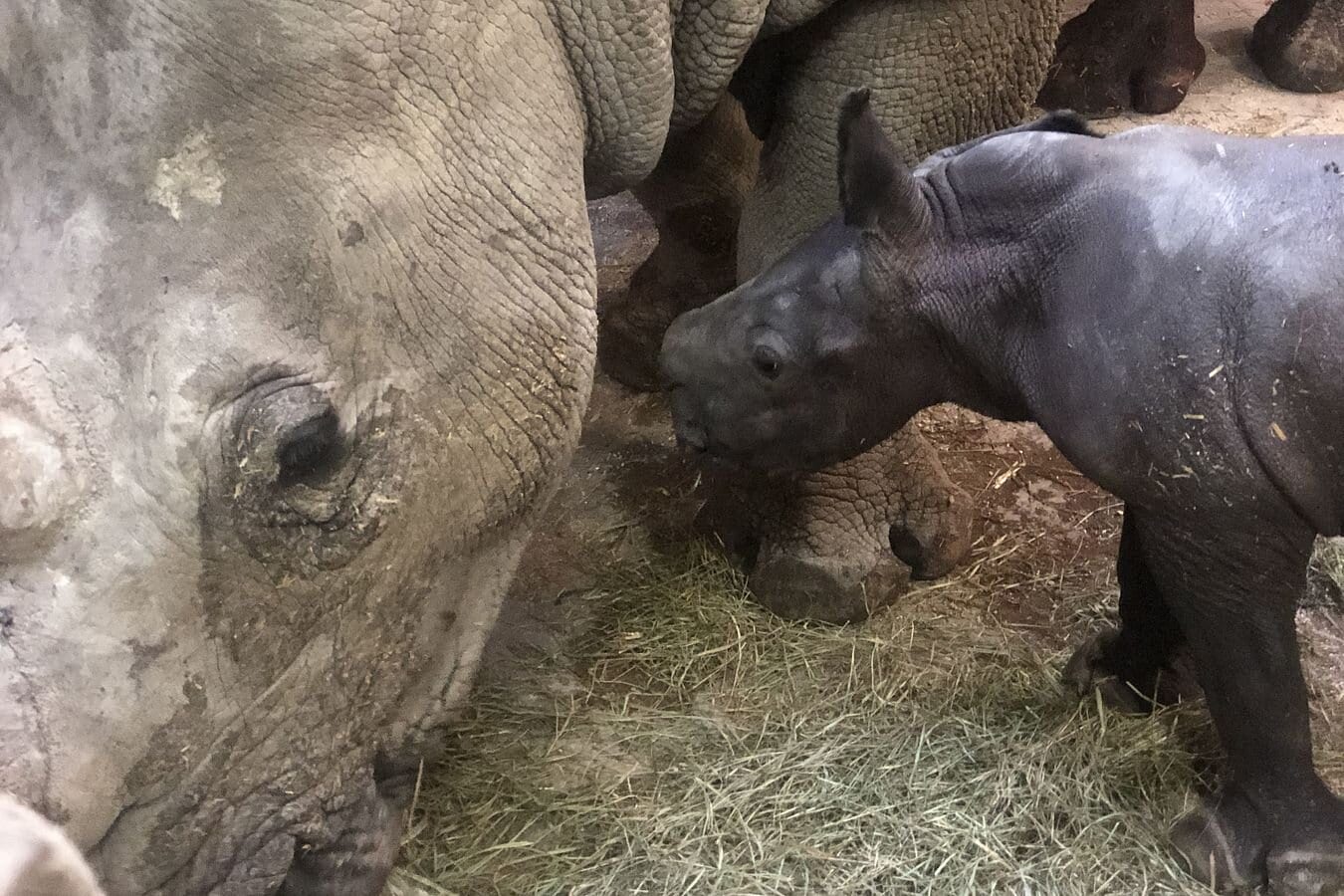 When exactly is a rhino offspring born? How long does the birth actually take? Does parturition proceed normally? Answers to these and similar questions are difficult for experts in zoological gardens, since baseline knowledge of the reproduction cycle of all rhinoceros species, especially its final stage, the parturition, is scarce. Scientists from the Leibniz Institute for Zoo and Wildlife Research (Leibniz-IZW) together with zoo veterinarians closely monitored 19 pregnant white rhinos in six European zoos and recorded timelines for pre-birth development, milk production, hormone levels, gestation length and documented the onset of parturition, different stages of labor and fetal position at birth. These data significantly improves the knowledge base for birth management and obstetrics in rhinos and will help to reduce the number of stillbirths or perinatal problems in zoological gardens. The results are published in the scientific journal “Theriogenology.”

The reproductive investment of slow reproducing species such as the rhinoceros is tremendous. The reproduction cycle in rhinos covers four to six weeks of oestrous cycle, about 16 months gestation and up to six months of lactation, summing up to a total of 1.5 to 2.5 years—one of the longest reproduction cycles in terrestrial mammals. Delivering a live and healthy calf is of key importance to ensure that the resources the female invested are not lost in the very last minute. “Birth and perinatal period represent the eye of the needle of the reproductive cycle to establish a new generation and to secure the long term survival of all rhino species,” says rhino specialist Prof Robert Hermes from the Leibniz-IZW’s Department of Reproduction Management. “Even though the birth of a live calf is particularly important in species with long reproduction cycles, there have been no data available that allow the prediction of physiological events during normal parturition in rhinoceros.”

Therefore, the IZW scientists and their zoo colleagues thoroughly monitored the Achilles heel of the reproduction cycle, the parturition. For the prediction of parturition, they recorded timelines for pre-birth udder development, genital swelling, milk production, behavioral unrest, the decrease of the pregnancy controlling hormone progesterone, and the gestation length in 19 pregnant white rhinoceros. Onset of parturition, different stages of labor, fetal position at birth and further important milestones during the perinatal period were recorded to describe normal parturition.

“The parturition of a white rhinoceros calf after 16 months and three weeks of gestation took on average seven hours and 38 minutes,” says Hermes. “Most of the rhinoceros labor is very subtle from the outside and may even remain unnoticed for the inexperienced observer. Yet, the last part of rhinoceros birth, the expulsion of the calf, happens on average in less than 25 min.” When rhinoceros calves were born head first (which was the case in 84 percent of recorded births), the final expulsion took less than 10 minutes. When the calf was born with its hind feet first, final expulsion took up to 45 minutes. “Short expulsion of the fetus, which weighs between 40 and 70 kilograms, is presumably important to avoid attracting unwanted attention from predators,” Hermes concludes. It took about 1h until the calf stood up and about 3.5 hours until it sucked milk for the first time. Exceptions from this norm may indicate birth complications that need obstetrical intervention.

Despite the fact that one out of six births in greater one-horned rhinoceros and white rhinoceros in zoological gardens results in stillbirth or perinatal death, there were only a few individual reports on obstructed labor (dystocia) and stillbirth available. Predicting the onset of birth and progress of parturition are fundamental for the recognition of dystocia and perinatal problems. “The results and data from our investigation will help caretakers of rhinoceros populations in human care to better predict and manage parturition, thereby reducing the current high stillbirth and perinatal death rates,” Hermes says. “This is a pivotal step in establishing a guideline for better birth management and obstetrics in rhinoceros species.”