Five white rhinos killed by poachers in November in Botswana 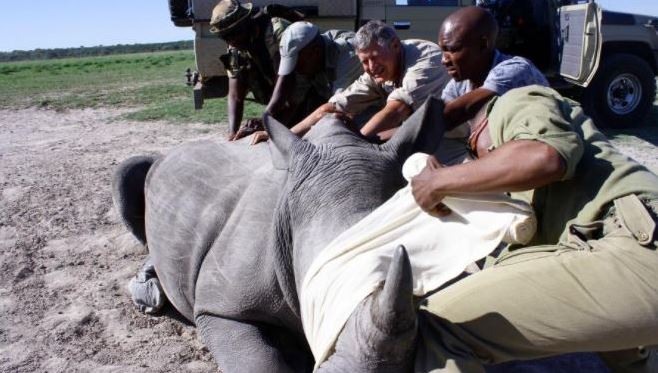 At least five white rhinos were killed and dehorned on different occasions in November, the Department of Wildlife and National Parks in Botswana confirmed Thursday.

The escalation of white rhino poaching in the pristine Okavango Delta, one of the United Nations (UN)’s World Heritage Sites, is a worrying trend, said Lesego Kgomanyane, the department’s spokesperson, in a statement.

“It is true that we lost at least five white rhinos to poachers in November alone,” Kgomanyane told Xinhua.

Kgomanyane said poaching remains the single biggest threat to white rhinos in Botswana and throughout its range. To save wildlife from poaching, anti-poaching efforts have been intensified in the area.

Between April and June this year, Botswana’s wildlife officials dehorned a number of rhinos and elephants in the country in order to save the animals from poachers.