By NewsroomFebruary 19, 2021Translocation
No Comments 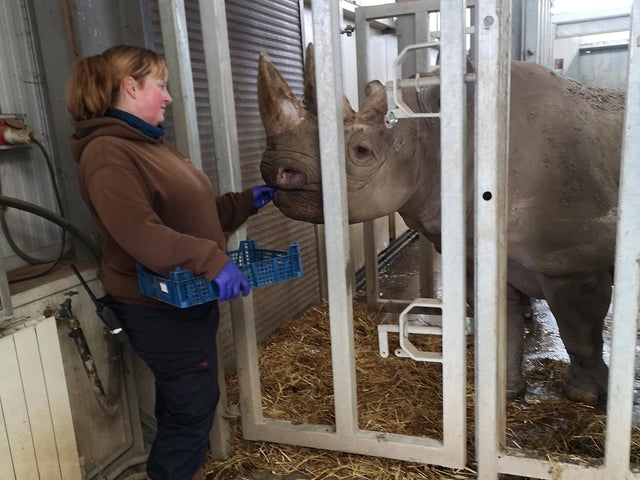 Chanua getting ready for her incredible journey. Image: As originally published by The Scarborough News.

The eastern black rhino can only be found in a handful of protected locations across Africa.

The eight-year-old rhino will be moving to Tanzania, the home of Flamingo Land’s conservation project UFP (Udzungwa Forest Project).

Chanua is currently being acclimatised by staff to her travelling conditions and is expected to embark on her mammoth journey shortly.

The release follows the relocation of fellow black rhino, Olmoti, into the National Park in Rwanda last summer, which was the biggest translocation of Rhinos ever completed in Africa.

Olmoti’s relocation was billed as a “once in a lifetime” conservation project to release a critically endangered black rhino into the wild.

Three year old Olmoti was released into the Akagera National Park in Rwanda, Africa, along with four other black rhinos from across Europe.

Speaking at the time Gordon Gibb, Flamingo Land’s owner, said: “Using our facility as a safe sanctuary to breed critically endangered animals is something we have been doing for decades.

“Our inspiration has always been to return offspring back to the wild and to replenish dwindling world populations. This is the only way of preventing the extinction of this majestic species.”